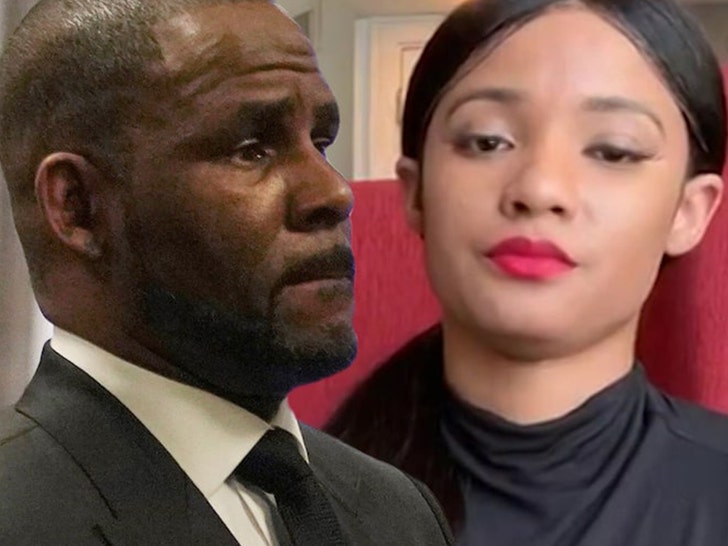 R. Kelly‘s got NO business getting out of jail — regardless of the coronavirus — according to the family of his GF, Joycelyn Savage.

The Savage family’s attorney, Gerald Griggs, says … if Kelly is released, it would place Joycelyn “back into the hands of a predator.” Not only that, but the family claims it would also put her at risk to potentially be infected by COVID-19.

Joycelyn’s family says it believes the best option for her is to continue to “socially and physically distance herself” from Kelly, adding that he is “right where he belongs” — penned up in Chicago MCC while he awaits trial in Illinois federal court.

We broke the story … the disgraced singer asked to be released from jail over fears he could be infected with the coronavirus. He wants to be released on bond and says he’s willing to wear electronic monitoring.

However, Kelly says he’d live with Joycelyn at an apartment complex in Chicago if he gets out, but clearly … that’s the last thing her family wants to see happen.

For the record … Kelly has not tested positive for COVID-19, and Joycelyn has not had any contact with her family since a confrontation outside a courthouse in January.

Another one of Kelly’s alleged victims, Lisa Van Allen, had an even stronger reaction to his request for release. She tells us, “This isn’t Monopoly, there is no get out of jail free card! Not for an infected toe or for a pandemic! You do the crime, you do the time, just like the rest of the inmates!”

She added, “Put your grown man pants on and deal with it like the rest of the world is doing! He’s where he needs to be. What better place to quarantine than in jail.”