In his new Amazon documentary ‘Justin Bieber: Our World,’ Justin Bieber expressed a desire to start trying for a baby with Hailey Baldwin at the end of this year.

Justin Bieber is ready for fatherhood. The pop star, 27, shared his hopes to try for a baby at the end of 2021 with wife Hailey Baldwin in his new Amazon Prime documentary Justin Bieber: Our World, which premiered on October 8. The revelation came during a scene wherein Hailey, 24, asked about his intentions following his 2020 New Year’s Eve concert.

“My intention for 2021 is to continue to set goals and have fun while doing them,” Justin responded. “Make sure I put my family first. And, hopefully, we squish out a nugget.” A shocked Hailey replied, “In 2021?” to which her husband asked, “The end of 2021? We start trying?” The model said, “OK, maybe. We shall see.” Her husband replied, “It’s up to you, babe.”

The “Baby” singer has been vocal about his desire to have children in the past. While on the Ellen DeGeneres Show in December 2020, Justin said he wanted to have “as many” children as “Hailey is willing to push out.” He told Ellen DeGeneres, “I am going to have as many as Hailey is wishing to push out. I’d love to have myself a little tribe, but yeah, it’s her body and whatever she wants to do.” 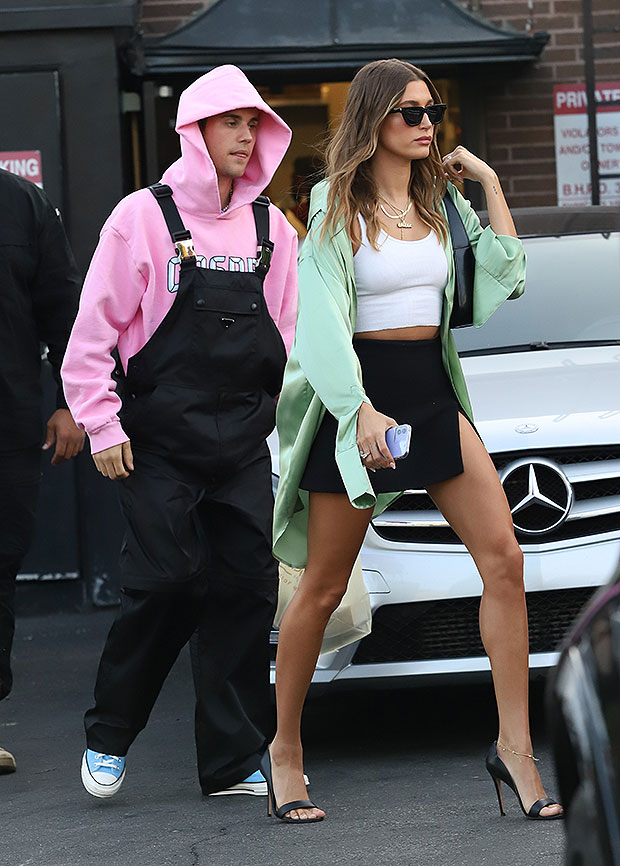 When the host asked what the “hold up” was, the “Peaches” singer further clarified, “I think Hailey still has things she wants to accomplish as a woman, and I think . . .  she’s not ready yet, and that’s OK.” Hailey, too, has signaled a desire to have children, but in her own due time.  “I love kids and I can’t wait to have my own,” she told Vogue Arabia in 2018. “I would say that now, that’s a closer reality, but definitely not anytime soon.”

The couple wed in September 2018 in an intimate courthouse ceremony in New York. A year later, they had a second, larger ceremony with family and friends in South Carolina. In his Amazon documentary, Justin also gushed about how much he loved married life. “Now that I have a partner to spend my life with, it’s been really good for my mental health,” he said. “It’s been really good for my heart, my spirit. So, you could be traveling all across the world and if I’m with her then I feel like I’m home.”