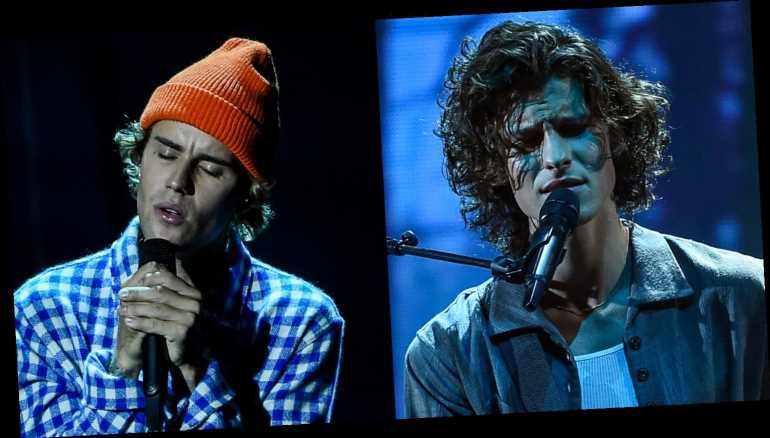 The 22-year-old “Wonder” singer took to the stage alongside the 26-year-old “Baby” singer for a performance at the 2020 American Music Awards, which is airing on Sunday (November 22) and taking place at the Microsoft Theater in Los Angeles.

PHOTOS: Check out the latest pics of Justin Bieber

Justin opened the show with a performance of his two songs “Lonely” and “Holy.”

Shawn then joined Justin on stage where they performed their new collab “Monster,” which they just released a few days before.

If you missed it, Shawn recently gushed about “being truly in love” with girlfriend Camila Cabello.

10+ pictures inside of Justin Bieber and Shawn Mendes performing together…