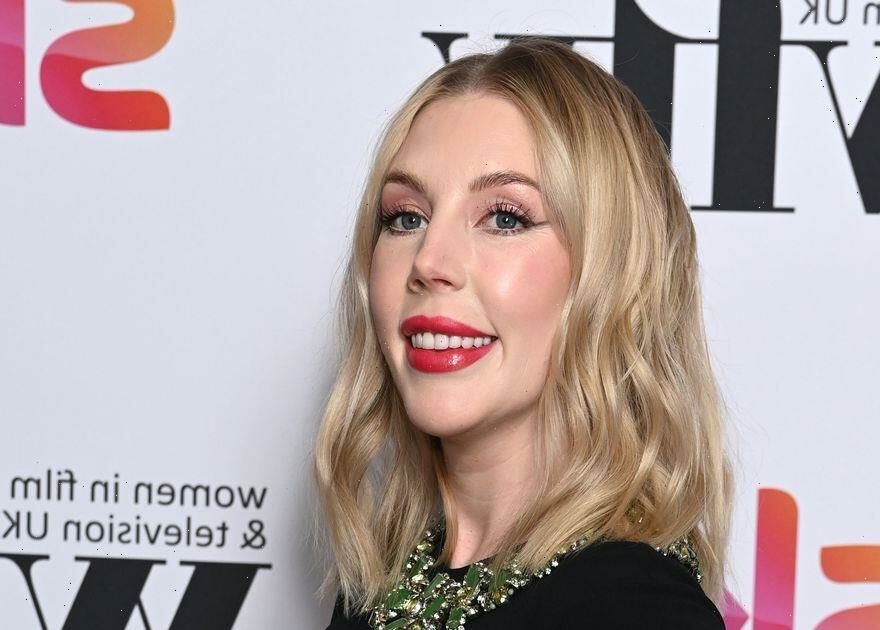 The Canadian star, 39, shared a sweet picture on her on social media, showing her as a teenager. In the shot she's wearing a cropped pastel pink bandeau top and white silk skirt.

Completing the outfit, the then-teenage Katherine opted for a minimalist glass necklace, frosted silver eyeshadow and pencil-thin eyebrows in the nostalgic shot.

As she smiles for the camera, she can be seen toasting the night with a bottle of fizz and a glass in hand as she sits in a limousine.

And Katherine still has a lot to celebrate as she recently welcomed her second daughter, Fenna Grace.

Her newborn has already received the celeb treatment and joined mum Katherine as she appeared on The One Show, at just three weeks old.

Seen sleeping in the arms of her father, Bobby Kootstra, the little one looked incredibly peaceful as she waited in the green room.

Fenna is the comedian’s third child. Katherine welcomed a son, Fred, in 2021, and she also has a 12-year-old daughter, Violet, from a previous relationship.

Mum-of-three Katherine gushed about her bundle of joy as hosts Alex Jones and Roman Kemp congratulated the star.

“Thank you so much. I love her, she's my best newborn yet.” Katherine quipped, before adding: “She's very peaceful, doesn't cry and finally one that respects me.”

Presenter Alex Jones seemed so taken with the baby girl, that she joked that it was making her want another baby.

“Uh- oh its making me broody," she told viewers.

Never one to miss out on a joke, Katherine soon began chanting “have another” as the pair giggled about motherhood.

Katherine also spoke about her new show, Romantic Getaway, which shows a couple desperately trying for a baby.

She appears alongside Romesh Ranganathan and was quizzed about a rather bizarre picture of her, taken by the A League of The Own star.

It shows Katherine fast asleep on the floor of her play, as cheeky co-star Romesh gives a big thumbs up to the camera.

When asked if she’d had one too many gin and tonics, Katherine explained: “I was so tired. I was in my first trimester of pregnancy with Fenna so I was working a lot and I have Fred who is 18 months now.

“I haven't slept in 18 months and I was so keen to do the series with Romesh but I happened to fall pregnant so I just fell asleep a lot. People thought I had problems, I was just tired.”