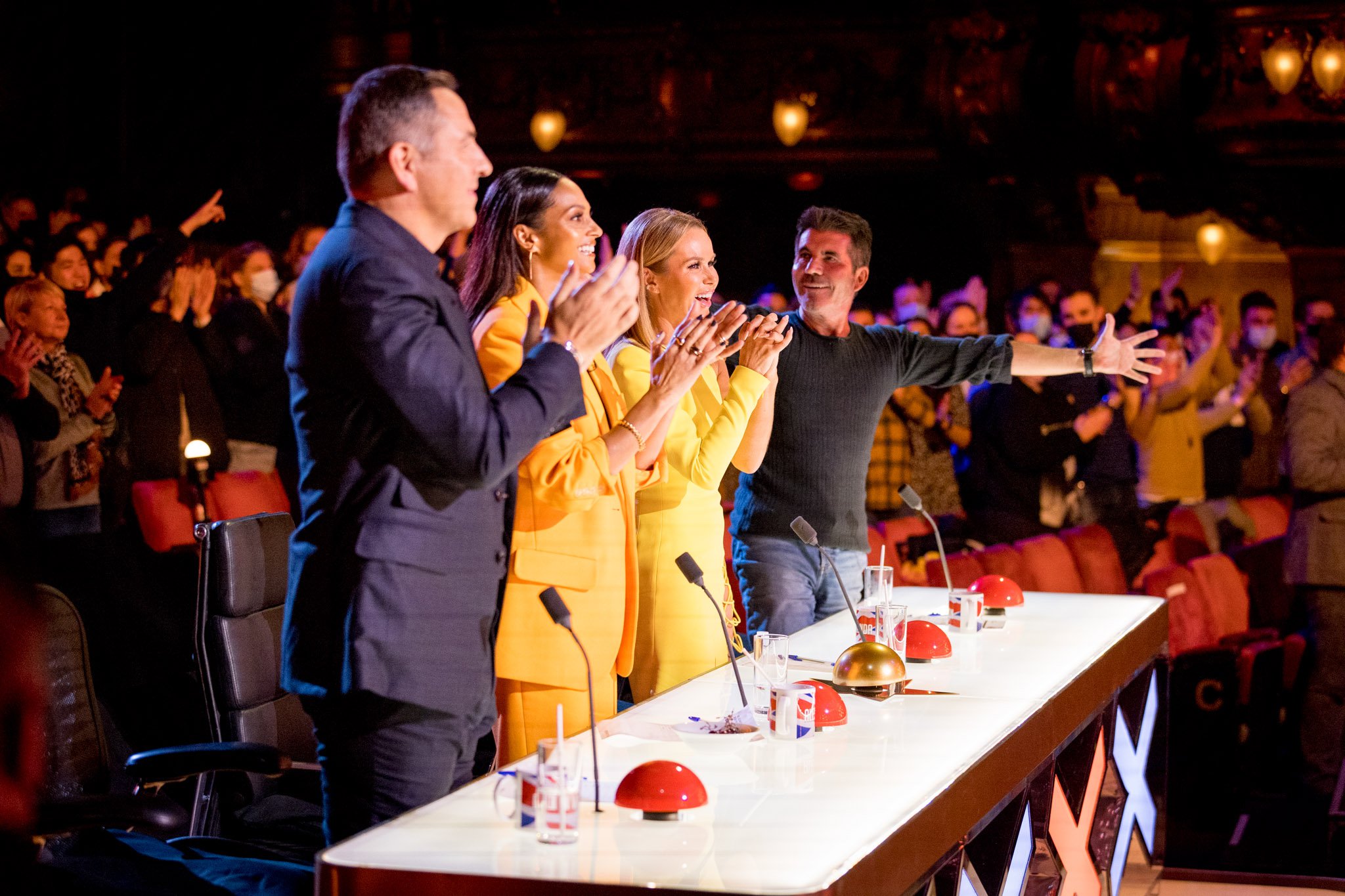 Britain’s Got Talent bosses have yet to find a judge to replace David Walliams and are now said to be looking at celebrity guests to join the panel as ‘panic mode’ sets in.

Little Britain star Walliams reportedly quit the ITV series in November after 10 years on the panel amid growing controversy that he had made disrespectful comments to an auditionee.

It was initially claimed that Alan Carr and Strictly Come Dancing’s Bruno Tonioli were in talks to fill the vacancy after Graham Norton turned down the offer, however, it seems as though neither stars signed contracts.

Insiders are now suggesting that Simon Cowell is looking to bring in a variety of guest judges for the auditions, which are due to kick off in just eight days.

‘Auditions start in just over a week and there is no confirmed fourth judge,’ a source said. ‘It’s not quite a disaster yet but it would be fair to say we are entering panic mode behind the scenes.’

They added to the Mirror: ‘Simon is quietly confident a deal will be done in time. But there’s less confidence with production staff, who haven’t got a clue what’s going on.;

Walliams’ exit came after a leaked recording caught him calling an elderly performer on the talent show the C-word three times.

He also said of a female hopeful: ‘She’s like the slightly boring girl you meet in the pub that thinks you want to f*** them but you don’t.’

His slurs were picked up by a microphone used to record chats between him and fellow judges Simon Cowell, Amanda Holden and Alesha Dixon at the London Palladium in January 2020.

Walliams issued a statement and said he would ‘like to apologise to the people I made disrespectful comments about during breaks in filming for Britain’s Got Talent in 2020’.

‘These were private conversations and – like most conversations with friends – were never intended to be shared. Nevertheless, I am sorry.’

Despite the backlash, co-star Amanda Holden, vocalised her support for him as she chatted to Good Morning Britain at the Variety Club Show Business Awards 2022.

‘I would like to see the judging panel look like it did before. I think we’re a great team, we’re a family,’ she said.

Asked directly if she was ‘Team David’, she quickly replied: ‘Of course I’m team David.’