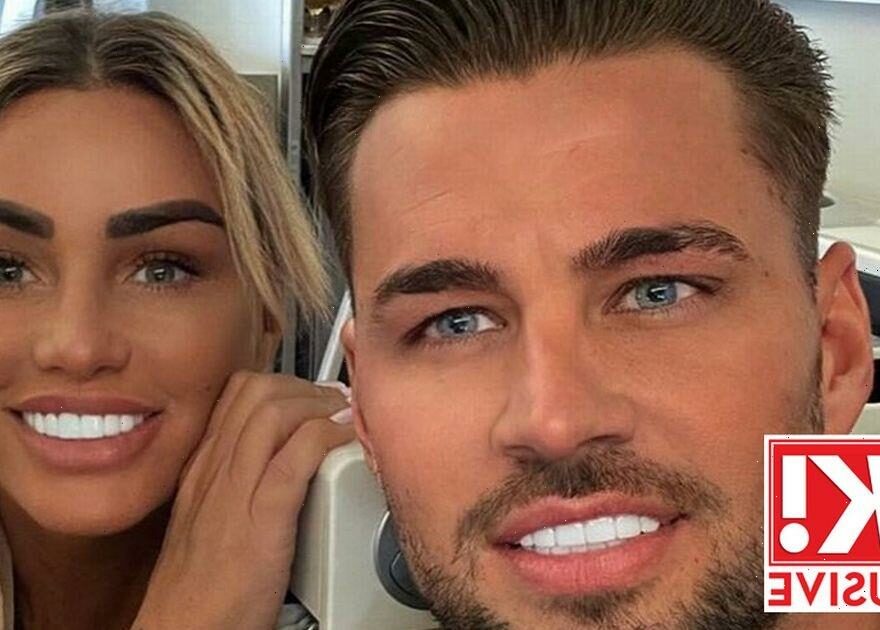 Katie Price and Carl Woods were once again plagued with rumours of a split last weekend, but a source says the pair are "stronger than ever" as they plan their wedding.

The 44 year old – who has already been married to Peter Andre, Alex Reid and Kieran Hayler – was pictured without her engagement ring and reportedly overheard telling people on a night out that "the couple had been rowing non-stop on holiday."

But a source tells OK! this couldn't be further from the truth and that the pair are planning their dream wedding abroad.

The source says: "Katie and Carl are in a really good place despite what people might think.

"The pair are stronger than ever and a wedding is most definitely on the cards – it could be happening a lot sooner than expected."

The source added the pair – who have been dating since June 2020 – have "already started looking at wedding venues in Italy and Spain."

Car dealer Carl, 33, took to Instagram to share an expletive-filled denial of the reported split, with Katie and her eldest son – 20-year-old Harvey – appearing in the background.

He continued: "Because you know something, you wanna know the truth? I’m the best f**king fella she’s ever had. And I’m the one that suffers the s**t, no one else."

During a TV interview last week, Carl also opened up about the effects the rumours are having on him, saying: "The truth never sells and this is what I’ve learnt. I’ve never experienced anything like this in my life.

"Unfortunately for Kate, she doesn’t know any different. I know what it’s like to have a normal life.

"When these things are happening, it’s just completely and utterly unfair. We’re living in a society where people are really believing this stuff.

"These newspaper articles, as far as I’m concerned, should be treated like fiction books.

He continued: "Everybody’s got feelings. I’m lucky that I’ve walked into Kate’s life and I’m thick-skinned, there isn’t much that gets to me.