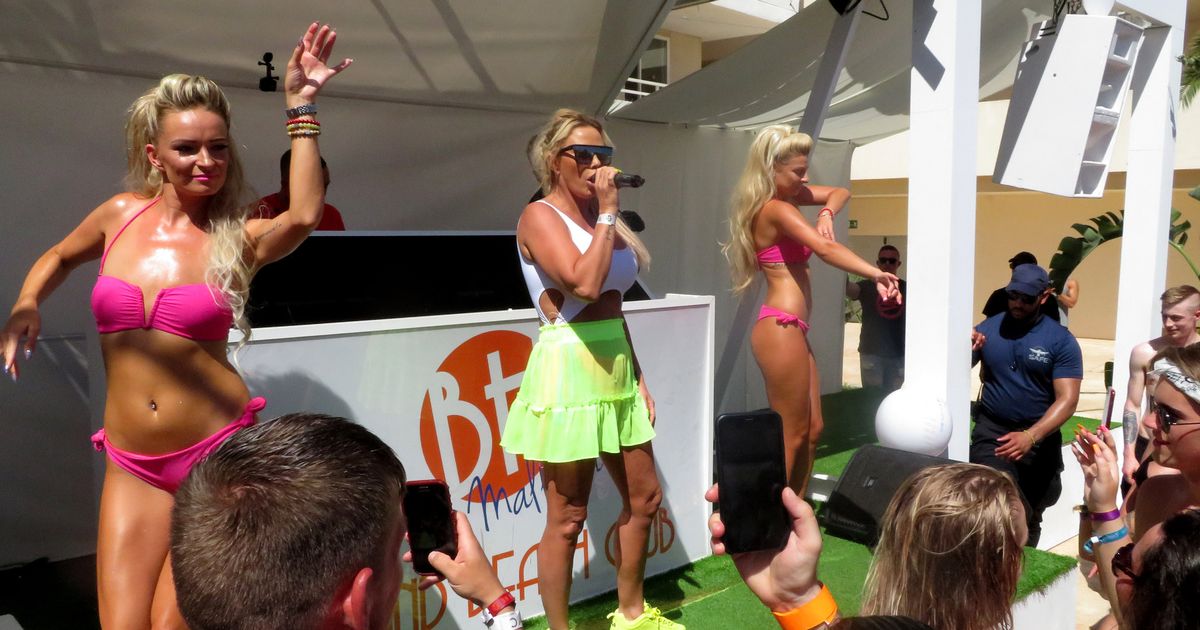 Katie Price has booked her first live gig in the UK since relaunching her music career by signing up for a performance at a Pride event in West Yorkshire next month.

The former glamour girl, 41, is preparing to release a new single called Hurricane and has now booked a public performance.

She recently gave punters at a G-A-Y event in London taste of her vocals and she also sang at her single launch party in Magaluf.

However, this will be her first major show as she will be providing the entertainment at the Keighley Cougars' Pride Party & Festival in Keighley, West Yorkshire.

The event is in conjunction with the Keighley Cougars Rugby League team and takes place at their Lawkholme ground on Sunday, July 14.

She will be performing Hurricane for the crowds.

Fans will also be able to buy special £50 tickets to the VIP bar, where they will be able to meet Katie.

They can also have Sunday lunch with her at the rugby club with tickets for that also being sold for £50.

News of Katie's gig comes weeks after she got off to a questionable start at the launch party for Hurricane in Majorca earlier this month.

She was caught on camera miming, singing out of tune and doing some questionable mum dancing on stage.

Her track is expected to be released on July 25.