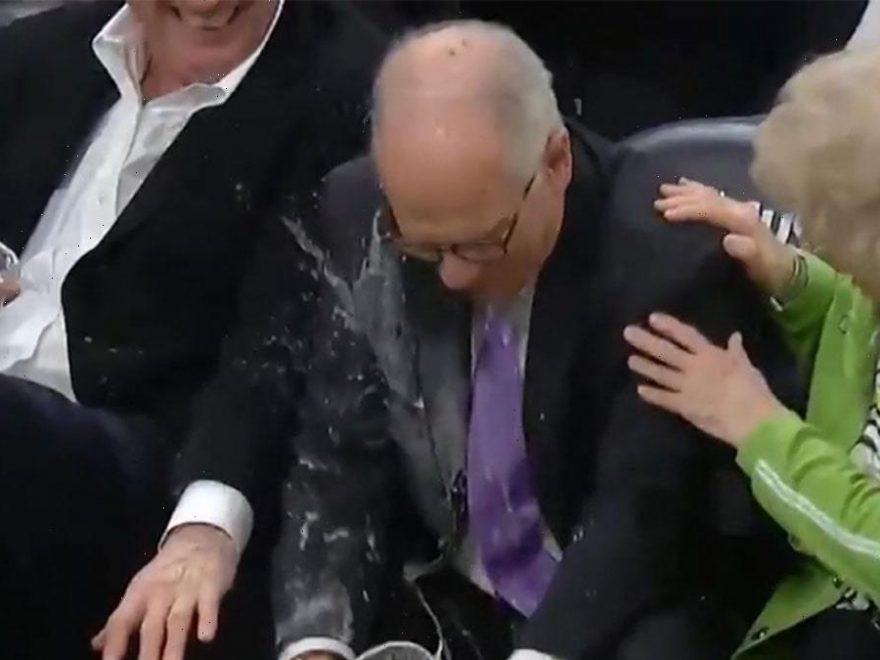 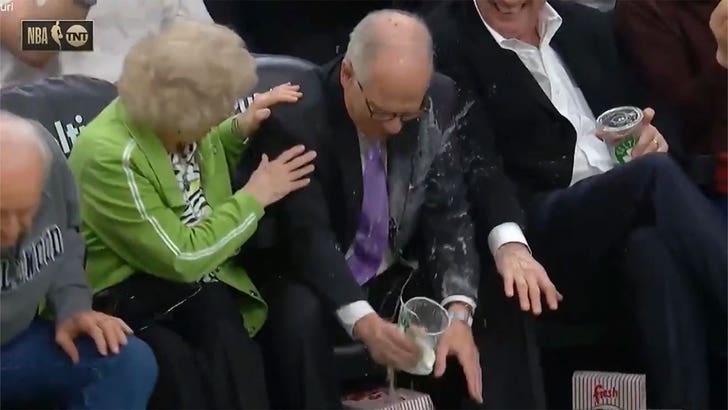 Tough scene for a super-rich guy sitting courtside in Boston on Tuesday … Kemba Walker drilled him in the chest with an errant pass — SPILLING HIS BEER EVERYWHERE!!

It all started when the Celtics superstar was trying to make a sweet play in the lane against the Brooklyn Nets … when he fired a bullet to his teammate for an easy layup.

The problem? Romeo Langford couldn’t handle the hot potato … and the ball went crashing right into some dude’s beer!

Check out the aftermath of the cold one’s explosion … the suds went all over the man’s suit — and some shrapnel even got on the guy next to him!!

To their credit … both guys took the spillage in stride, smiling and laughing about it.

Hopefully someone replaced the drink … ’cause that stuff ain’t cheap in the NBA.

Pour one out for Beantown.