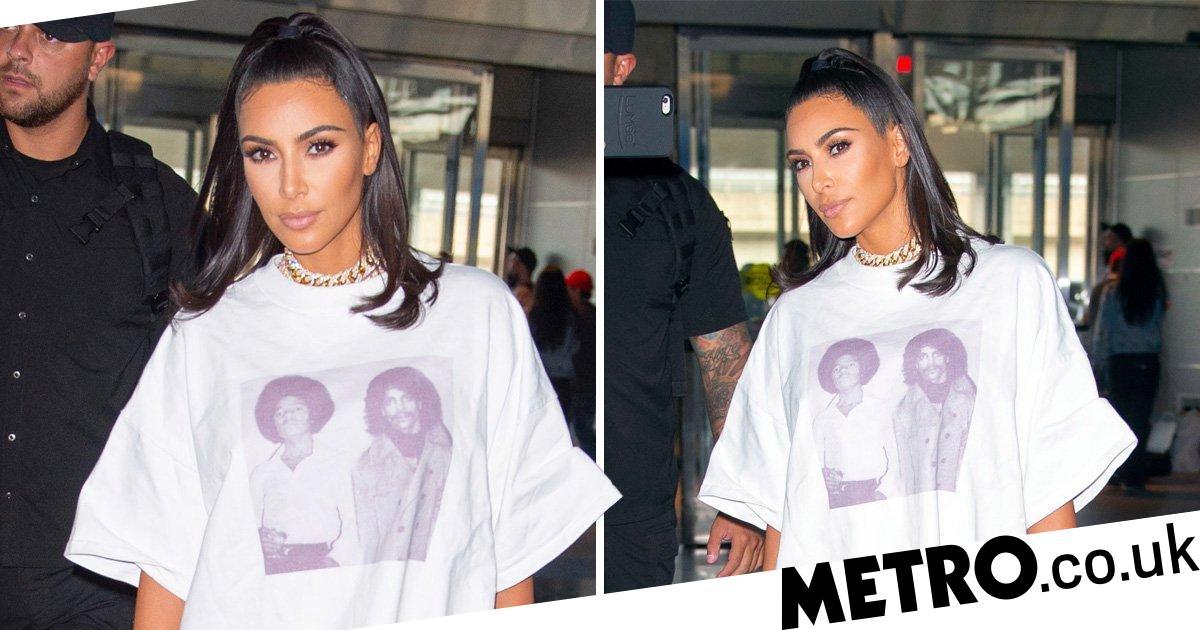 The 10th anniversary of Michael Jackson’s death passed with little fanfare, following the resurrection of sexual abuse allegations against the star.

So Kim Kardashian’s choice of outfit yesterday was particularly controversial.

The 38-year-old was pictured jetting into JFK Airport in New York on 25 June wearing a baggy t-shirt featuring a picture of a young Michael Jackson.

The tee was emblazoned with a faded purple photograph of Jackson standing next to Prince, who died in 2016.

It can’t have been too much of a coincidence that Kim chose to wear the t-shirt 10 years to the day after Jacko died aged 50.

While music fans mourned the loss of the Billie Jean singer, many chose to ignore the anniversary following the allegations of abuse made against Jackson in the documentary Leaving Neverland – allegations which have been strongly denied by MJ’s estate.

In the documentary, which aired earlier this year, Wade Robson and James Safechuck both accused the pop legend of molesting them when they were young boys.

Earlier this year, Kim was forced to speak out after her husband Kanye West seemingly defended Jackson after the documentary aired.

During his Sunday Service in January, Kanye, 41, said: ‘Then they gonna come with the Michael. We can all enjoy all their music all we want. I thought I wasn’t going to go there today. If we’re gonna tear down artists, let’s go ahead and take [Leonardo] da Vinci out the Lourve. Let’s take down all the art.’

His wife took to Twitter and wrote: ‘I’m going to nip this in the bud right now. Kanye was speaking about his own experience of everyone quick to say they are cancelling him because of differences in opinion & not being perfect.

‘The analogies were in context to his own experiences, not defending anyone else.

‘I want to make it very clear, he is not condoning anyone’s actions or unacceptable disgusting behavior. My husband’s words are being taken out of context due to timing.’

As per usual, Kim’s tee isn’t the only controversy she’s involved in this week.

The mum-of-four has got on the bad side of Jameela Jamil again due to her body make-up range, although others have pointed out the pros of the range.

And then there’s the copyright Kim submitted to own the business name ‘Kimono’ – which was obviously a not-so-good idea.