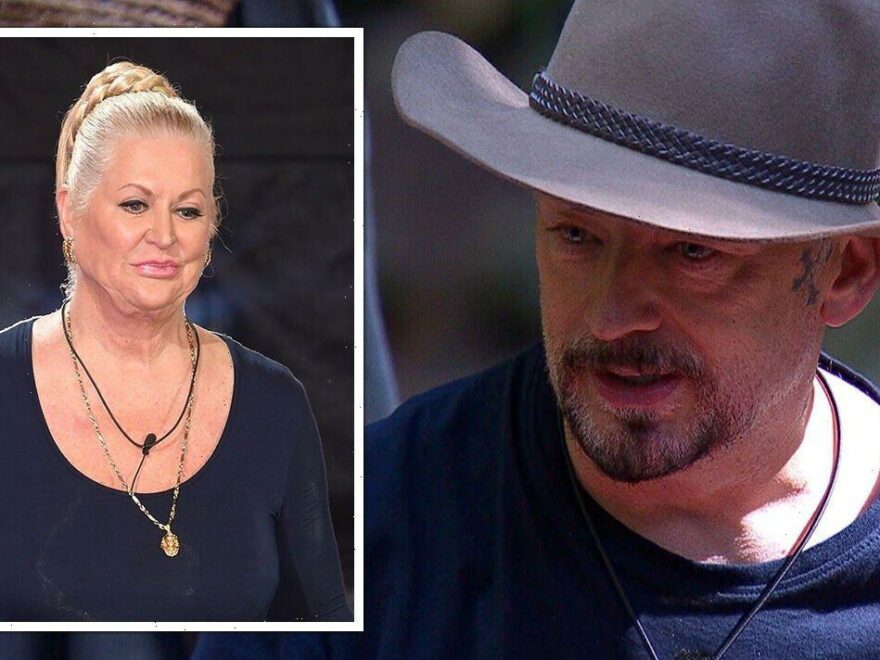 Kim Woodburn, 80, has blasted most of the contestants currently in the I’m A Celebrity 2022 jungle. Most recently, the writer and How Clean is Your House? star has taken aim at the Karma Chameleon singer, saying he is a “disgusting, vile man”.

She declared that George is simply “a washed-up entertainer” using the show to insert his name into the zeitgeist of current pop culture.

She admitted the singer did well in the first eating trial of the season, but added: “He’s behaving like a little b***h isn’t he?

“He’s just disgusting. Who the hell does that pipsqueak think he is?”

George’s Buddhist chanting and morning yoga session has turned some heads in the camp and Kim claimed she “wouldn’t put up with a minute of it”.

The writer insinuated the chanting is George’s way of staying at “the centre of attention”.

She wrote: “He reminds me of Peter Andre who turns everything into a song hoping a record company will snap him up.

Kim also isn’t fond of the Culture Club singer’s “judgmental attitude”, especially towards MP Matt Hancock, whose appearance on the show has been widely criticised.

She wrote: “I’m pretty appalled by this man actually. I’m appalled by his delusions of grandeur.

“He has the nerve to look down on Matt Hancock.

Kim also pointed out what appears to be a sore spot for the singer: his jail time in 2009.

George spent four months in prison out of a 15-month sentence for tying up and assaulting a male escort, although he still vehemently denies the assault.

Kim slammed George saying in light of his crime: “You’re lucky the politician speaks to you. You make me sick, you two-faced little turd.

“You disgusting, disgusting, vile man and you have the nerve to look down on our politician.”

As eliminations begin to loom in the competition, Kim said she’d like to see George go first.

She wrote: “As for the upcoming eliminations, I’d like to see Boy George gone. He’s behaving in a gross, bossy, horrible manner.

“Sorry, my love, you’re no longer a big star.

“The world was his oyster, but the world now is only a clam! Get out.”

I’m A Celebrity continues at 9pm on ITV.