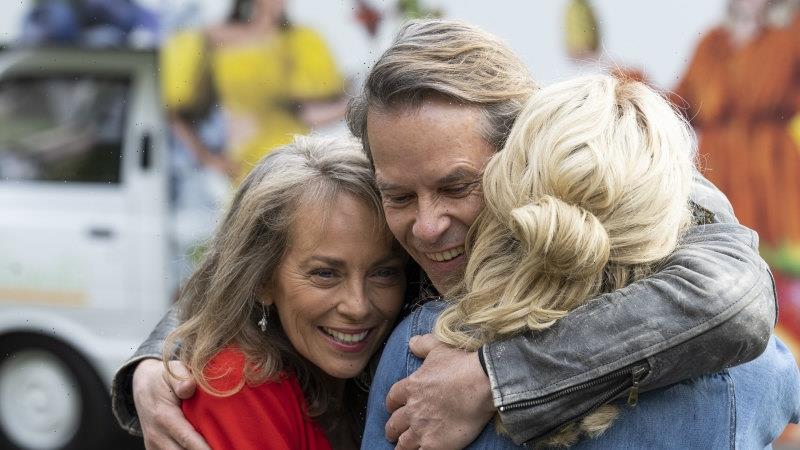 “And on the third day, Neighbours rose to life.” In truth it’s taken closer to four months than three days, but even in the world of television soap operas, which love a thrilling back-from-the-dead twist, the resurrection of Neighbours is nothing short of a miracle.

But it is also a monumental gamble, mostly for Amazon, who are sinking the bulk of the cash into it. Were it not for the oddly out-of-whack funding model for the series – that its key overseas buyer sinks more into it than either its studio or Australian broadcaster – the show would not have been cancelled in the first place. 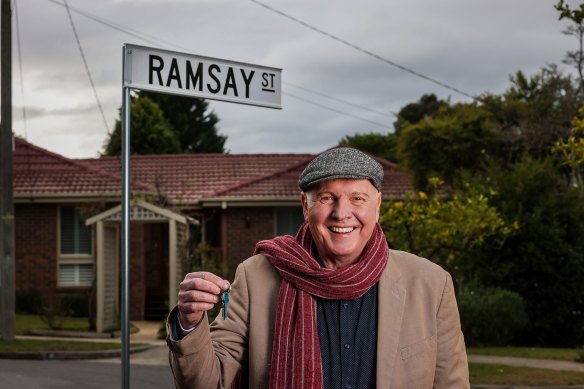 For Amazon, which plans to launch the series in the second half of 2023 on Prime Video in Australia and New Zealand, and on its streaming sibling Freevee in the US and the UK, there remains the challenge of parlaying a noise-making, headline-generating commission – everyone in TV loves one of those – into a programming asset which delivers value to Amazon long after the noise has receded.

And how do we measure the value, in hindsight, of Scott (Jason Donovan) marrying Charlene (Kylie Minogue), or the death of Daphne (Elaine Smith), in 1988, in a car accident, watching in horror as Harold (Ian Smith) was swept out to sea in 1991, or from the sidelines, as Karl (Ian Fletcher) and Susan’s (Jackie Woodburne) marriage disintegrated in 1998? 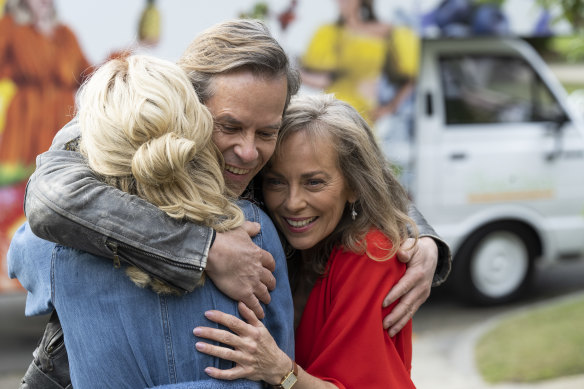 And what do we make of the fact that Neighbours, measured by the basic arithmetic of television, should never have been cancelled in the first place? With almost a million viewers a day, it was the UK’s fourth most popular soap, behind Coronation Street (5.5 million daily viewers), Emmerdale (4.8 million) and EastEnders (3 million). 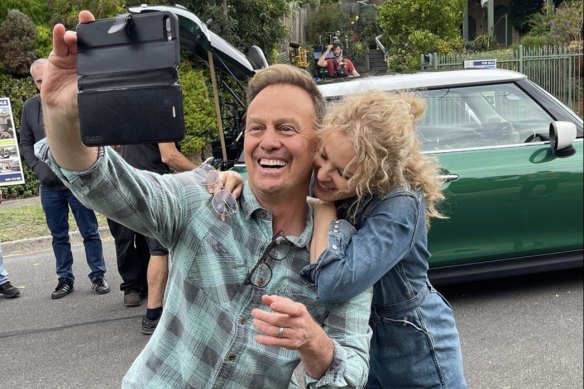 Jason Donovan and Kylie Minogue return to the set for the show’s 2022 finale.

All of that points to the fact that it is a smart decision by Amazon, albeit a late one. According to reports, Ten will have first-run rights, and then the episodes will stream on Amazon’s Freevee. But it also points to a big gamble given we’re talking about show that will, when it returns, land comfortably back into its slot, with a small audience, and the inevitable pressure of deliver or die.

Even for Days of Our Lives iconic supervillain Stefano DiMera, a man who came back from the dead more times than any other character in television history, the miracle of resurrection is not, on its own, anything resembling a guarantee.

It is also an illuminating shift in the tectonics of streaming television. Once there was Netflix, the great disruptor. A decade later and Disney+ is the dominant player, no-cost competitors such as Tubi and Freevee are gnawing their way into the market and the idea of Netflix being bought out by a bigger entity has gone from implausible to possible. Is inevitable the next step?

The history of television is replete with eleventh-hour rescues and reboots which came to nothing. The Golden Girls came back for one last season as The Golden Palace, All in the Family as Archie Bunker’s Place, Galactica: 1980 from Battlestar: Galactica, After M*A*S*H from M*A*S*H and Joey from Friends. None of them worked. 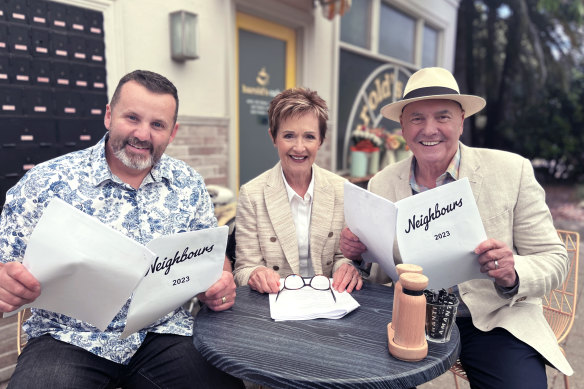 Indeed, one of the few exceptions to the rule is Neighbours itself. Commissioned and then cancelled by the Seven Network in 1985, it was rescued by Ten in 1986, given the creative equivalent of a lick of paint and relaunched. It would go on to become a cultural institution, give us Kylie, Jason and Guy, and deliver more than 8900 half-hour episodes.