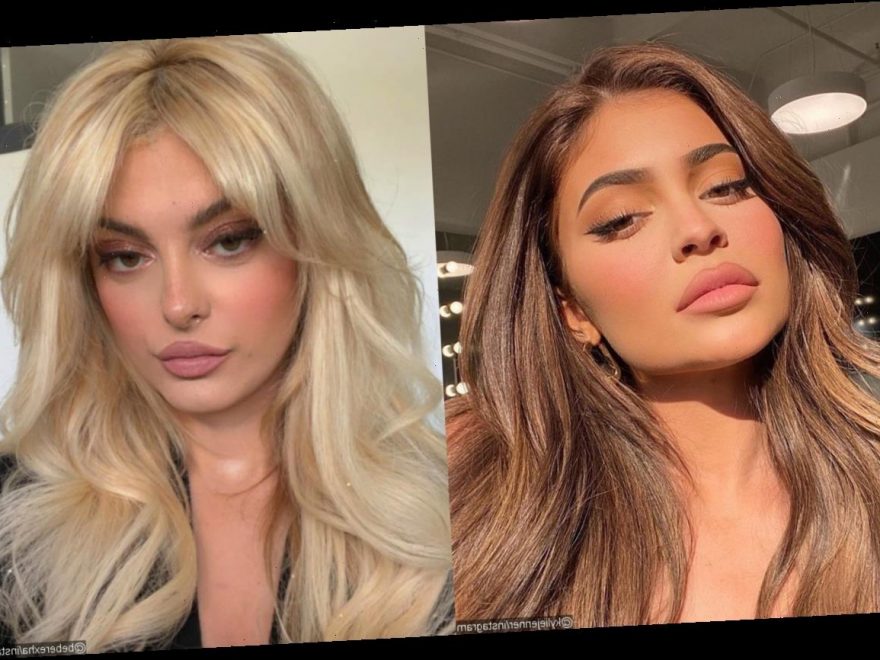 Finding it important to ‘clear up this false narrative that she has asked fans for money,’ the ‘Keeping Up with the Kardashians’ star stresses she tries to be helpful whenever she can be.

AceShowbiz –Kylie Jenner has reacted to the backlash sparked by her donation request for a makeup artist. Having found herself landing in hot water for sharing a Go Fund Me page for Samuel Rauda’s brain surgery, the “Keeping Up with the Kardashians” star made time to clarify her relationship with him, and received support from Bebe Rexha.

The 23-year-old makeup mogul set the record straight via Instagram Story on Monday, March 22. “i feel it’s important for me to clear this false narrative that i’ve asked fans for money and am not paying for my makeup artist’s medical bills. Sam isn’t my makeup artist and unfortunately we don’t have a personal relationship anymore but i have worked with him a few years ago and i think he’s the sweetest,” she began her lengthy message.

Kylie claimed that she learned about Samuel’s accident from her current makeup artist, Ariel Tejada. “After learning in more detail about the accident it compelled me to visit his gofundme which was set at 10k. They had already raised 6k and i put in 5k to reach their original goal and thought i’d post it on my stories to raise more awareness if anyone also felt compelled to share or donate,” she further explained.

The daughter of Kris Jenner continued, “I don’t know how all of this got so twisted but his family has reached out through Ariel and are very appreciative of all the donations, prayers, and love towards Sam.” In another post, she stressed, “Anyone that knows me knows that I do things from the heart and try to be helpful whenever I can be.”

“Let’s all stay positive and keep Sam, his family, and anyone you know who is going through a difficult time in out prayers,” the younger sister of Kendall Jenner went on to urge people to focus on what is more important. “I hope you have a beautiful day and let’s encourage each other to help.”

Kylie came under fire after handing out $5,000 to Samuel via a Go Fund Me page she promoted on Instagram Story. The fundraising itself was originally set to reach $10,000 to pay his medical care and got updated to $120,000. Many on Twitter have since argued that the reality star could have given more considering that she is a billionaire.

Amid the criticism, Kylie found defenders in many, including Bebe who wrote on Twitter, “First of all you guys need to get your info correct. I’ve never met Kylie and I don’t know her. But this is not her friend, it’s not her makeup artist. She posted this too help her friend who is his friend. And she gave 5k to someone who she prob met only once. Y’all are bored.”

Bebe went on in a following tweet, “It’s not anyone’s business how anyone spends their money. Period.” When someone told her that he/she would “cover all the costs” while having the amount needed, the 31-year-old music star replied, “But that’s your prerogative. You have to do what you feel in your heart.”

“Also Samuel is in the hospital right now and everyone is picking on Kylie Jenner,” Bebe concluded in her last tweet. “So instead of doing that go give a dollar to his go fund me. Thanks bye.”