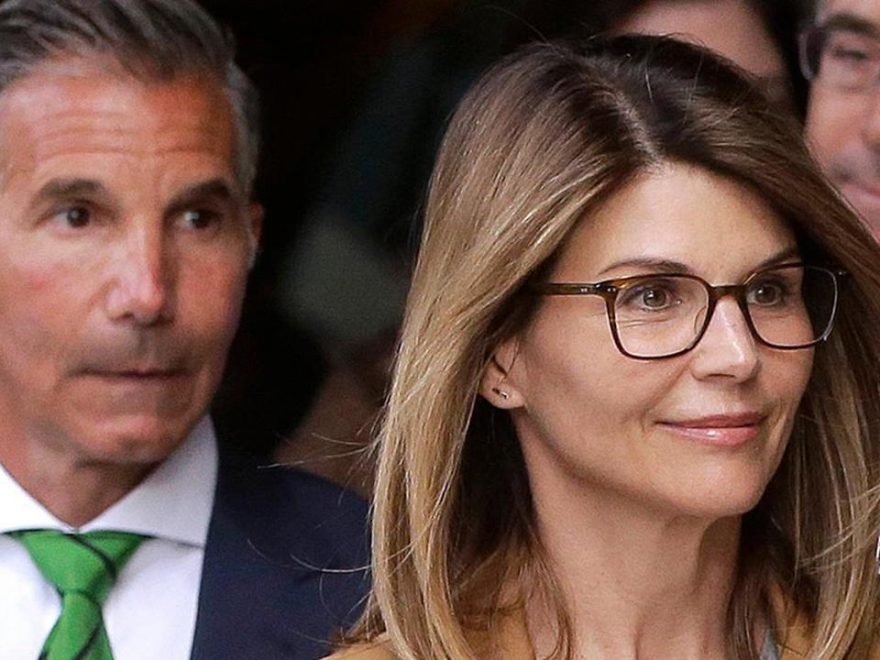 College admissions scandal: Lawyers for Lori Loughlin and others due in court

Prosecutors say actress Lori Loughlin and her fashion designer husband paid half a million dollars to fake their two daughters way into USC, but the celebrity couple is fighting back; Rick Leventhal reports.

Lori Loughlin and Mossimo Giannulli are sticking together in their upcoming trial stemming from their alleged roles in the college admissions scandal.

In court documents obtained by the Mercury Press, the former "Fuller House" star and the fashion designer waived their right to separate representation in the case.

“Giannulli and Loughlin are innocent of the charges brought against them and are eager to clear their names,” the couple's attorneys wrote in a filing this week. “And they believe their interests will be advanced most effectively by presenting a united front against the Government’s baseless accusations.”

The couple’s attorneys from Latham & Watkins said that their clients want a “common defense” and that they understand the risks, including the frequent legal argument that “the best defense for one client may depend on compromising the defense of the other client.”

Loughlin and Giannulli's attorneys said in their filing that contrary to the typical legal belief, “a common defense often gives strength against a common attack … Whatever happens, Giannulli and Loughlin will have their interests fully protected, and the case will proceed without undue delay.”

Loughlin, 55, and Giannulli, 56, are accused of paying $500,000 in bribes to admissions scammer William "Rick" Singer to get daughters Olivia Jade and Isabella recruited to the University of Southern California (USC) crew team, despite neither girl ever being a rower.

The pair rejected the plea deal that other parents allegedly involved in the case — including Felicity Huffman — accepted, reportedly because it included jail time. They were subsequently slapped with additional charges of money laundering and conspiracy. They each face up to 40 years behind bars if convicted of all counts.

Giannulli and Loughlin are due in court on Aug. 27, where they're expected to announce their co-defense as well as address an alleged potential conflict of interest issue: Latham & Watkins represents the USC in an unrelated real estate dispute.

Previous reports claimed that the disgraced pair would use ignorance as their defense. Sources close to Loughlin and Giannulli claim that the couple believed scam mastermind Singer was a "facilitator." They allege that Singer didn't inform Giannulli or Loughlin that their $500,000 was specifically being used as a bribe for the USC rowing coach.

However, the pair was allegedly aware that Singer wanted photos of their daughters on a rowing machine, but reportedly weren't explicitly informed as to how the photos would be used.

Sources previously said that while Loughlin and Giannulli haven't seen eye to eye on everything in the case, they're fighting the charges "as a team."

An insider told People, “Lori in particular has become extremely well-versed in the case. She’s an active participant in her own defense, feels like she’s got a valid defense and that when all the evidence comes out, she won’t be found guilty."