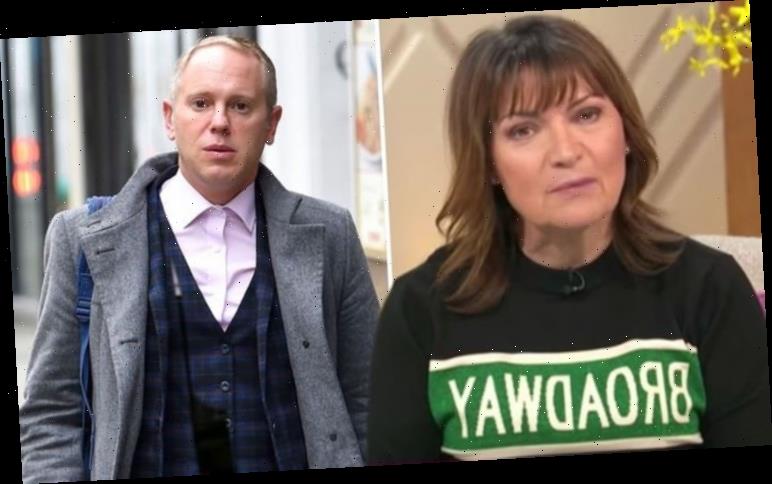 Lorraine Kelly, 61, branded the crime “hideous” as she responded to Judge Rinder’s tweet yesterday. The 42-year-old barrister told fans the culprits laughed at him when he tried to get his phone back off of them. He wrote: “I’ve just had my phone grabbed out my hands by 3 boys wearing balaclavas on bikes (Finchley Road & Canfield gardens).

I’m so sorry – and hope you are ok

“They laughed as I shouted to drop it. Im in shock but am insured & privileged.

“Others are less lucky. Help me find these people & stop them (financial reward).”

Lorraine shared the tweet in view of her 639,000 followers, writing: “Oh no. This is hideous. 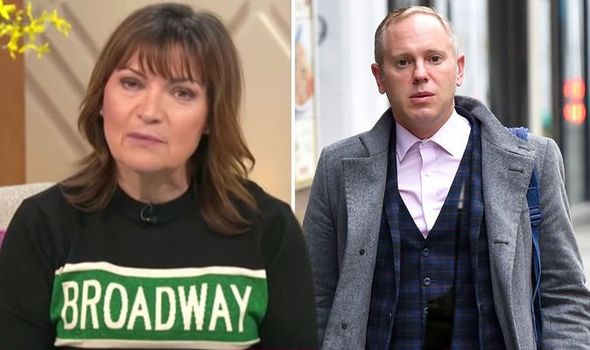 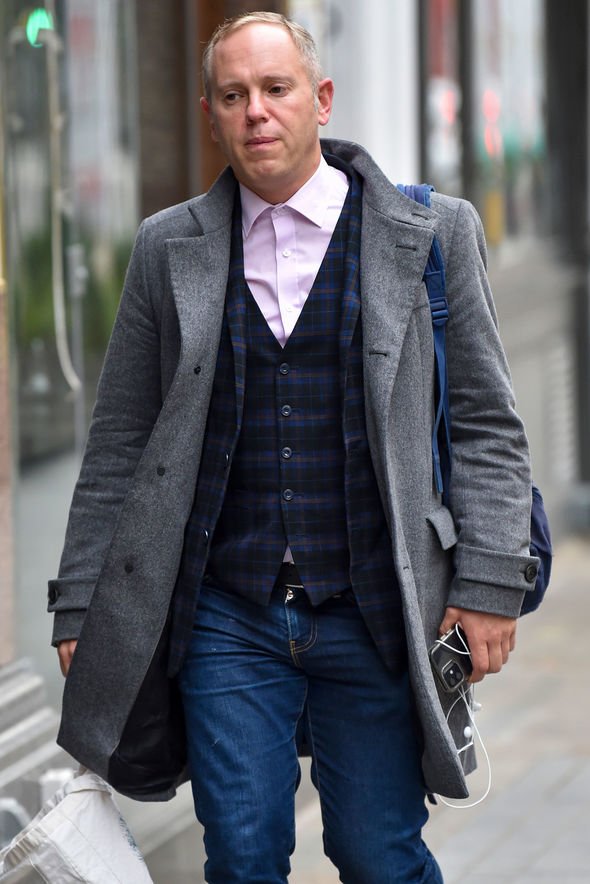 She wrote: “I am so sorry Robert. I don’t care about privilege, nothing about what happened to you is ok.

“No one, absolutely no one likes a teefing little rass.”

“Hear that. The ‘privilege’ is knowing that I can sort this out and get it replaced,” he replied. 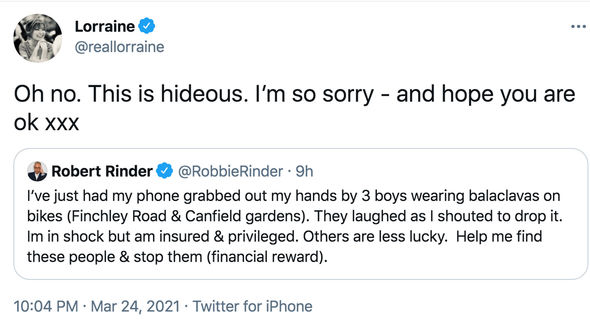 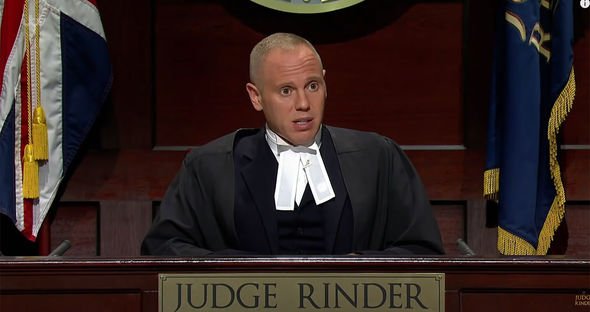 “As you know, our phones are lifelines to friends & family (especially in lockdown).

“For thousands of other victims this means being cut off or losing a fortune. Thanks for your love.”

A Scotland Yard spokesperson told Express.co.uk: “Police are investigating after receiving a report of a theft at approximately 20.40hrs on Wednesday, 24 March on Finchley Road.

“Three males dressed in black approached the victim and took his mobile phone.

“Enquiries are on-going. No arrests at this early stage.”

This week, Lorraine also reached out to Kate Garraway, whose husband Derek is still in hospital after a year-long health battle.

Kate gave viewers an insight into his journey in a documentary titled Finding Derek.

During the film, she revealed her spouse was the sickest patient the doctors had seen.

His health battle began when he contracted coronavirus in March last year.

Lorraine commented: “Heartbreaking but such courage, humanity and strength @kategarraway – you are incredible! #FindingDerek.”

As Kate thanked fans for their support, the presenter added: “So brave.”