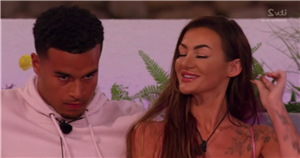 In a bid to spice things up, Love Island bosses are introducing a Hideaway to Casa Amor for the first time.

Adding some much-needed drama to the series, Casa Amor will hit our screens on Monday, with the boys and girls separated in a bid to test their relationships via a whole new cast of Love Islanders of the opposite sex.

A Love Island source told The Sun: “Casa Amor is usually the point in the series where drama kicks off as Islanders are tempted by the shiny new contestants.

“Producers throwing a new Hideaway into the mix will heighten temptation to not only shack up with someone but maybe go further.

“The main Hideaway has seen a little bit of action so far but the new one might get christened even sooner.”

The main villa’s Hideaway has seen some action this series with Toby Aromolaren, 22, and Chloe Burrows, 25, getting “hot” under the covers when they were chosen by fellow islanders to spend a night in there.

However things for the couple turned from steamy to icy in last night’s episode when Toby chose to couple up with newcomer Abigail Rawlings, 27, and fellow islander Hugo Hammond, 24, slammed Toby for his treatment of Chloe.

The PE teacher laid into Toby after he chose to recouple with new bombshell Abigail who previously said she would “steal him” from Chloe.

Speaking about Chloe while choosing what girl he'd like to recouple up with, Hugo said: “Not only is she out of this world beautiful, she is super intelligent, she is funny, and whenever I am with her I am definitely at my happiest.”

But it didn’t stop there. Adding more fuel to the fire, Hugo continued: "If I'm completely honest, she doesn't deserve to be treated how she has been in these past 24 hours.

To which Chloe nodded by responding: “Say that again.”

Hugo continued: “I firmly believe a lot of this test stuff is complete bulls**t.

"You deserve someone who’s honest, communicates with you and who knows what could happen, stranger things have happened. So, the girl I would like to couple up with, is… Chloe."

This meant newbie Georgia Townend, 28, was dumped from the villa.

To read all the latest on Love Island sign up for OK!'s daily newsletter here.