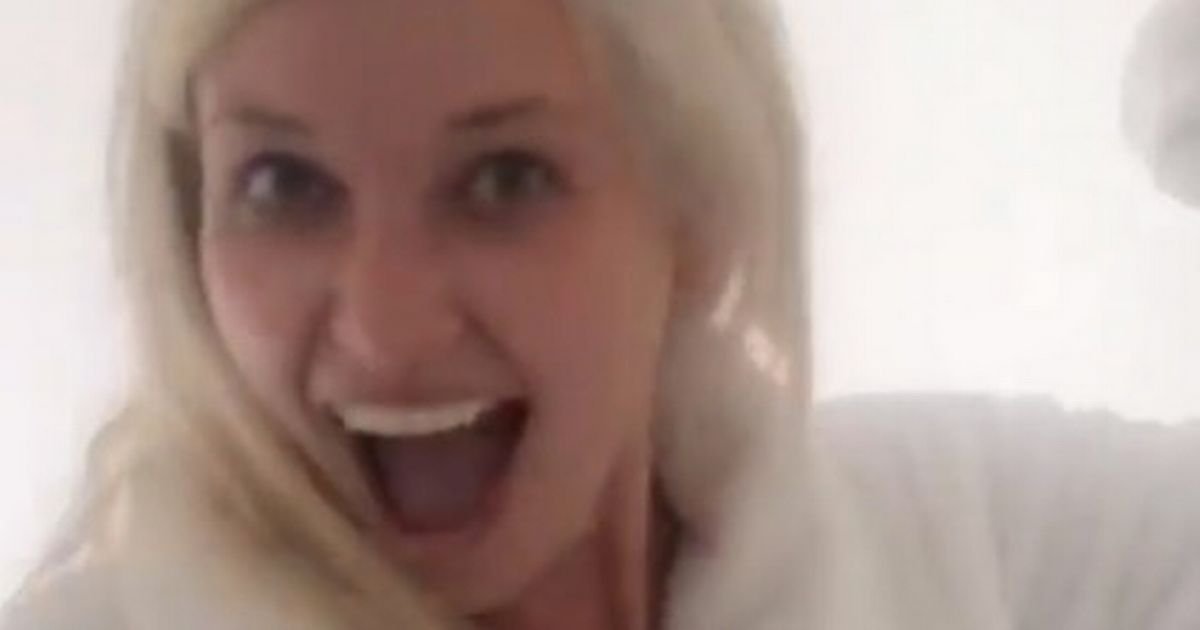 Love Island star Amy Hart has poked fun at herself by recreating her bizarre villa stair walk at home.

The former air stewardess became a viral sensation last month after she was seen stomping up the stairs in a very unusual way.

She'd just had a huge row with Curtis Pritchard over a kissing challenge, but the drama was overshadowed by Amy's strange leaps as she marched up to the first floor.

As she tried to get away from a grovelling Curtis viewers were in hysterics branding her run up the stairs like a velociraptor and the funniest thing they'd ever seen.

She's now acknowledged the hilarious moment by recreating it in her own home.

Amy, who quit the show after her split form Curtis, was seen staggering up the stairs, leaping several steps at a time as she flashed a huge smile for the camera.

Amy's original stair-storming came after Curtis marked her seven out of 10 in a blindfold kissing challenge.

While the score seemed pretty average, he then went on to give new girl Arabella Chi a confident 10 out of 10 – which left Amy seething.

The relationship later crumbled after Curtis' head was turned during the Casa Aor stage.