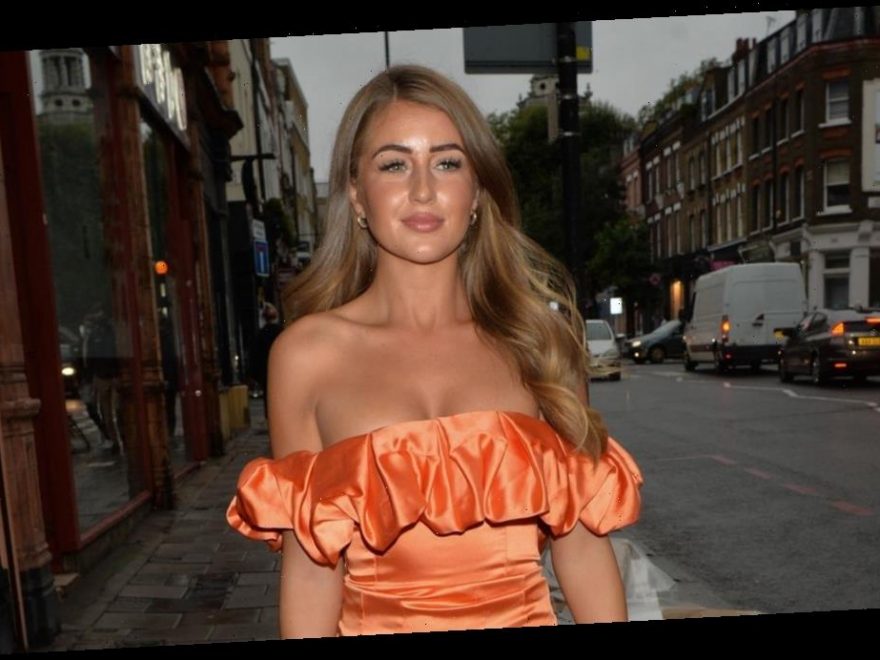 Love Island star Georgia Steel may have just found someone to be loyal to.

The reality TV star is reported to have gone after Manchester United footballer Mason Greenwood during a night out in London.

According to sources Georgia and her friend were in trendy restaurant and bar Amazonico when they spotted Mason out with his mates.

A source told The Sun: “Georgia was proper on the prowl that evening and went over to Mason and his group of mates.

“Mason really hit it off with them, especially Georgia. They flirted and then exchanged numbers.”

A source close to Georgia added: “Georgia was just out with a group of friends enjoying a meal on Saturday evening.”

Georgia is back on the market after splitting with her fiance Callum Izzard earlier this year.

The reality TV star couple had got engaged after just one month of dating, but reports surfaced that suggested their relationship was over.

Georgia, 22, then spoke about the split for the first time during an interview with FUBAR Radio’s Access All Areas.

The stunning star explained when asked about the breakup: “I’m a good believer in everything happens for a reason and I’m just rolling with it to be fair.”

Georgia, who met Callum while filming Ex On The Beach, added that she isn’t looking to start a new relationship any time soon.

She explained: “I just want some time now to just focus on myself and I’m not really wanting to rush into anything. I’m just wanting to take every day as it comes.

“Obviously I want to get over that whole thing firstly.”