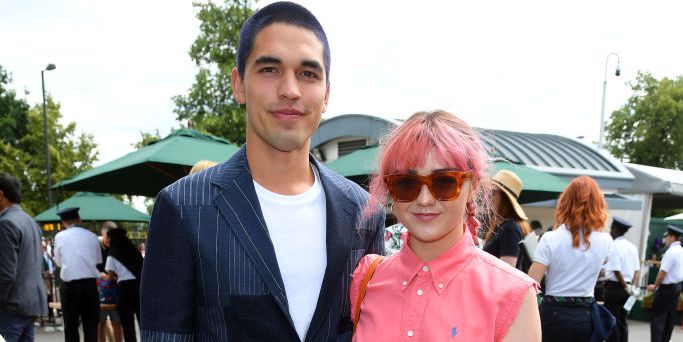 Maisie Williams went for a pretty in pink look at Wimbledon today, sporting a bright Polo Ralph Lauren sleeveless shirtdress that matched her blush-colored hair. The Game of Thrones star kept her hair pulled back in sweet pigtail braids and completed her semi-sporty ensemble with white sneakers, a sweater tied around the waist, and oversized sunglasses. 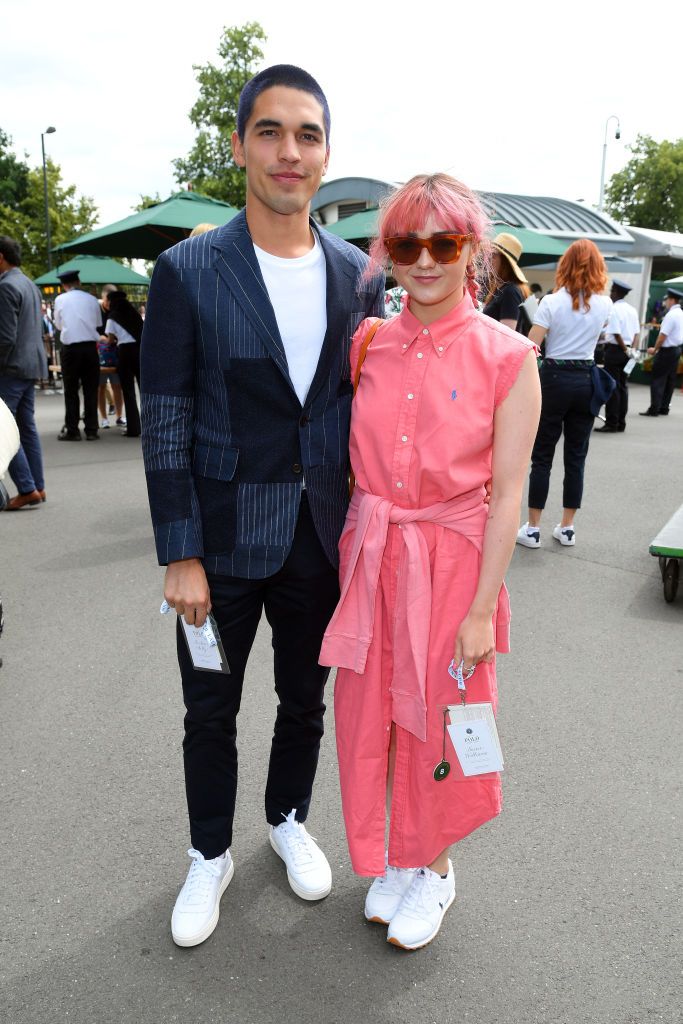 Attending with the 22-year-old actress was Reuben Selby, the communications director of Williams’s creative mobile platform Daisie and her rumored boyfriend. The two haven’t publicly confirmed their speculated romance, but they have appeared on each other’s Instagram photos as of late. They were also seen holding hands on location. 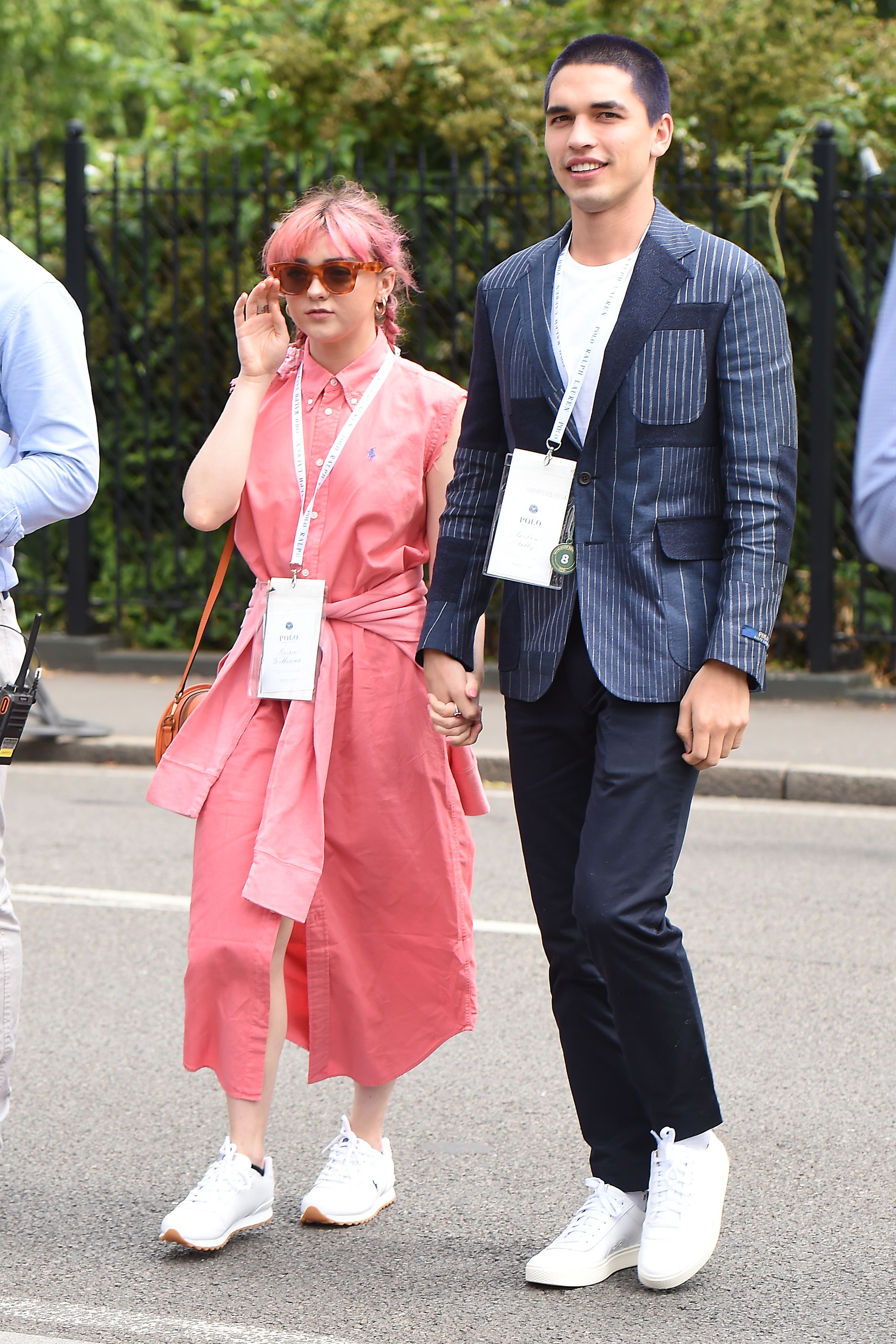 In the stands, Williams was seen sharing a drink with Poppy Delevingne and snacking on some fruit with her date.

Just last week, Williams shared a photo with Selby from what looked like Sophie Turner and Joe Jonas’s wedding venue. In the shot, she and Selby are wearing matching white outfits—and coordinating pink hair. “White party for the bride and groom 🎉,” Williams wrote in the caption at the time.

The GoT star served as maid of honor for Turner and Jonas’s second wedding ceremony in the south of France on June 29. Weeks prior, she was also seen joining Turner and friends for her bachelorette party in Spain.

white party for the bride and groom ?