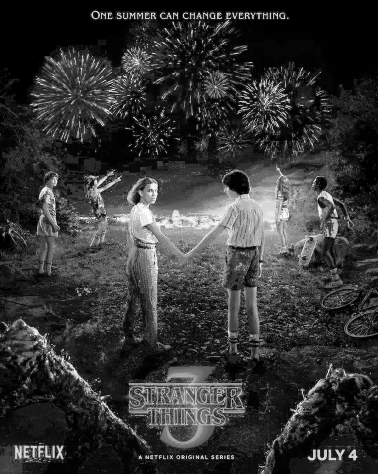 If you haven’t watched the last episode of StrangerThings 3 yet, you’ll want to read this piece later. There was a lot todigest in the final 77 minutes of the show, and while many were (and still are)caught up in the heartbreak of losing Hopper, there were a couple of other “OH NOOOO!”moments.

One of them was the realization that Eleven’s powers conkedout. Our superpoweredfriend struggled during “The Battle of Starcourt,” and felt defeated when herstrength fizzled out. But could all powers really be lost for El? Why they’re probably dormant and not done

So, here’s a theory. For the purpose of storytelling and dramatic effect—two things fans love about the series—this was bound to happen, and it was bound to happen at a critical time. The kids were fighting for their lives and had to finish the fight without the assistance of El’s supernatural abilities. Luckily (with the exception of tortured Billy), they made it out alive.

But MillieBobby Brown hinted that she wanted this to happen in season three. Lastyear, Varietyreported that Brown spoke during a Q&A session about her character:

“I think Eleven should sacrifice herself in some way. That’s how I kind of want that situation to go. I want to have her really sacrifice her powers. If Eleven loses her powers, is she as powerful just as a character? I think that would be very cool. I want to build her to be a strong person without her powers…But right now it’s very about her powers and I think taking that away slowly could be cool.”

As you know, that is exactly what happened. A tiny bit ofjuice tried to kick in when El attempted to grab the stuffed animal, but nodice. But Mike didn’t seem too concerned about it, telling El not to worry ashe’s sure her powers will come back. I believe him. It’s a given that seasonfour will explore El learning to live without them and El learning toregain them.

How they can come back

There are some things that we fans need to remember, eventhough one of them is something that a number of fans prefer to forget. RememberKali in season two? That tangent into El’s history with MKUltra and Kali’s gangwas necessary. Like the goddess Kali, she helped Eleven tap deep into herself,her subconscious, her trauma, and her emotions to strengthen herself. Will fanssee Kali’s return in some form? Will the rest of the numbers in the experimentmake an appearance? If so, they can probably help El charge up her powers.

Fans should also be reminded that Eleven has a mama. El isJane Ives, daughter of Terry Ives, who was also one of Dr. Brenner’s experiments.When she found her catatonic, damaged mom back in season two, she was able toplug into her memories telepathically. Although their parting was sad, maybethere is a chance the two will reconnect in season four. Terry Ives could hold akey to how El’s powers come back online.

We’d be remiss if we did not mention the current theory floatingaround that Dr. Brenner could be “the American” the Russians were referring toin the closing credits scene. Inversewrites that fans shouldn’t get too hopeful that it’s Hopper who’s imprisonedbecause it could very well be the mad scientist. If that is indeed the case andhe somehow survived season two, Brenner meeting up with El or one of the othernumbers could prove to be dangerously useful. Let the speculation begin.