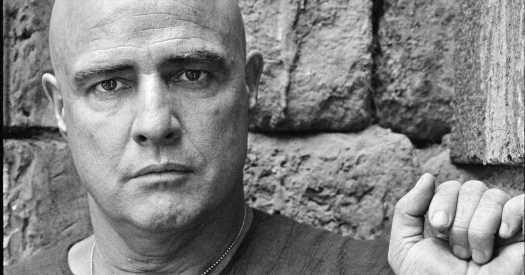 Every art form has its lost masterpieces. Watches are no different.

The Omega Speedmaster that Buzz Aldrin’s wore on the Apollo 11 moon shot vanished on its way to the Smithsonian. The Patek Philippe reference 2499/100 chronograph that John Lennon wore on his 40th birthday (was it a gift from Yoko?) has not been seen. The Breitling Navitimer that Miles Davis wore onstage for decades is mysteriously missing.

Now, watch buffs can at least check off one from the most-wanted list: the Rolex GMT-Master that Marlon Brando wore in “Apocalypse Now,” a storied timepiece not seen in public since its star turn in Francis Ford Coppola’s celebrated 1979 Vietnam War epic. It turns out that it was hiding in a rather pedestrian place: a family dresser drawer.

In 1995, Brando gave the watch to Petra Brando Fischer, the daughter of his longtime assistant Caroline Barrett, whom he had adopted years before. The occasion was her graduation from Brown University the previous year. Ms. Brando Fischer recalled him saying: “This watch is like a tank. You can do anything you want to it and it will keep on going. I want you to have it as a reminder of how proud I am of you.”

Eight years later, Ms. Brando Fischer gave the watch to her husband, Russel Fischer, as a wedding present. He tucked it away the family heirloom for safekeeping, with no idea of the lore surrounding it among watch geeks. The influential watch site Hodinkee, for example, included it in a 2014 roundup, “Twelve of the Greatest Missing Watches.”

Then, in 2017, Paul Newman’s famous Rolex Daytona made headlines when it resurfaced, and was auctioned off for charity for a staggering $17.8 million. The Fischers heard about the sale and realized the value of their own piece of horological history. “I just feel like it’s lost in our drawer at home,” Ms. Brando Fischer, 47, said from her home in London, where she is a lawyer and mother of two.

In December, the Brando Rolex will be auctioned off by Phillips in New York, with a portion of the proceeds funding a new charitable foundation for children suffering abuse, hardship and neglect. Ms. Brando Fischer said that would be a fitting tribute to her father’s activism on behalf of the disenfranchised. (At the 1973 Academy Awards, Brando famously sent a young Apache woman named Sacheen Littlefeather to decline his best actor Oscar for “The Godfather,” as a protest of Hollywood’s portrayal of Native Americans.)

“He put himself at risk for all his beliefs,” she said. “He hated oppression. He despised racism. I think he was really before his time.”

While Brando generally eschewed the trappings of Hollywood, he did have a thing for nice timepieces. The two-time Academy Award winner flashed a number of Rolexes over the years, including the gold Datejust seen in “Last Tango in Paris.” In a 1989 interview with Connie Chung, he wore two watches at once: a Rolex GMT (not the “Apocalypse Now” watch) on one wrist, and a two-tone Tag Heuer on the other.

The Rolex GMT from “Apocalypse Now” is likely to grab the attention of movie buffs as well as watch aficionados. It is the 40th anniversary of “Apocalypse Now,” and a new director’s cut will hit theaters next month. 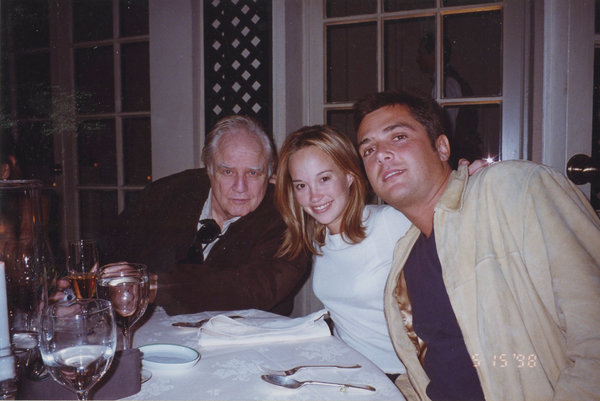 The watch he wore is a stainless steel GMT-Master, reference 1675, manufactured in 1972. It features an unpolished case in excellent condition, an aftermarket rubber strap, and a case inscribed “M. Brando” by the actor himself using an electric engraver pen, according to Paul Boutros, the head of watches for Phillips’ American division.

Without its Hollywood provenance, the watch might fetch around $20,000 on the vintage market, but Mr. Boutros said the watch is expected to be offered with a starting bid “in the six figures.”

The watch's most distinctive physical feature is its missing bezel (the rotating ring surrounding the dial), giving it a stripped-down look. And there is a story behind that.

During the filming in the Philippines, a member of the production crew advised Brando to lose the Rolex, perhaps because it seemed too flashy for a rogue Army officer scraping out an isolated existence in the jungle (never mind that in the Vietnam era, soldiers could pick up a Rolex Submariner or GMT for a few hundred dollars at the base PX).

True to form, Brando found a third way. He agreed to render the Rolex a little less recognizable by removing the bezel, but insisted, “If they’re looking at my watch, then I’m not doing my job as an actor.”