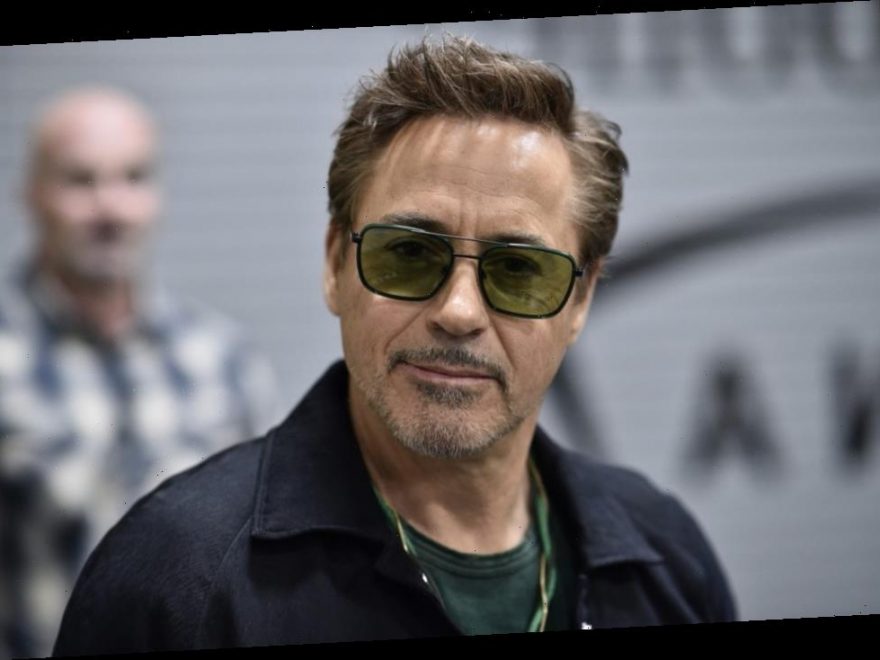 Although Robert Downey Jr.’s name has become synonymous with the character of Tony Stark due to his starring role in MCU’s Iron Man franchise, he’s been in other movies, too. One film that really showcased Downey Jr.’s dramatic acting skills was The Soloist, which he starred in with the legendary Jamie Foxx.

These two actors, it seems, grew quite close during filming; close enough for Foxx to gift Downey Jr. an entire animal on his birthday one year. Believe us, the gifted animal was much, much larger than a puppy!

Downey Jr. has had an impressive career, even despite his reputation for being a “bad boy” with addiction issues in the past. Since those times, he seems to have made a full recovery in the eyes of the public, and his portrayal of Ironman is now one of the most beloved action superheroes of all time.

On top of the seemingly countless times he’s played Ironman in the Marvel Cinematic Universe, though, Downey Jr. has also proved his acting chops in other, more dramatic roles. He marvelously pulled off playing the literary legend Sherlock Holmes in 2009 and 2011, as well as Doctor Dolittle in 2020. It seems like Downey Jr. has a knack for playing characters who are already beloved from books – a hard thing to do!

Back in the ’80s and ’90s, long before he became Tony Stark, Downey Jr. already had a long list of acting credits, including a role as Leo Wiggins in Johnny Be Good and alongside Mel Gibson in Air America. It’s hard to deny, however, that his role in the MCU is the biggest in his whole career, not to mention the highest-grossing.

Downey Jr. acted alongside Jamie Foxx in ‘The Soloist’

On top of his neverending list of acting roles, Downey Jr. also has an equally long list of famous actors he’s been in movies with. One of those actors is Jamie Foxx, who Downey Jr. starred with in 2009’s The Soloist, based on a true story, according to IMDb. Downey Jr. plays Steve Lopez, a Los Angeles Times columnist, who meets and writes columns about Nathaniel Ayers, played brilliantly by Foxx. Ayers is a masterful cello musician who studied at Julliard, but then developed schizophrenia and ended up homeless on the streets of Los Angeles.

The relationship between Nathaniel and Steve is deeply felt by the audience of this film through the fantastic acting of both Downey Jr. and Foxx. Apparently, they became close off-screen, too.

Foxx gifted Downey Jr. a horse for his birthday one year

In 2010, Foxx decided to go all-out for his buddy Downey Jr.’s 40th birthday present. After hearing that Downey Jr. had a ranch in Malibu with empty stables, Foxx went and bought his friend a birthday horse, according to Express. Foxx is a horse lover himself, and his own horse Tony even starred alongside him in Django Unchained. While extravagant, this horse definitely wasn’t an unwanted gift; Downey Jr. was allegedly so moved by Foxx’s grand gesture that he gifted Foxx his vintage El Camino (the same one from Iron Man), reports Vogue. What a generous pair of guys!

Downey Jr. has been known for his generosity to his friends. He gave the entire cast and crew of The Avengers: Endgame personalized cast chairs when the movie wrapped filming. So sweet! But that’s not the only present Downey Jr. gave on that day. It’s known that he presented his friend and MCU co-star Chris Evans with a 1967 Chevy Camaro (worth about a quarter of a million dollars) when they wrapped shooting. Downey Jr. sure seems to like giving expensive cars as gifts! One thing’s for sure: we would just love to be friends with this guy!