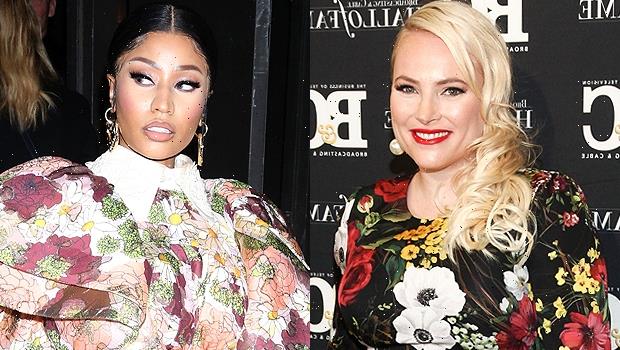 The former ‘View’ co-host and ‘Pinkprint’ rapper went back-and-forth, after Nicki Minaj announced that she tested positive for COVID-19.

After Nicki Minaj, 38, announced that she wouldn’t be attending the 2021 Met Gala on Monday September 13 due to contracting COVID-19, the rapper proceeded to spread bizarre misinformation about the COVID-19 vaccines. After former The View co-host Meghan McCain, 36, hilariously tweeted dismissing the rapper, Nicki fired back, and the pair engaged in one of the most unexpected Twitter battles of the year on Tuesday September 14.

Among the “Super Bass” rapper’s many confusing tweets, one of the most questionable was about Nicki’s cousin in Trinidad, who she claimed got vaccinated, and it subsequently affected his reproductive organs and love life. “His testicles became swollen. His friend was weeks away from getting married, now the girl called off the wedding,” she wrote. Meghan quote-tweeted Nicki and wrote that it was “entirely enough internet for today.” In another tweet, she jokingly called on journalists to track down and interview Nicki’s cousins. The DailyMail columnist followed up with a more serious tweet, where she mentioned that Dr. Ashish K. Jha spoke to her before she got vaccinated. “Please rely on doctors and scientist and not celebrities. My friend’s uncle just died of covid last week (unvaccinated),” she wrote. It’s also worth noting that during her last days on The View, Meghan regularly advised people to get the COVID-19 vaccine.

Nicki was clearly unimpressed with Meghan’s response, and the rapper quoted Meghan’s first tweet. “Eat s**t you,” she wrote. The former View co-host clapped back by dissing the Queen rapper for spreading misinformation. “You have an enormous platform and have just spread unimaginable vaccine hesitancy to your fans. Not only is it deeply irresponsible, it is very sad,” Meghan wrote. She urged the rapper to speak to professionals to get more information about the COVID vaccines, but also announced that she was on “Team Cardi [B].” 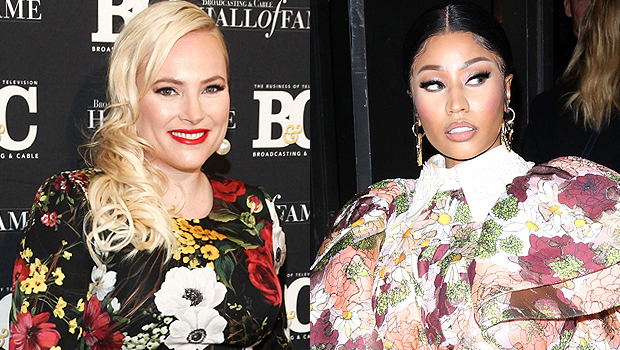 After their brief but tense exchange, Meghan showed that she didn’t seem to let the rapper to get to her. She wrote one last tweet, joking about how ridiculous the whole thing was. “I didn’t have a famous rapper losing her mind at me for not being an anti vaxxer on twitter on my 2021 bingo card, but here we are,” she wrote.