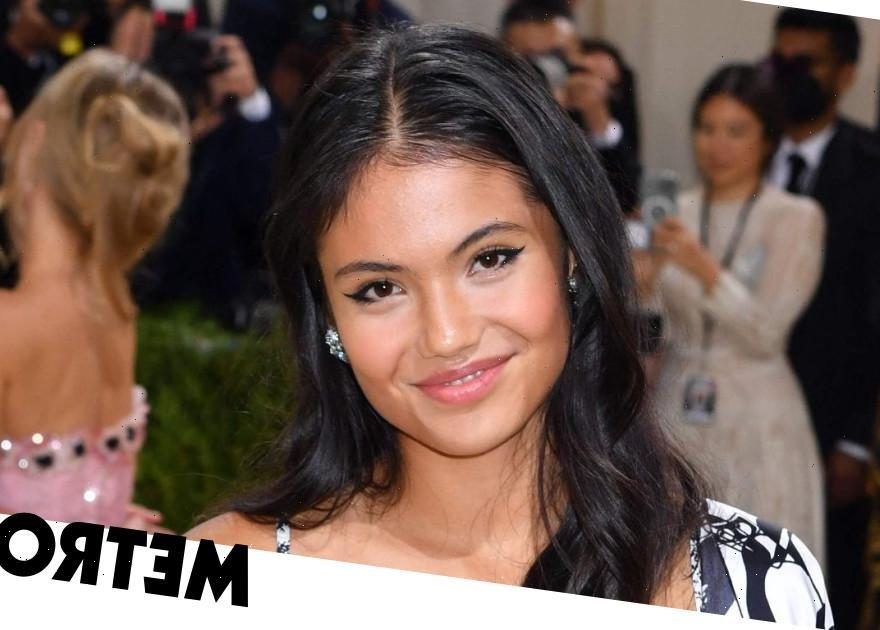 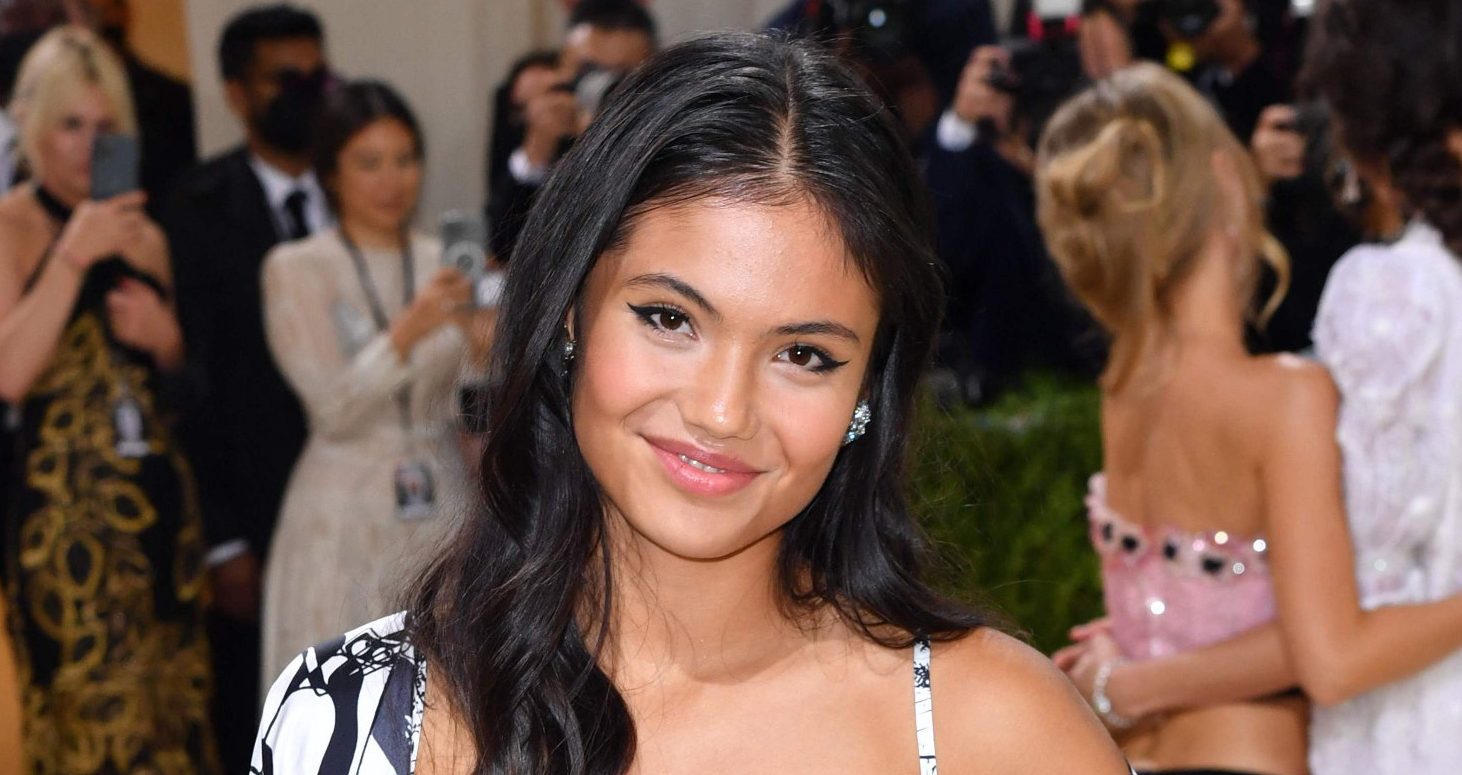 The 18-year-old is fresh from her historic win at the US Open, where she became the first qualifier ever to win a Grand Slam and the first British woman since Virginia Wade in 1977 to win a major.

So, what better way to celebrate than hitting one of the biggest parties in town.

Emma ditched her tennis kit for the night and arrived at the red carpet at the Metropolitan Museum of Art on Monday donning a black and white printed silk twill crop top and skirt from Chanel.

Once inside, she was able to mingle with stars such as Jennifer Lopez, Ben Affleck, Rihanna, Kim Kardashian, Justin Bieber and fellow tennis champion Serena Williams.

The teen, from Bromley, admitted it feels surreal to have been sitting her A Levels just a few months ago to now being one of the most talked-about names around the world.

Reflecting on her US Open win, she said this week: ‘It’s pretty unbelievable. Never did I think when I came here to New York that I would walk away with the title.

‘We were joking about making it a three-week stay here but it actually happened and I think the key to that has just been really focusing on one point at a time.

‘I haven’t got ahead of myself in any moment in any of the matches, so that’s something that I’m very proud of and I managed to stay extremely focused and it managed to get me the title.’

However, she’s still down to Earth as Emma revealed the first thing she will buy after pocketing $2.5million (£1.8m) in prize money are a new pair of AirPods.

This year’s Met Gala theme, meanwhile, is In America: A Lexicon of Fashion, described as an exploration of the nation’s sartorial identity and a deep dive into American ingenuity.