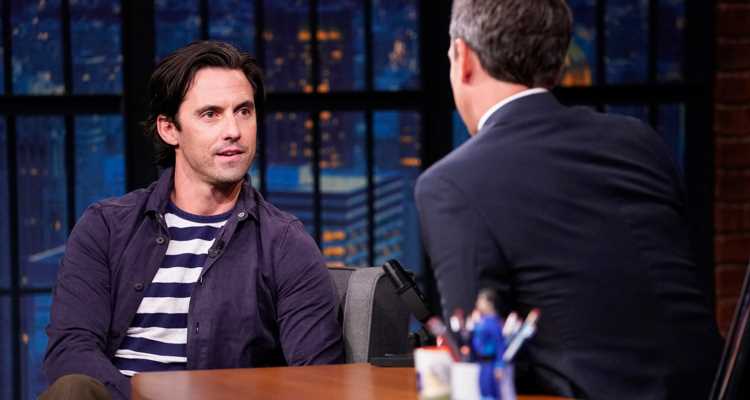 Milo Ventimiglia paid a visit to Late Night with Seth Meyers on Monday night (August 5), and dished all about working with a talking dog in The Art of Racing in the Rain.

In the film, the 42-year-old actor’s main scene’s are mostly with the dog Enzo, who is voiced by Kevin Costner – but, Milo reveals that they didn’t actually meet until the premiere of the film last week.

“I met Kevin on Thursday and I made the movie last year,” Milo admitted. “Kevin wasn’t on set, I didn’t really even need to hear what the dog was thinking because everything that was going on in the narration was in the dogs head.”

“He’s awesome, I was mildly shell-shocked. It’s Kevin Costner, I’ve been a fan of everything that he’s done for years,” Milo added. “He was so warm and so lovely and supportive of the film.”

That same evening, Milo Ventimiglia and his co-star Amanda Seyfried rocked coordinating looks for the New York premiere of The Art of Racing in the Rain.