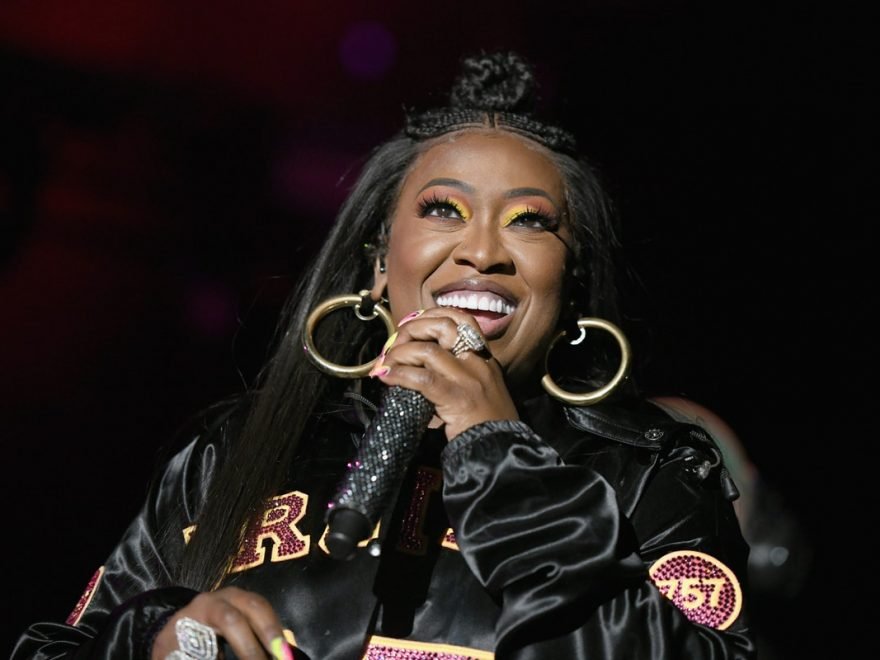 You guys, put your thing down, flip it, and reverse it, because I have news. Missy Elliott was, is, and will always remain in the motherf*cking house. This year, Missy Elliott is the 2019 MTV VMAs Video Vanguard Award winner and it feels so, so right. In the video reveal, MTV calls her a "hitmaker" and "trendsetter," though I’d go on to add other impactful titles like icon, role model, superhero, music giant, rap queen, and idol. After being in the industry for three decades, she will be taking the VMA stage to claim what is so rightfully hers. Le sigh.

MTV’s international co-brand head and Viacom music and music talent head, Bruce Gillmer, spoke about her legacy in the industry in a press release. “Missy’s impact on the music landscape is indelible,” he said. “Her creative vision across production, performance and songwriting is unmatched.” Boy, preach.

On my death bed when I look back on the soundtrack of my life, I’ll see myself breaking it down in my middle school bedroom doing my damn best to "get my freak on." Sure, I had no idea what it meant at the time (still don’t, TBH) but I knew if Missy Elliott wanted me to do it, I’ll sure as hell give it a try. For me, getting my freak on usually means eating an extraordinary amount of bread and cheese while watching trash reality TV, but back in the day, I tried out all over Elliott’s best dance moves.

When you look at Elliott’s career as a whole, her accomplishments are undeniable. For one thing, I personally recite the lyrics "I’ve got a cute face, chubby waist, thick legs, in shape" to myself every day in the mirror and it’s changed my life. Also, she’s a five-time Grammy Award winner and first female hip-hop artist to be inducted into the Songwriters Hall of Fame, according to Variety. She’s also sold over 30 million records worldwide, NB freaking D, and remains the only female rapper to have six certified platinum albums.

If the opportunity to catch her Vanguard Award acceptance speech isn’t enough to get you to turn on the VMAs this year, maybe the fact that she’s performing at the show for the first time in 16 years will be. Think about everything that’s happened to you and your life over the past 16 years, and then consider how Elliott hasn’t let up on her momentum, drive, or talent.

MTV released the Vanguard award announcement video on Monday, Aug. 12, two weeks prior to the air date of the Video Music Awards.

My prayer is we get a little Ciara and Fat Man Scoop cameo so fans everywhere can get down to a "Lose Control" throwback, but I’ll also accept Ludacris for "Get Ur Freak On", too.

The full awards show airs on Monday, Aug. 26 at 8 p.m. EST, so set your calendars. Elliott and a ton of your other favorites will be stomping the red carpet and crushing the performance stage. Bless them.