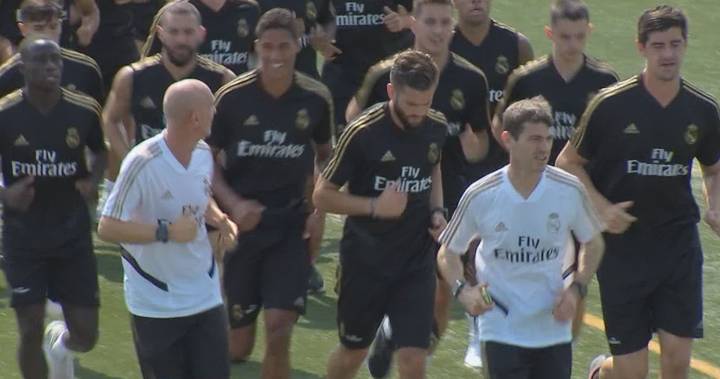 The Montreal Impact are throwing the Saputo Stadium doors open to allow spectators a sneak peek at Spanish superclub Real Madrid, whose players are in town for training in advance of a United States tour.

Unfortunately for latecomers, the Impact announced that the 6 p.m. event had sold out on Wednesday morning.

Real Madrid arrived in Montreal last week. The team is staying at the Ritz-Carlton Hotel on Sherbrooke Street, where a regular crowd of fans has been gathering in the hopes of getting an autograph or perhaps a selfie with members of the team.

The Spanish club will stay in Montreal until July 19. After that, they’ll play three of Europe’s top teams in various American cities. They play Bayern Munich in Houston, Texas, on July 20, Arsenal in Washington, D.C., on July 23 and Atlético de Madrid in East Rutherford, N.J., on July 26.