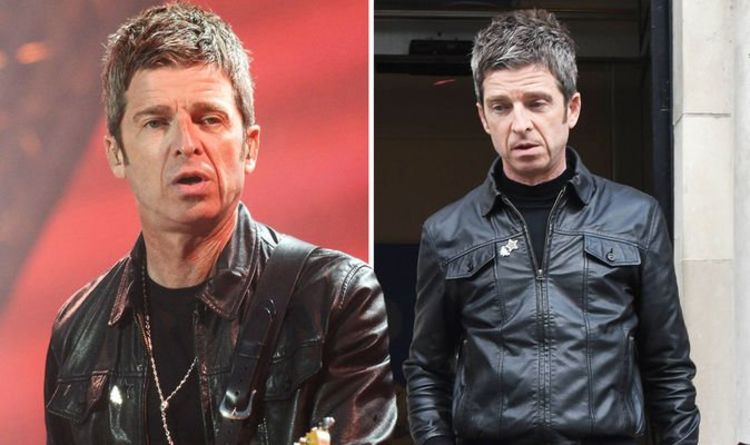 Noel Gallagher, 52, expressed his thoughts on the Brexit process during an interview with The Guardian.

He said: “There’s only one f*****g thing worse than a fool who voted for Brexit, and that’s the rise of the c***s trying to get the vote overturned.”

He added: “And people started calling me a Nazi! I thought, ‘Really? A member of the Third Reich?’ Look, I think it’s ridiculous that we’re leaving.

“None of us were even qualified to vote.”

None of us were even qualified to vote

It comes after former Prime Minister Theresa May, 62, tried and failed to get the deal she had with Brussels approved.

On view of his 47,000 followers, he wrote: “Noel Gallagher doesn’t hold back here,” followed by a quote by Noel.

Within the chat, Noel went on to say the nation will “never recover” if we had another referendum.

But despite his views, the singer insisted we have to leave the European Union “no matter how ill-informed people were” otherwise “you’re saying to them their vote doesn’t count”. 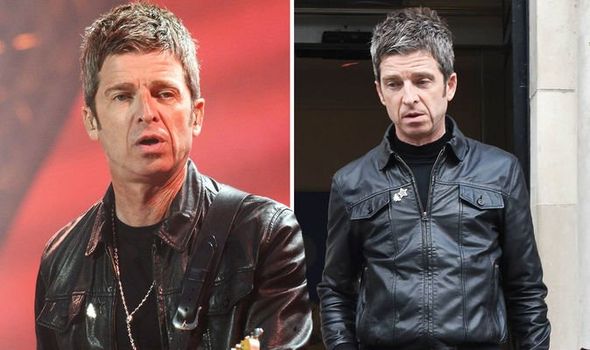 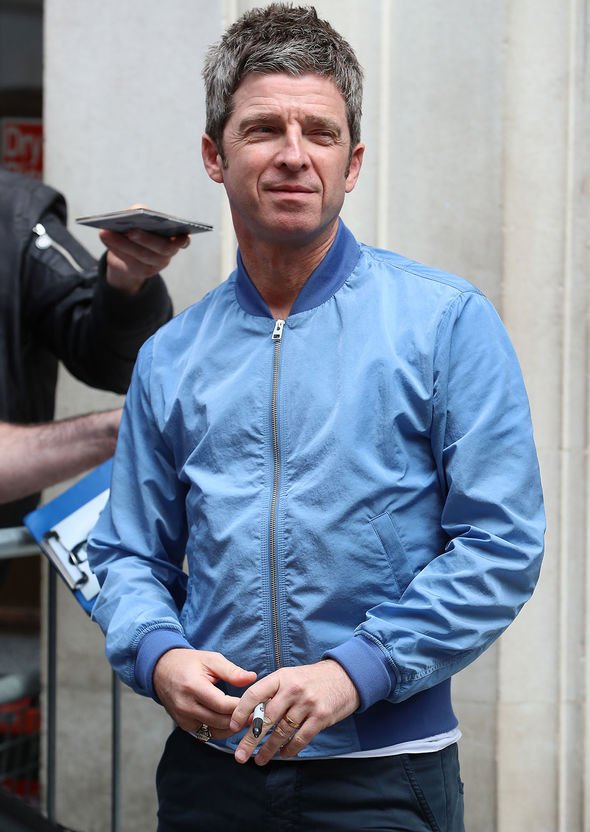 “Its symptomatic of shutting people’s opinions down,” he added.

Back in June, Noel expressed his views further with the Manchester News.

He said: “You take part in a democratic f***ing process – if you don’t like the outcome, go to North Korea.

Noel previously claimed the pressure from Remainers “flies in the face of democracy”.

He added: “I sat in the day of Brexit and thought: ‘I can’t be a***d going to the polling station, who the f*** would vote to leave Europe? It’s a nonsensical f***ing idea.’” 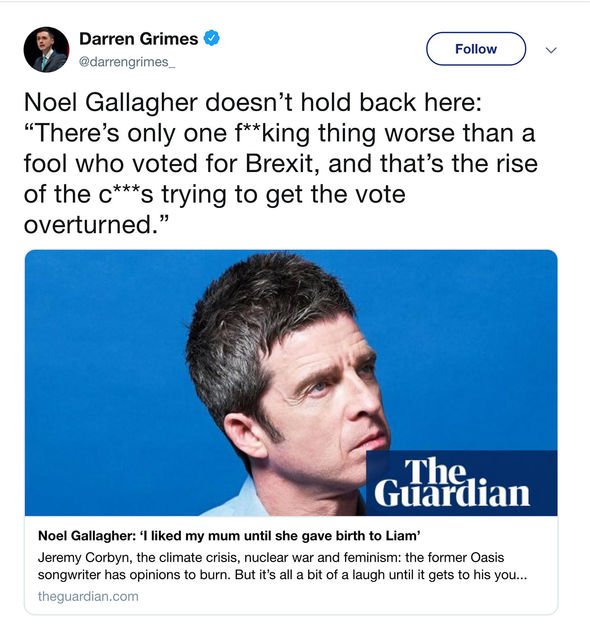 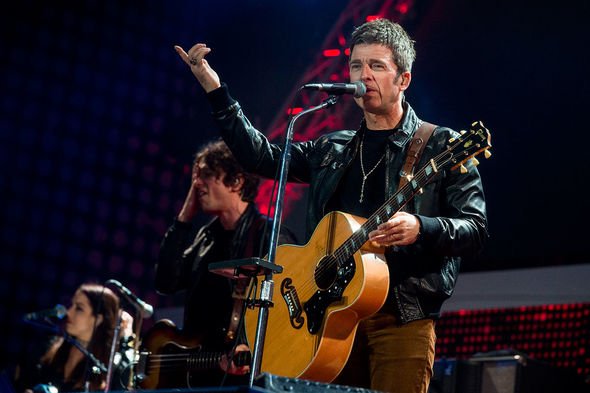 He added: “It’s a disgrace when you see people trying to get that vote overturned.”

The singer added he felt “bad” for the nation and claimed Brexit “has been handled so badly”.

“I get really f***ing cross at myself for not voting, as I’m sure a lot of people didn’t vote.”

He added: “The thing I think about it is, when we eventually do leave, it’ll be f***ed up for a bit, right, then it’ll just get back to normal.”