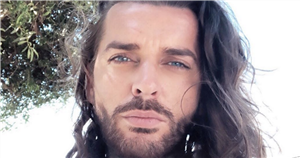 Pete Wicks has hinted he could leave TOWIE, after confirming he’s single once again.

The 30 year old, who has previously been linked to Megan McKenna and Shelby Tribble, started dating Georgina Mullins months ago – but confirmed on the show the pair had ended their short-lived romance.

Speaking to new! magazine, Pete has admitted that he’s now going to be single for a while – and hinted TOWIE might not be forever for him.

“I think it’s time to f**king stop and do my own thing for a bit,” he said, when asked if he was looking for love.

When asked if he ever saw himself leaving TOWIE, he added: “Is it about time I left, do you think?

“I do feel like I’m the Ian Beale of TOWIE now.”

Pete had opened up to James Lock about his single status at a traffic light party on the show – where partygoers were asked to wear green if they’re single, yellow if it’s complicated and red if they’re taken.

Speaking to Lockie, Pete said: "It's quite nice for us because we're kind of out of the game.”

Yazmin Oukhellou's boyfriend responded: “I thought you were still in the game?" to which Pete said: “Yeah, I'm technically single again."

When Lockie said he should be wearing green, Pete explained: “Well no, I'm not really ready to do the whole bird thing, I'm doing me."

Prior to their split, Pete had gushed about Georgina to The Sun Online, saying the mother-of-one is "a bit of a game changer".

Pete said that he was "really, really happy" with Georgina and loved that she is different from anyone he has previously dated.

He said: "I met someone recently who has been a bit of a game changer.

"I'm with someone now who is a lovely girl. She's not from Essex and I'm out of the game.”