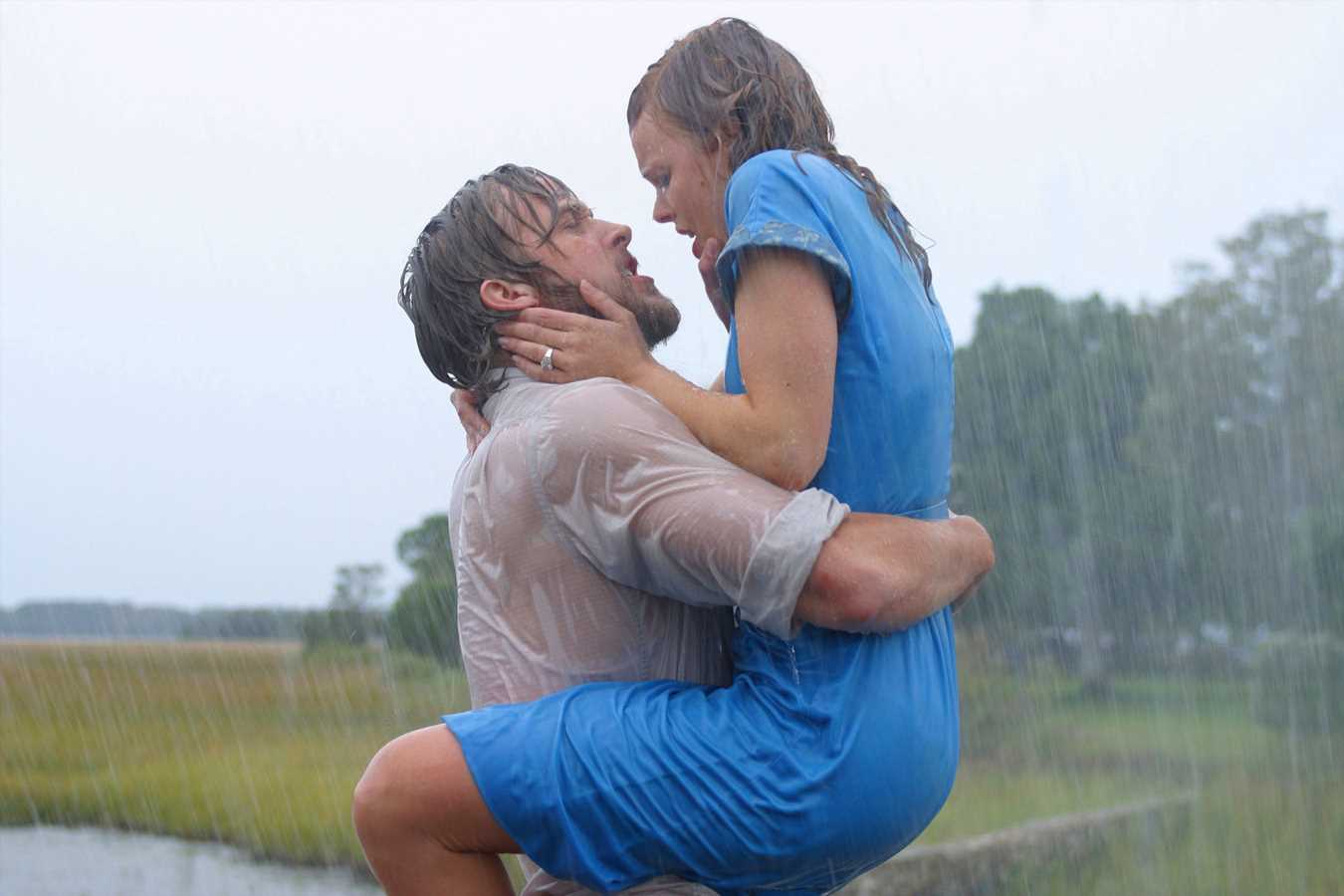 When she filmed The Notebook, Rachel McAdams became the envy of many for being able to get close to Ryan Gosling on-screen and off.

The movie celebrates its 15th anniversary today, but it took the pair a bit longer to get together in real life. Gosling, 38, and McAdams, 42, played a couple in the classic 1940s love story — narrated from the present by a nursing home patient with the help of his journals.

The two met on set of the movie, which Gosling joined after a stint of independent films, while McAdams had just come off her iconic role as Regina George in Mean Girls. But they had little chemistry away from the camera at first, according to director Nick Cassavetes.

“Maybe I’m not supposed to tell this story, but they were really not getting along one day on set. Really not,” he recalled to VH1. “And Ryan came to me, and there’s 150 people standing in this big scene, and he says, ‘Nick come here.’ And he’s doing a scene with Rachel and he says, ‘Would you take her out of here and bring in another actress to read off camera with me?'”

Cassavetes had the two actors make up, for the sake of the film. “The rest of the film wasn’t smooth sailing, but it was smoother sailing,” he recalled.

Gosling and McAdams eventually began dating in 2005, long after The Notebook had come and gone from theaters. It was “quite a while after the movie,” McAdams told Elle in its April 2007 issue.

They famously recreated — and further immortalized — their characters’ kiss in the rain at the 2005 MTV Movie Awards, when they won the trophy for best kiss. “It was my pleasure,” Gosling said as he accepted award, although he did not sit next to McAdams at the show.

As they started to date, the two walked more red carpets together and gushed about each other’s acting.

“He never does the same thing twice. He’s very brave,” McAdams told Elle of Gosling, nominated for an Oscar for Half Nelson at the time. “I don’t think he sees the point unless he can find out what he’s made of every time.”

“She doesn’t need any help from me,” Gosling told PEOPLE in response in April 2007. “She’s inspired me to do so much as well.”

Just weeks after praising McAdams, though, Gosling expressed his doubts about their status as a couple. When he attended a screening of his film Fracture without McAdams in sight, PEOPLE asked if the two were still dating. “No idea. No comment,” he replied.

McAdams had also missed Fracture‘s LA premiere. “She’s working,” Gosling said at the time. “We go back and forth. That’s just the way it is right now.”

The two officially broke up shortly after. Gosling reflected on it in the November 2007 issue of GQ. “The only thing I remember is we both went down swingin’ and we called it a draw.”

He also noted the toll the split had taken on fans.

“A girl came up to me on the street and she almost smacked me. Like, ‘How could you? How could you let a girl like that go?'” he said. “I feel like I want to give people hugs, they seem so sad. Rachel and I should be the ones getting hugs!”

Gosling and McAdams remained friendly after the breakup. She attended his first-ever DJ set in Hollywood in July 2008, and a source told PEOPLE, “He seemed happy to see her.” They saw each other again a few weeks later, when they got dinner with some friends in Toronto, Canada.

In December, a source explained their relationship to PEOPLE.

Gosling “is still close to McAdams’s family and he still speaks to Rachel, but they are both openly single,” the source said. “He still loves Rachel and Rachel still loves him, but the timing is off and they can’t make each other happy right now.”

They began to date again in the time that followed, and eventually found new love. Gosling now has two children with actress Eva Mendes, 45, who he has dated since 2011. McAdams, meanwhile, began dating screenwriter Jamie Linden, 38, in 2016, and the two had a son in 2018.

Their careers have only flourished in the years since, as well. McAdams received her first Oscar nomination for Spotlight in 2016, while Gosling received his second for La La Land in 2017. McAdams was last seen playing Rachel Weisz’s lover in Disobedience, while Gosling’s last role was as Neil Armstrong in First Man; both movies came out in 2018.

For both actors, though, The Notebook remains a professional — and personal — milestone.

“God bless The Notebook,” Gosling told GQ in 2007. “It introduced me to one of the great loves of my life. But people do Rachel and me a disservice by assuming we were anything like the people in that movie. Rachel and my love story is a hell of a lot more romantic than that.”