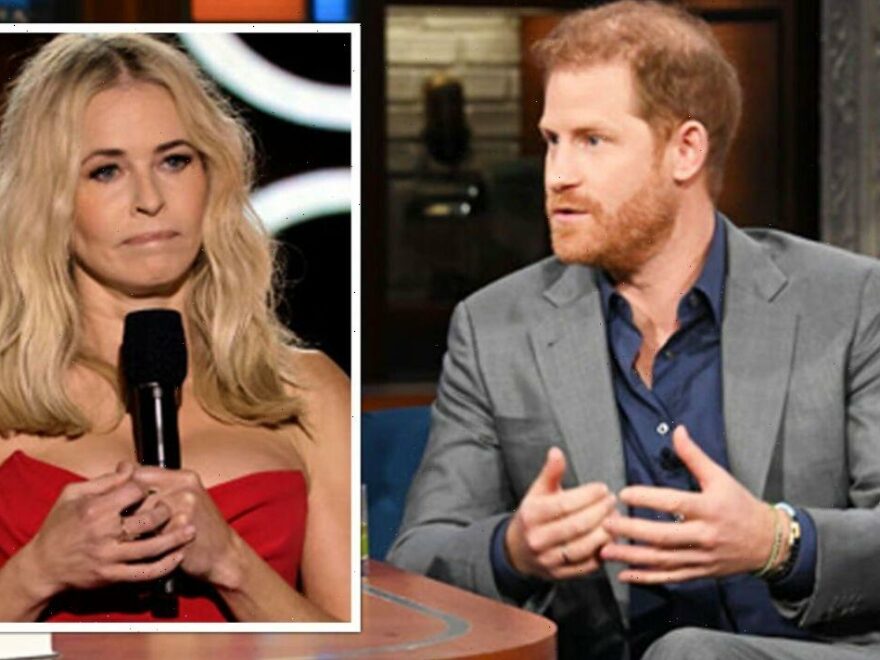 US comedian Chelsea Handler took a cheek swipe at Prince Harry’s “frostbitten penis” as she opened the ceremony at the Critics Choice Awards 2023 on Sunday. Among the star-studded lineup, who watched on, were the likes of Cate Blanchett, Angela Bassett and Brendan Fraser, just to name a few.

Chelsea, 47, referenced the Duke of Sussex’s book, Spare, during the award ceremony’s opening.

In his book, Harry, 38, opened up about his penis getting frost nipped during a trip to the North Pole in 2011.

“Upon arriving home I’d been horrified to discover that my nether regions were frost nipped as well, and while the ears and cheeks were already healing, the todger wasn’t,” he wrote.

“It was becoming more of an issue by the day.”

Chelsea couldn’t resist poking fun at the royal after he made the cheeky admission.

“Before we get started, I just want everyone to know that we are here to have fun and keep the vibes high,” she told audiences.

She added: “Dahmer became the third highest viewed show on Netflix with a combined watch time of one billion hours, which apparently is the same amount of time we’re going to have to listen to Prince Harry talk about his frostbitten penis.

The Duke of Sussex revealed his penis was “borderline traumatised” by the injury and he used the cream that was used by his late mother Princess Diana.

Harry revealed he was told by a friend to use an Elizabeth Arden cream on his “todger” in an extract of his book.

It read: “I’d been trying some home remedies, including one recommended by a friend, she’d urged me to apply Elizabeth Arden cream.

“I found a tube and the minute I opened it, the smell transported me through time. I felt as if my mother was right there in the room and I took a smidge and applied it down there.”

During the ceremony, Chelsea also made a dig at James Corden and joked that Viola Davis is Nick Cannon’s child, who recently welcomed his 12th child.

Chelsea also roasted television host James Corden, after a restaurant owner called him out for his rude behavior towards staff last year.

“Look, the cast of ‘The Bear’ is here. Awesome show. They showed us how grueling and hellish and absolutely miserable working in the restaurant industry can be, and they didn’t even have to wait on James Corden.”