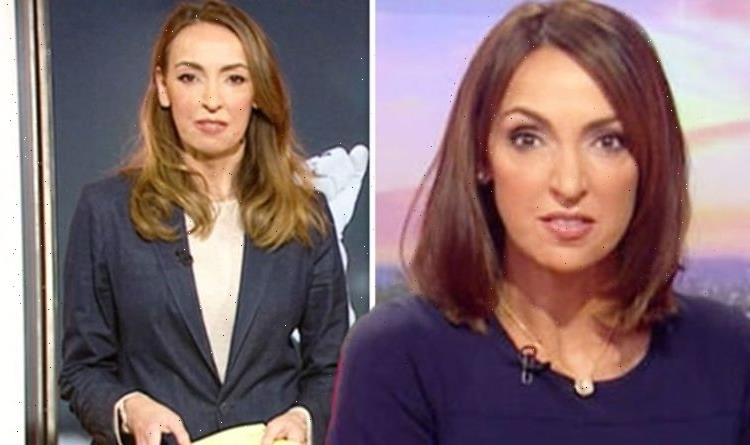 BBC Breakfast host Sally Nugent, 49, took the opportunity to respond on social media after her colleague and sports presenter Laura Scott shared a candid message. It comes after tributes poured in for amateur jockey Lorna Brooke who died aged 37 following a heavy fall at Taunton earlier this month.

The jockey was airlifted to Southmead Hospital in Bristol on April 8 after falling from her horse and was taken to intensive care with a suspected spinal injury.

Due to complications, Lorna was then placed in an induced coma before news of her death was later announced.

Taking to Twitter, Sally reacted to the tragic news after her colleague, Laura, posted a candid message.

She retweeted a heartfelt message from Racing Post’s official account which read: “Jockey Lorna Brooke has tragically died following her fall at Taunton earlier this month. 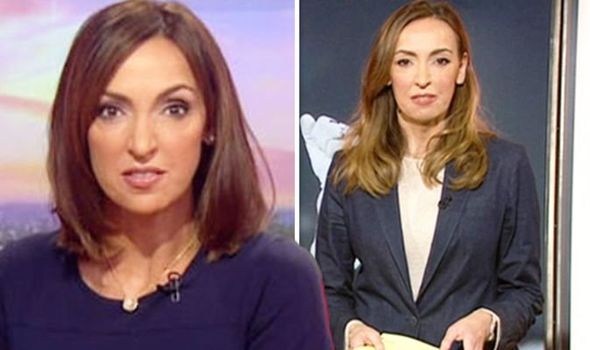 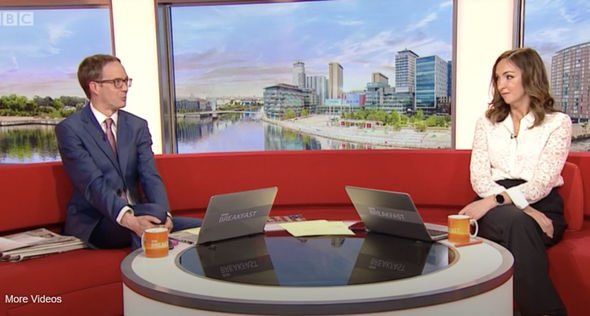 “Our thoughts are with her family and friends.”

Sally took the opportunity to offer a candid message, as she replied: “Awful.”

The news of her death was announced in a statement by the Injured Jockeys Fund (IJF) last week, which read: “It is with deep sadness that we have to share the tragic news that Lorna Brooke passed away yesterday. 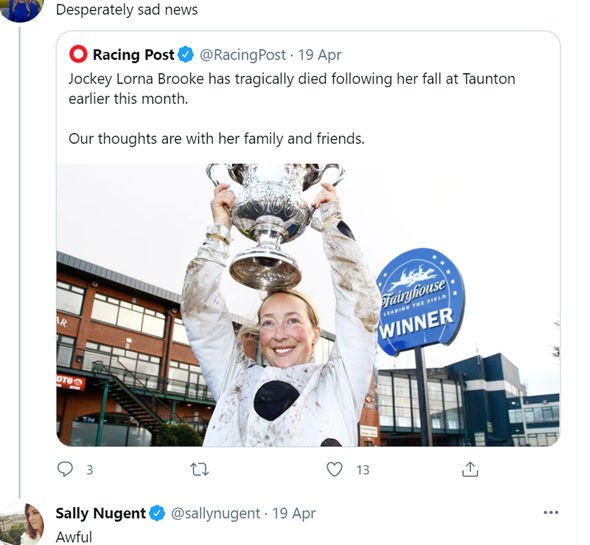 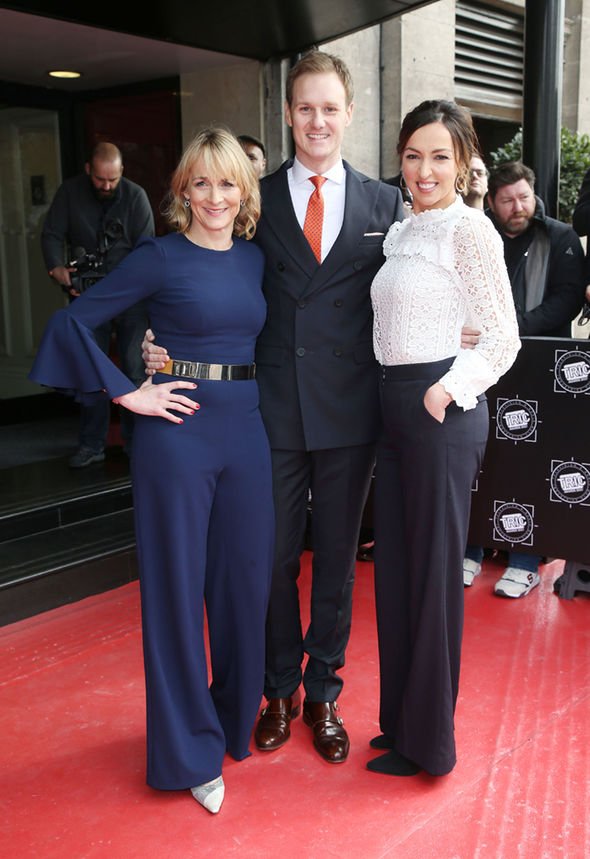 “Her family thank everyone for their kindness in the last ten days, particularly the staff at Southmead’s Hospital who were so professional.

“They will be having a private funeral and will hold a celebration of Lorna’s life once Covid-19 restrictions allow.”

Lorna had ridden 17 winners including when landing the first running of a ladies’ chase in Britain or Ireland at Fairyhouse in 2015 aboard Moonlone Lane for Paul Stafford.

She rode more than 300 times for her mother and represented a number of trainers since her first winner under rules in 2002.

The small-screen star revealed she almost made an error while fronting the programme today.

Sally was joined by Breakfast’s political correspondent Chris Mason as the duo discussed the latest headlines.

Her co-star joked the presenting had slipped back into her sport’s role during the broadcast.

Commenting on a clip of a seagull mounting another seagull, Sally mused: “Yeah, he looked like he was tired, didn’t he? He has a little break, hitches a ride, and eventually flies off.”

Listening to his co-star, Chris interjected as he told her: “This is where your sports journalism is coming to the forefront with a little bit of commentary.”

Issuing her apology, the sports reporter exclaimed: “I’m sorry. I didn’t even mean to commentate, I just did it.”

BBC Breakfast airs daily on BBC One at 6am.