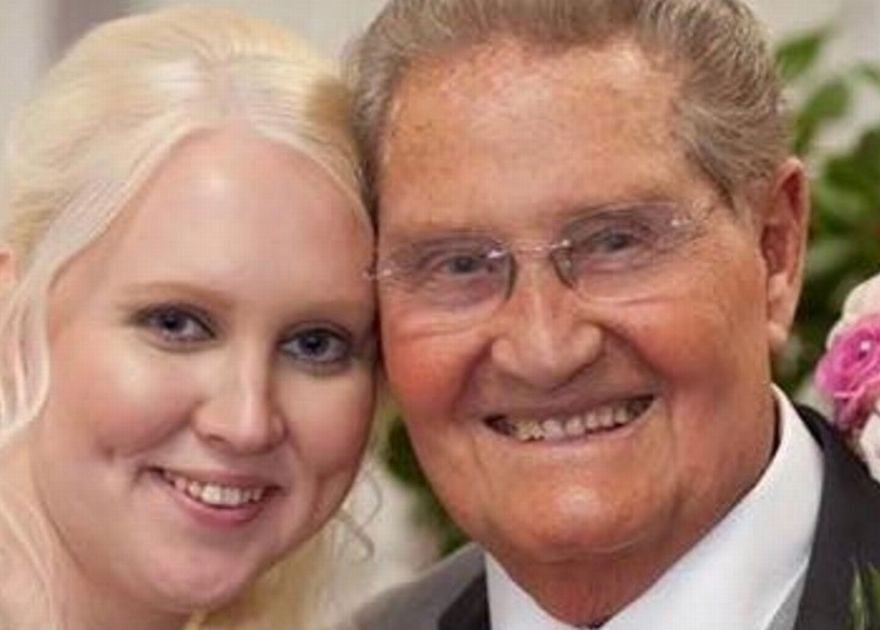 Jimmy Patton has died just a year after his younger brother Barry Chuckle.

"I just thought I'd let you know that the Chuckle Brothers older Brother Jimmy Patton has sadly passed away," it read.

"Jimmy was a big part of chucklevision and the stage shows where he played the character No Slacking. RIP Jim Lad. And No Slacking."

He was married to much-younger wife Amy, who herself was a fan of the show as a child.

"We are all devastated. Barry had bone cancer which had spread to his lungs," he said at the time.

"He was ill for years, but kept it hidden. We knew about it, but kept it quiet, and all the family are really hurting right now."

Jimmy was last seen at his brother's funeral being helped by his wife Amy Phillips, 27.

He looked frail as he made his way into the church on crutches.

Speaking after Barry's death, Jimmy told the Sun : "He needed oxygen from a tank and was gulping for air – he was in a very bad way.

"He was ill for years, but kept it hidden. We knew about it, but kept it quiet, and all the family and his daughters are really hurting right now."

Jimmy and his other brother Brian both had successful comedy careers, starting off as the Patton Brothers in 1954.

They became firm favourites in the pantomime scene, getting their big break in Aladdin in 1956 when they played Chinese policemen.

All four brothers – Jimmy, Brian, Barry and Paul – appeared together on the game show 3-2-1 in 1982 and also on the show New Faces.

And while Barry and Paul went on to form the Chuckle Brothers – which first aired on BBC in 1987 – Jimmy and Brian continued their work in the UK comedy scene as the Patton Brothers.

Jimmy's catchphrase on the show was: "Remember: no slacking", while Brian was known for crying out: "Geroutofit."

Jimmy found love with Amy after meeting her over Facebook, and they tied the knot in April 2017.

His first wife Valerie had died nine years ago.

"Amy had been a fan of ChuckleVision all of her life and commented on something I posted. It just went from there," he said.

"I never thought I would find this kind of love again."

At the wedding, octogenarian Jimmy was reportedly still throwing shapes on the dance floor after midnight.

"Amy is happy and so are we. We are delighted and very proud."

The happy couple followed up their nuptials with a two-week honeymoon in the sunshine in Gran Canaria.

Traditional Jimmy had asked Amy's father's permission before he popped the question.

Describing the proposal in the couple's living room in South Yorkshire, he said: "It was emotional. Thankfully she said yes.

"We haven't set a date yet but we are very happy."

Amy's dad John, 16 years younger than Jimmy, described the pair as being "really good" together.

While Amy's family were full of support for their marriage, Jimmy's daughter Debbie Baggot said at the time: "I've got a lot I could say, but I'm afraid it's something between me and my dad."

She added she loved him "no matter what".

You can leave your tributes to Jimmy in the comments below.