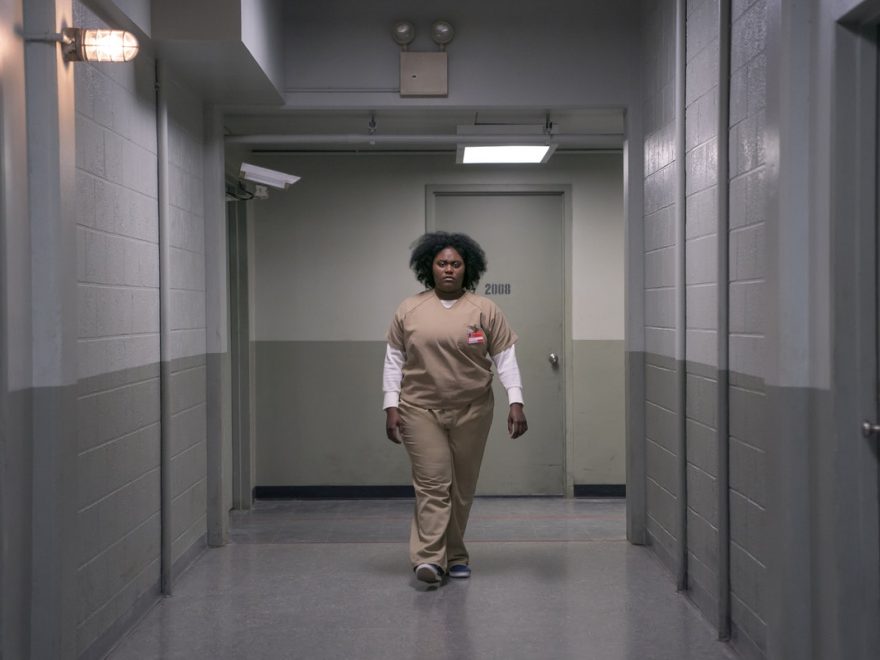 Spoilers ahead for Orange Is the New Black Season 7. Following the final episode of Orange Is the New Black, the Netflix series is giving viewers the chance to do something about the grief and anger they may feel for the way the characters have been treated in the prison system. In real life, you can donate to the Poussey Washington Fund that Taystee establishes in the Orange Is the New Black series finale. The fund allows fans to help actual humans impacted by the criminal justice system by donating money to eight non-profit advocacy groups. And after seeing the rather tragic fates of characters like Poussey, Maritza, Pennsatucky, Red, and new character Karla, fans will undoubtedly be motivated to help the cause.

While often funny, Orange Is the New Black has also always shown the real-life injustices that occur in the U.S. prison system. And outside of it. In its most recent seasons, fans see Cindy, Aleida, and Piper attempt to reintegrate themselves upon release, some more successfully than others. While watching it play onscreen is convincing enough, the impossibilities of post-prison life are most obvious when Taystee presents a math problem to the other women studying for the GED.

Between probation fees and the difficulties of finding a job when you have to check the "convicted of a felony" box on an application, it’s pretty impossible for former prisoners to establish a life outside of prison. This is backed up by actual research in the real world, which Taystee cites on the show. If women aren’t given access to services and cash within the first three days of release, reintegration is all the harder, according to a 2016 study done by the National Institutes of Health.

A lightbulb goes off for Taystee, and she proposes a fund that would provide micro-loans to parolees to former warden Joe Caputo. When he runs into problems fundraising for her, she calls up her old "pal" Judy King to help her create the Poussey Washington Fund, which would do just that.

To support the fund, you can donate by texting pwfund to 41411 in the U.S. or visiting crowdrise.com/pwf.

With Poussey’s death in Season 4, which was reminiscent of the way Eric Garner died, Orange Is the New Black was changed forever. So it’s only fitting that the fund is named after the character, especially since she appears to Taystee in the final season in a flashback, and encourages her to not give up on life. "You gotta hold on a little longer than you think you can cause there’s good sh*t working its way to you that you don’t even know about," Poussey tells her.

Taystee creates that "good sh*t" for herself and others by establishing the fund in honor of her best friend. And viewers at home can help give hope to hold on a little longer to the people in real-life who inspired the stories told in Orange Is the New Black by donating to the Poussey Washington Fund.