What do you get if you shave off Seth Rogen’s beard and trademark curly hair? The same funny actor with a ‘smoldering’ silver fox look.

Seth Rogen busted out the clippers – and busted out a brand-new look on Wednesday. In a Sept. 1 Instagram post, the An American Pickle star (and full-fledged potter) showed off a dramatic makeover. “New hair,” wrote Seth, 39, “same smoldering look.” Gone was his curly hair and beard that appeared on movie posters for films like Knocked Up, This Is The End, and The Night Before. Seth now sported short hair that was graying at the temples and a wispy bit of whiskers around his cheek and chin. The shift was dramatic – but it was met with praise in the comments.

“You went from father to daddy there I said it,” commented comedian Chris Klemens. “Classic Rogen smolder,” added comedian/actor Justin Long. Mark Duplass said Seth looked like a “Handsome boy!” while musician Chad Tepper also called Seth a “Daddy.” The multitalented Phoebe Robinson left a string of fire emojis, and many other fans echoed that sentiment. Even the official account for Cypress Hill – who shares a mutual love of cannabis with Seth – left a “smiling face with sunglasses emoji,” giving their stamp of approval to the makeover. 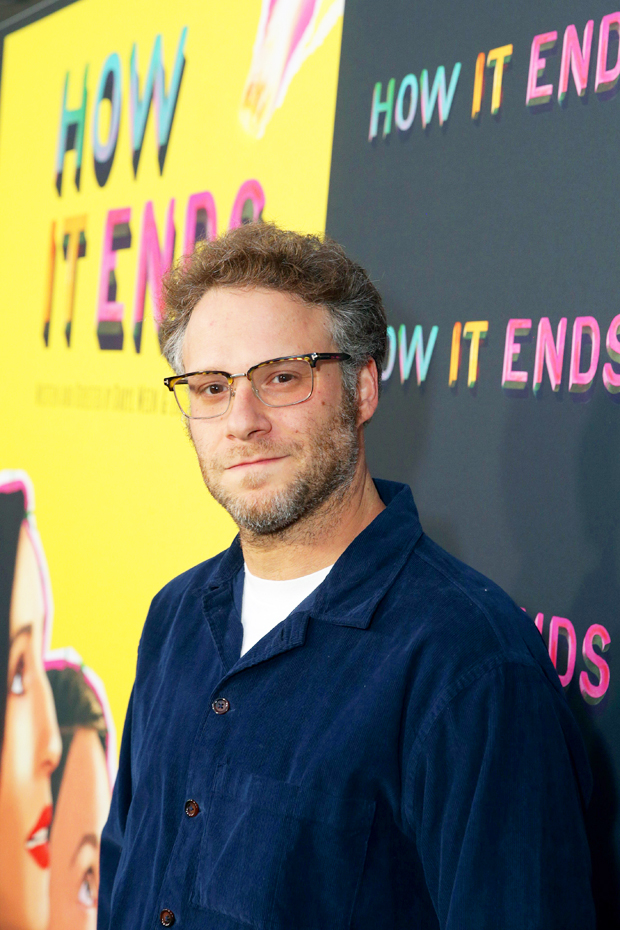 This isn’t Seth’s only hair transformation of 2021. Earlier in the summer, Seth was photographed on his way to film scenes on the upcoming mini-series Pam & Tommy. Seth — who is a producer on the upcoming Hulu series based on  Pamela Anderson and  Tommy Lee’s relationship – plays Rand Gauthier, the former adult film star/electrician who stole a safe containing the couple’s now-infamous sex tape. For the role, Seth cut off his beard and grew out a mullet, fully capturing a sleazy 90s vibe.

Recently, Seth has found a new career as a sculptor and ceramics enthusiast. During the pandemic, he got involved in pottery, and he continues to fill his Instagram with pictures of “whimsical vases, soap dispensers, and ashtrays,” per a March 2021 profile in The New York Times. “Honestly, I was surprised at how much I got from it,” said Seth. “It’s meditative. It forces you to be very present.” At the time, Seth’s cannabis company, Houseplant, was about to sell his first commercial foray into ceramics: a “sumptuously packaged ashtray and bud vase set,” per the NYT. The set was priced at $85, and as of September 2021, is currently sold out.