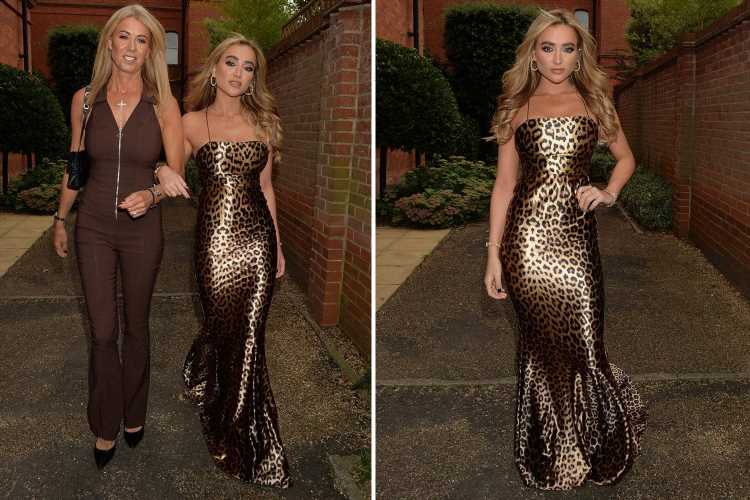 The Love Island star, 26, put on a glamourous display in a gold maxi leopard print dress. 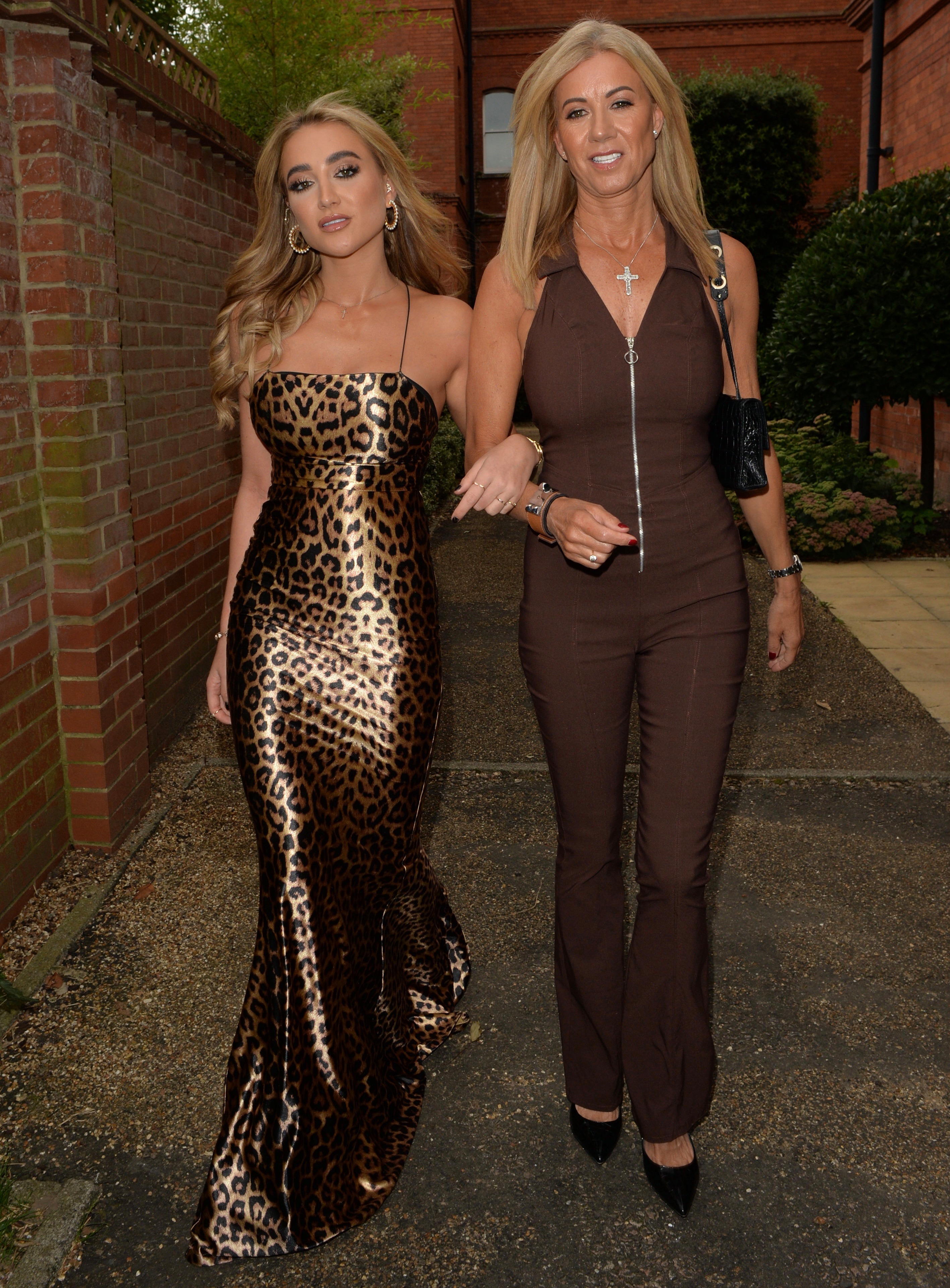 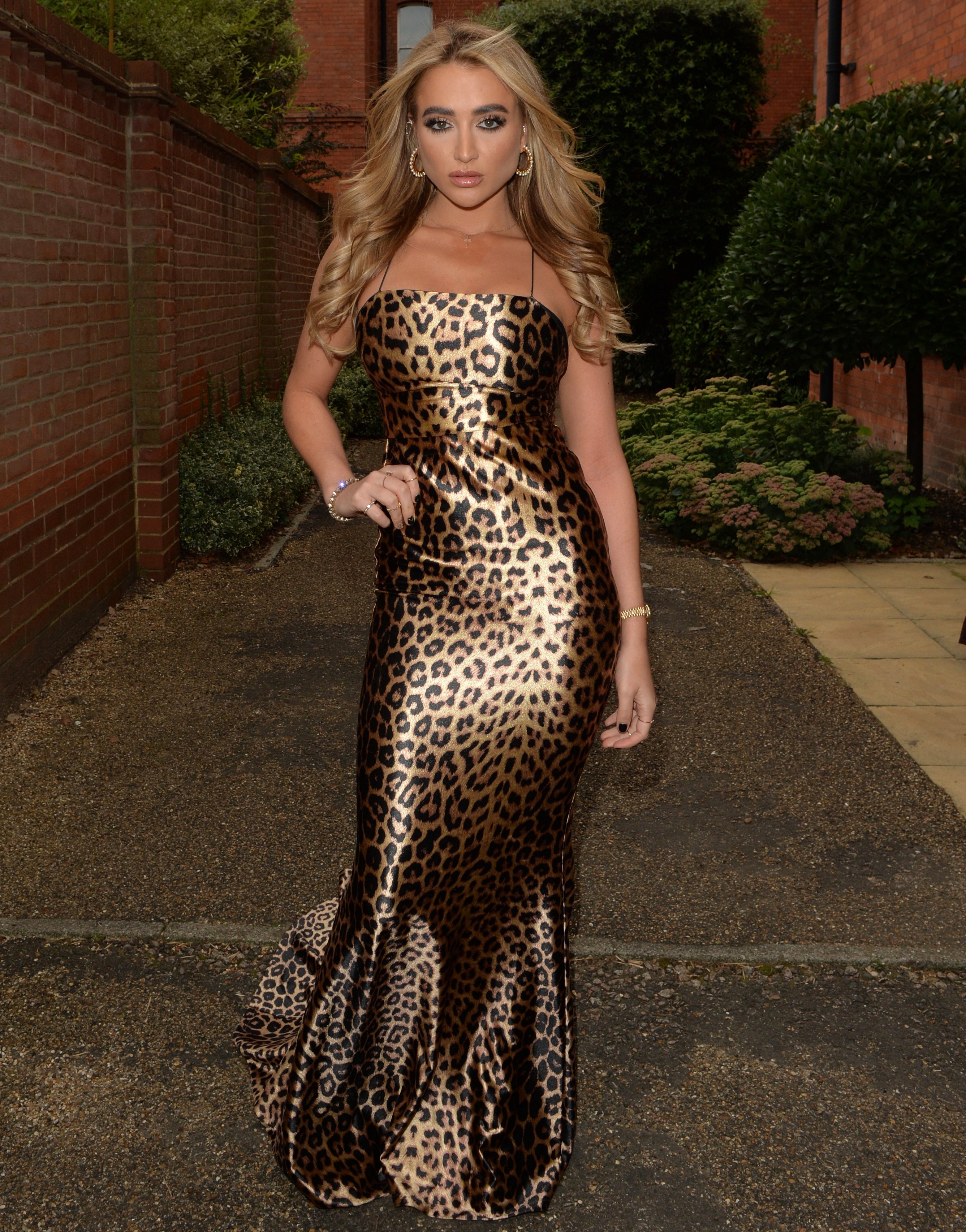 The TV star smouldered at the camera while posing with one hand on her hip.

Georgia completed her look with flawless makeup, gold hoop earrings and a matching watch and bracelet.

The telly beauty showed off her stunning new hairdo, she left her loosely curled blonde hair resting on her shoulders.

The chic ensemble cinched in waist which accentuated her incredible curves.

Georgia, who appeared in Love Island in 2017, was joined by her lookalike mum who donned a chocolate brown jumpsuit.

The outfit featured a zip along the front and she completed her glam look with a pair of shiny black heels and a matching handbag.

She wore a gold cross on a chain around her neck as she beamed at the camera.

The mum-daughter duo linked arms for one photo and also showed off their peachy posteriors in another snap.

Towie's Georgia recently admitted that she was "always drunk" on set and had her scenes cut because they couldn't understand her.

The reality star disclosed the shocking revelation in a recent video shared on her TikTok account.

Georgia is arguably most well-known for her stint on the third series of Love Island back in 2017, but she actually shot to fame on the ITVBe show three years before.

Despite ruffling a few feathers by flirting with both Lewis Boor and Tom Pearce, she only managed one series before producers gave her the axe.

And now she's revealed that the main reason she got given the boot was because of drinking too much.

She told her followers: "So I was on Towie when I was about 19 and to be fair, I was a nightmare, I was always drinking on set.

“They had to actually cut a couple of my scenes because literally, I was so drunk you couldn’t even understand me.”

"And once I got called into the office for getting drunk midday at Thorpe Park.

“I was just young and nervous, it is what it is.”

Georgia admitted that she left feeling red-faced about the whole situation.

She continued: "I was so embarrassed when I got dropped. They put it all over the press. And a lot of people were so happy to see me go, some of the characters that didn't like me.

“They literally revelled in me getting dropped.”

But she then went on to explain that getting dropped led onto bigger and better things for her.

“Then two years later I went on Love Island and I got more followers in two weeks than I would have got in ten years on Towie.

“So, there you go guys. Everything happens for a reason. Keep faith. ”

Fans flocked to the comments section to praise her for being so real with her followers.

A third added: "I absolutely loved you on Towie!!!"

A fourth chimed in: "Loved you on both Towie & Love Island make great TV Georgia, plus you're stunning."

Although Georgia shot to fame in 2014, her time in the Love Island villa propelled her into stardom.

Since then Georgia has become one of the most successful reality stars to date and has appeared on other telly shows such as MTV's The Challenge and Ex on The Beach. 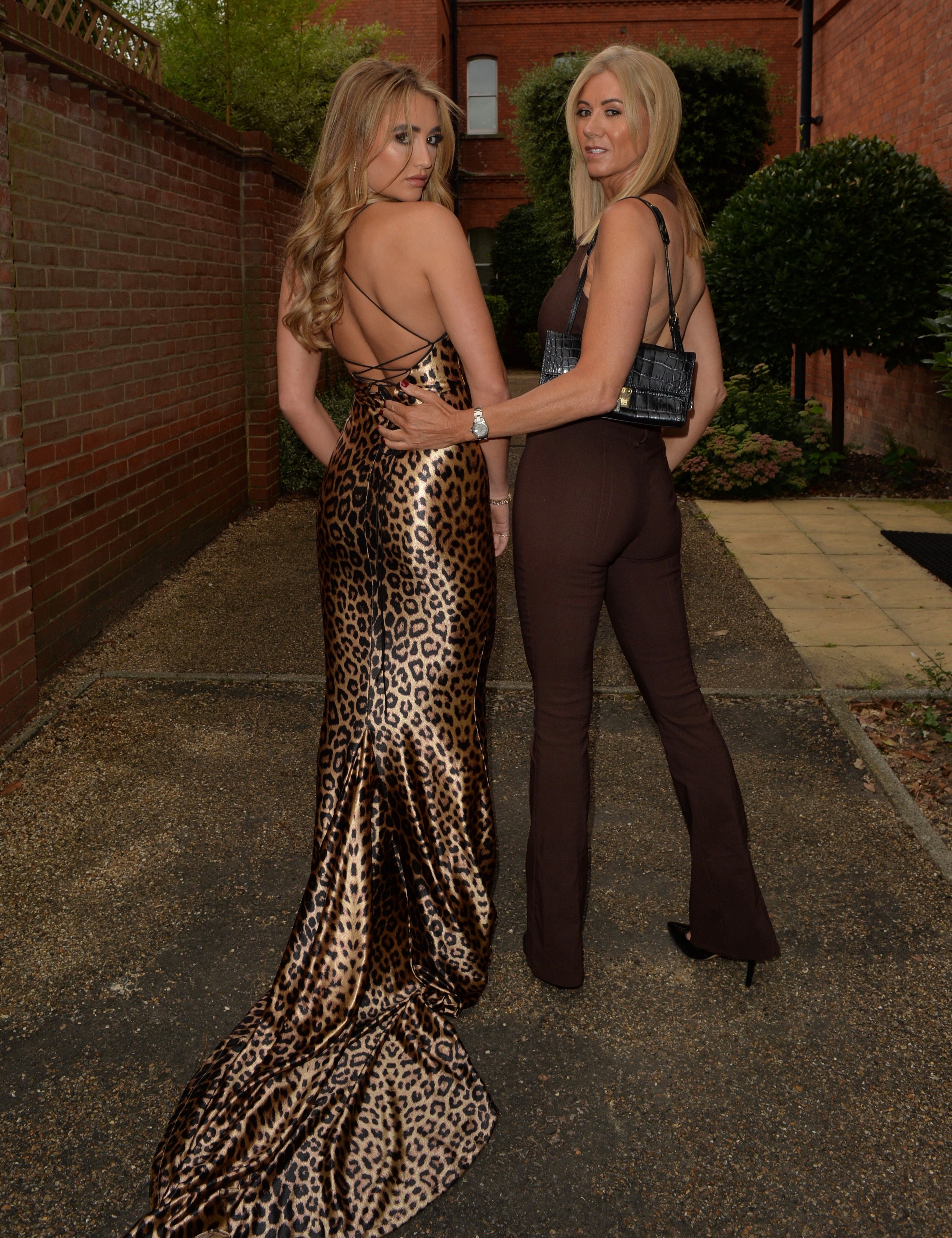 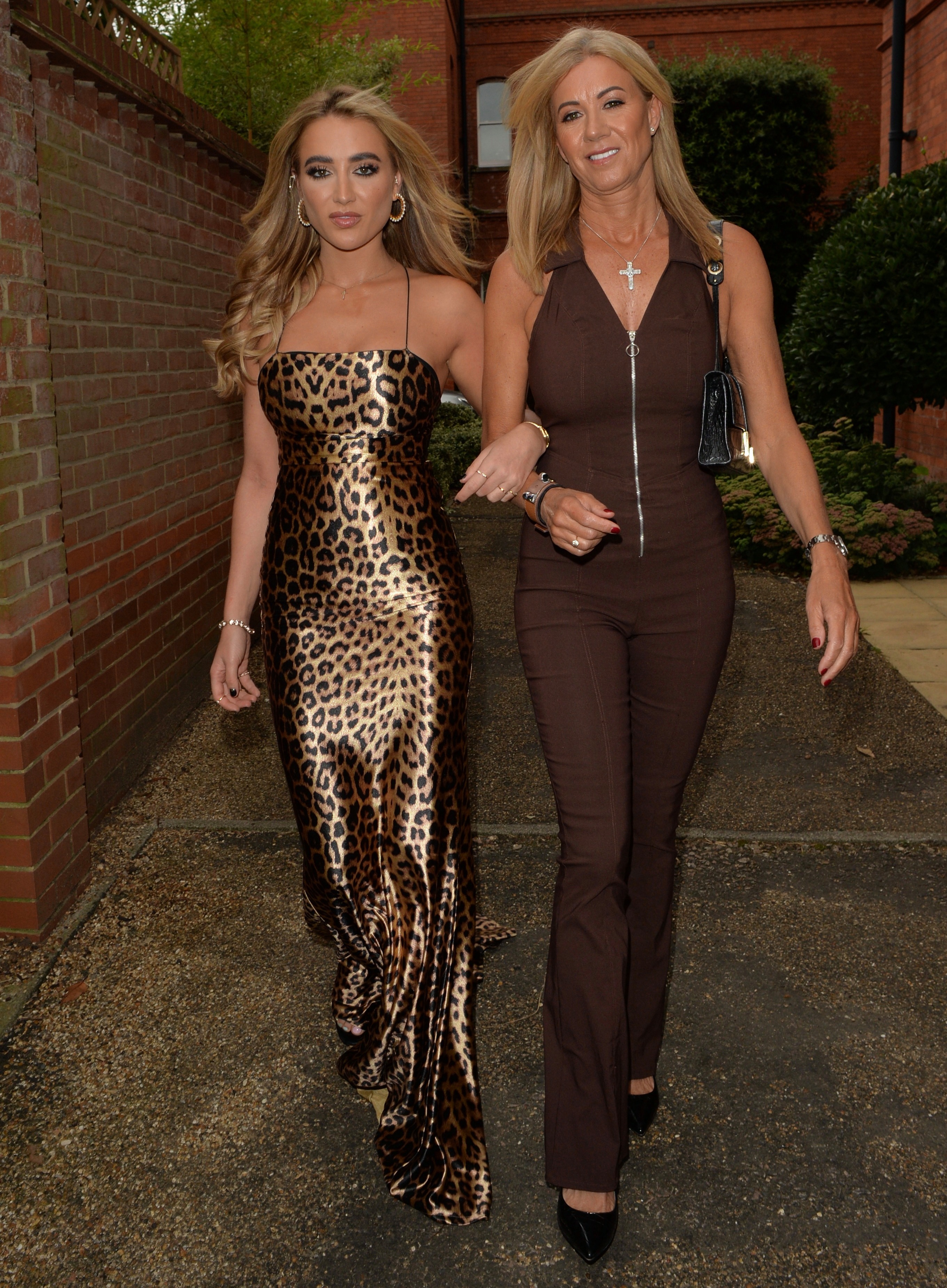