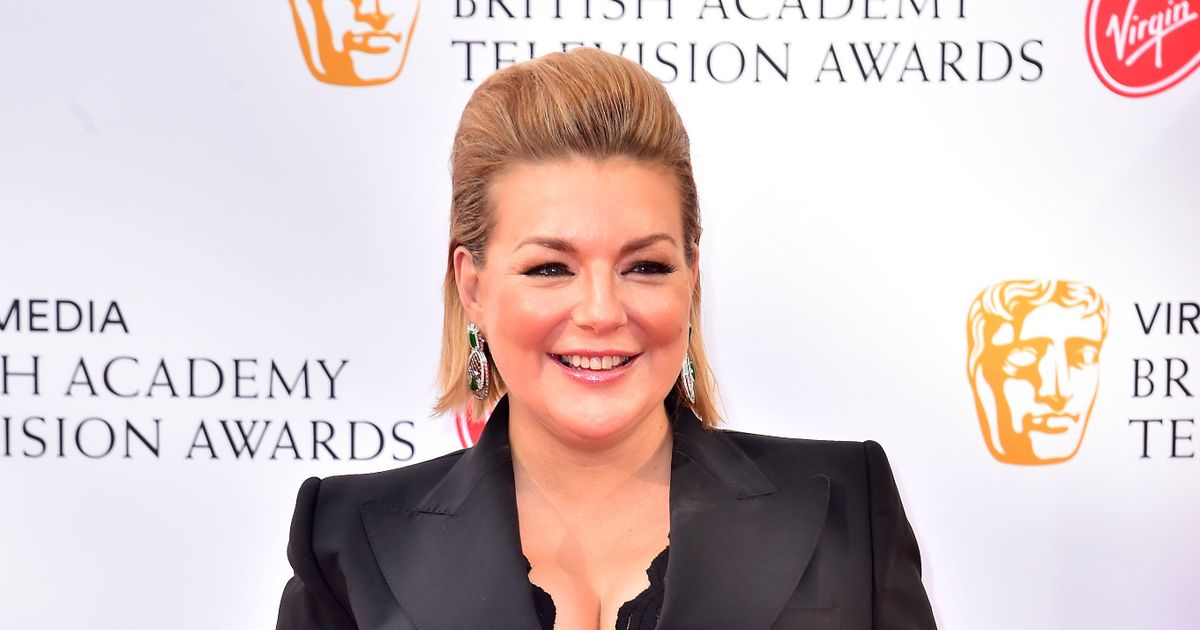 Sheridan Smith 's birthday present to herself is ditching the booze in a bid to make the most of her recent comeback.

The actress, who turns 38 tomorrow, has vowed to stop drinking and has already seen the positive benefits after just a week.

After a turbulent four years from hell, where she found herself in a downward spiral after her dad was diagnosed with cancer and battling a series of mental health problems, the Funny Girl star appears determined to move on from her difficult past.

Sheridan explained that she made the decision to quit alcohol after she "fell apart completely" following her off-stage problems.

Sheridan was riding high on the success of her turn as Cilla Black as well as Mrs Biggs and The C Word by 2015, all of which she won critical acclaim for.

But despite the praise her working-class background made her anxious about fame and she suffered from “imposter syndrome”.

She went on to receive BAFTA and Olivier awards but that did nothing to stop her insecurities increasing the more successful she became.

The actress was battling anxiety and depression when she received news of Colin's cancer diagnosis in early 2016, which triggered a mental breakdown.

With a starring role on stage in Funny Girl, Sheridan tried to juggle both spending time with her ailing dad and performing every night on stage.

Sheridan strongly denied rumours that she was drunk on stage during one performance which had to be cancelled 15 minutes in, saying it was "categorically not true" as the theatre blamed "technical issues".

She then ended up pulling out of the show to take a two month break to be with her dad and said she "felt terrible" for letting down fans who had booked tickets.

After Colin sadly passed away in late 2016 , Sheridan revealed his illness had left her struggling to cope.

She also tragically lost her brother Julian to cancer when she was just eight and explained in a recent interview with Stella magazine : "I couldn’t cope. I’d been to see specialists about stress and anxiety. I didn’t know what was happening to me."

Sheridan faced humiliation at the 2016 Bafta Awards when she not only failed to win the two gongs she'd been nominated for, but was also the subject of host Graham Norton's cruel quips about her being drunk on stage .

She'd always denied claims of boozing at work, but her onstage issues in the show prompted Norton to make a joke about her at the glitzy award ceremony that year.

He said: "We’re all excited for a couple of drinks tonight.

"Or, as it’s known in theatrical circles, a few glasses of technical difficulties."

She said of the moment: "That tipped me over the edge. I just lost it.

"I was in unbelievable distress, trying to keep it all together and then a room full of people in my industry were just laughing at me…"

The joke prompted her to respond on social media by posting a series of sweary tweets, and the actress says the devastating moment pushed her over the edge.

She added: "Honestly, I don’t remember [the tweets]. Drink. Desperation. Humiliation. I fell over the edge."

Sheridan also faced further professional setbacks when she announced a series of dates for her Northern Soul tour which had 'disappointing sales'.

She had performed nine shows at the end of 2018 where it was claimed she flashed her knickers, encouraged the audience to get drunk and rattled off expletives.

She shocked Cardiff audiences as she was wrapping up her tour when she told them she was "bonkers" and that she wanted to get naked on stage.

"This is so new to me, because obviously I’m used to playing roles and hiding behind characters, so bear with me.

"I feel naked right now. I will get naked — but in the second half," she told the Cardiff crowd.

Putting career woes aside Sheridan went on to meet and get engaged to her now fiancé Jamie Horn in whirlwind romance.

But by November 2018 Sheridan faced a further setback when she reportedly stayed up all night on a '20-hour booze binge' following a furious row with him.

Her friends were said to be worried about the star and what she admits was a "drunken" Instagram post in May about her mother-in-law killing her dog appeared to be a big catalyst for change.

Sheridan accused her 28-year-old insurance broker of threatening her and said his mum murdered her dog.

She's now explained that she was tipsy and "upset, emotional and angry" as she revealed her regret at making the extreme claims.

They live together in Kent along with 12 dogs, a couple of horses, four donkeys, two pot-bellied pigs and a pair of goats.

Sheridan has said that she is now on anxiety medication and has found Jamie's support has helped her, along with her many animals who she says "give me real peace".

She will return to the West End this month as the narrator of Joseph And The Amazing Technicolor Dreamcoat.