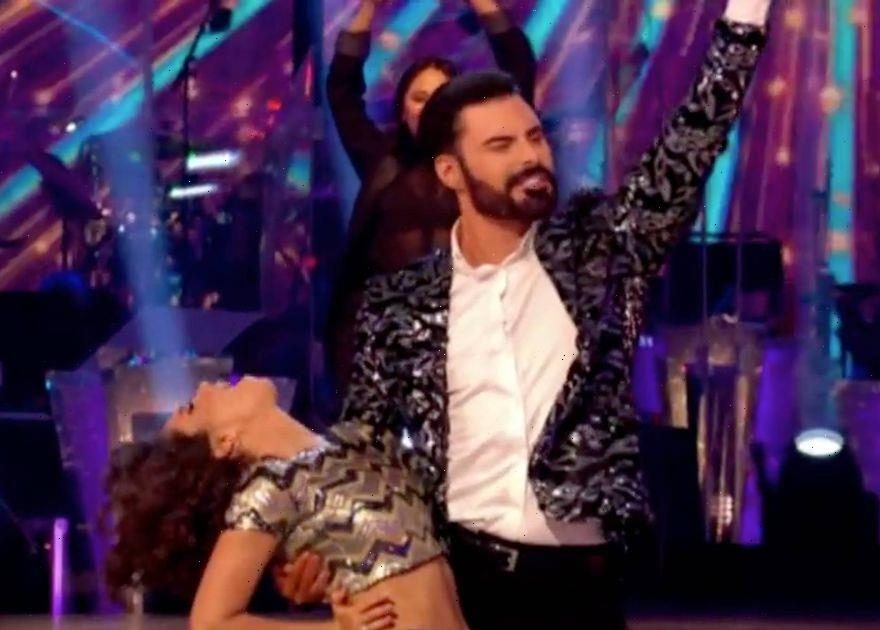 Strictly fans are surprised at the height difference between It Takes Two hosts Rylan Clark and Janette Manrara after they performed a dance routine on the show.

The Strictly spin-off, which sees interviews and backstage access to the show between the main competition each week, aired its final episode of the series on Friday.

As the pair finished their routine, viewers couldn’t help but notice the massive height difference between the two.

One person on Twitter wrote: “I am so grateful for the COVID tests that allowed Rylan and Janette to stand together just so that we could see the incredible height difference properly.”

Another person questioned: “Is Rylan CGI’d there or is he really that tall?”, while another joked: “Rylan is eight feet tall. How is that possible?”

Another added: “He's so tall and she is so tiny, omg!”

Rylanpreviously claimed on Twitter that he’s 6ft 4inches tall , or 1.93 in metres.

The presenter, 33, previously said that people are often shocked by his height when they meet him.

Speaking to the MailOnline, Rylan said: "They’re always surprised by how tall I am. And they often say, 'Oh, you’re much better looking in real life,' which is a bit of a backhanded compliment. Does that mean I look like a freak on TV?"

Meanwhile, Janette, who celebrated her 38th birthday this year is 5ft 1inch tall according to her agency website, which leaves a 1ft 3 inches height difference between the pair.

The Strictly Come Dancing 2021 final will air on BBC One on Saturday 18 December at 7pm.

Stay up to date with all the latest on your favourite stars by signing up to OK!'s daily celebrity newsletter.