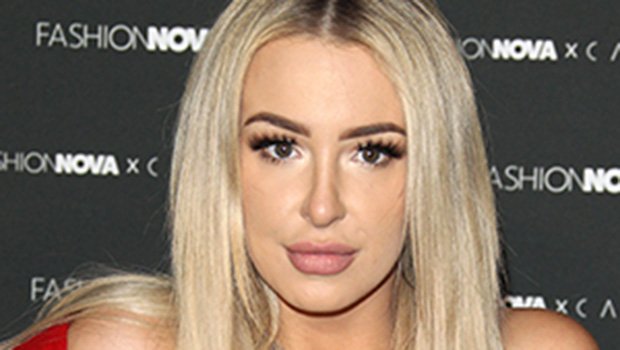 Introducing….the soon-to-be Mrs. Jake Paul! Tana Mongeau and her fellow YouTube star are about to become the biggest power couple on the Internet, so get all the info on Jake’s fiancée.

“JAKE JUST PROPOSED,” Tana Mongeau, 21, tweeted on June 24, which set the Internet on fire. The news that she and Jake Paul, 22, were about to become a YouTube power couple left fans shook. While some questioned if this was another one of Jake’s pranks, Tana shared a shot of the ring to her Instagram story. She also shared Jake’s proposal, which came in the form of a cake with the words “Will you marry me, Tana?” written on it, on her Stories. As the couple plans their upcoming nuptials, here’s all you need to know about the soon-to-be Mrs. Jake Paul.

1. She’s an Internet personality and a musician. Tana Marie Mongeau was born and raised in Las Vegas, Nevada. She started her YouTube channel in 2015 and amassed 4.5 million followers by 2019. Her channel consists mostly of story time blogs and get-ready-with-me-type of videos. She released her debut rap single, “Hefner,” in November 2017. Her second solo single, “W,” was released in March 2018 and her third, “F**K Up,” dropped in August 2018. Her fourth single, “FaceTime,” was released alongside its music video in May 2019.

2. Tana has also done a little bit of acting. Escape The Night is a murder-mystery reality web series hosted on YouTube Red, the premium version of the streaming platform. It stars a whos-who of Internet personalities, and Tana appeared in a handful of episodes in 2017 and 2019.

3. She used to date Bella Thorne. Before she was involved with Jake, Tana was romantically entwined with another Disney Channel star: Bella Thorne. Tana and Bella, 21, dated for little over a year, from the summer of 2017 to February 2019. It appears that the breakup wasn’t all that bitter, at least not on Bella’s end. To celebrate Tana’s birthday on June 24, Bella shared a throwback photo of Tana straddling her while they were on a yacht. “Through thick and thin,” Bella wrote. “I love you, Tana. Happy [birthday] you beautiful, beautiful, special girl.” Bella responded to Tana’s engagement with pictures of her tear-stained face. “When [your] ex gets engaged.”

4. She attempted to make her own VidCon but ended up making her own Fyre Fest. VidCon is a massive, yearly gathering for creators and fans. On the same weekend as the 2018 VidCon, Tana attempted to throw her own convention, TanaCon. Tana started this competing convention after she claimed VidCon refused to give her a “Featured Creator” badge, which affords attendees extra security measures, according to The Verge. She held TanaCon at the Anaheim Marriott Suites hotel, and while there are claims that 20,000 showed up, 4,200 tickets were sold (and the hotel’s event space could only hold 5,000 people.) Attendees waited in line for hours, only to be told to come back the next day.

The lack of food and water while waiting in the California sun left fans sunburned and angry. Some creators who agreed to appear at TanaCon expressed regret over the decision, especially after TanaCon was canceled due to poor planning “I take full responsibility,” Tana said afterward. “I shouldn’t have f*cking thrown a convention in two months. It was dumb and compulsive, but I wanted to make change in this industry and create a better space.”

5. No one knows if this engagement is for real. Tana and Bella split in February 2019. In April, she and her then-boyfriend, Brad Sousa, split. Soon after that, Tana posted a Snapchat video, and Internet detectives determined it was from Jake Paul’s bed, per Buzzfeed. Jake and Tana did a video afterward to dispel the dating rumors, but fans began shipping the two. Since that first appearance together, they’ve done numerous videos together. They have publicly said that their relationship is for clout (and to make some money, as they have #Jana merch available.) Even after this proposal, some fans are unsure if this is just a stunt while others are hoping that there are some sincere feelings between Jake and Tana.