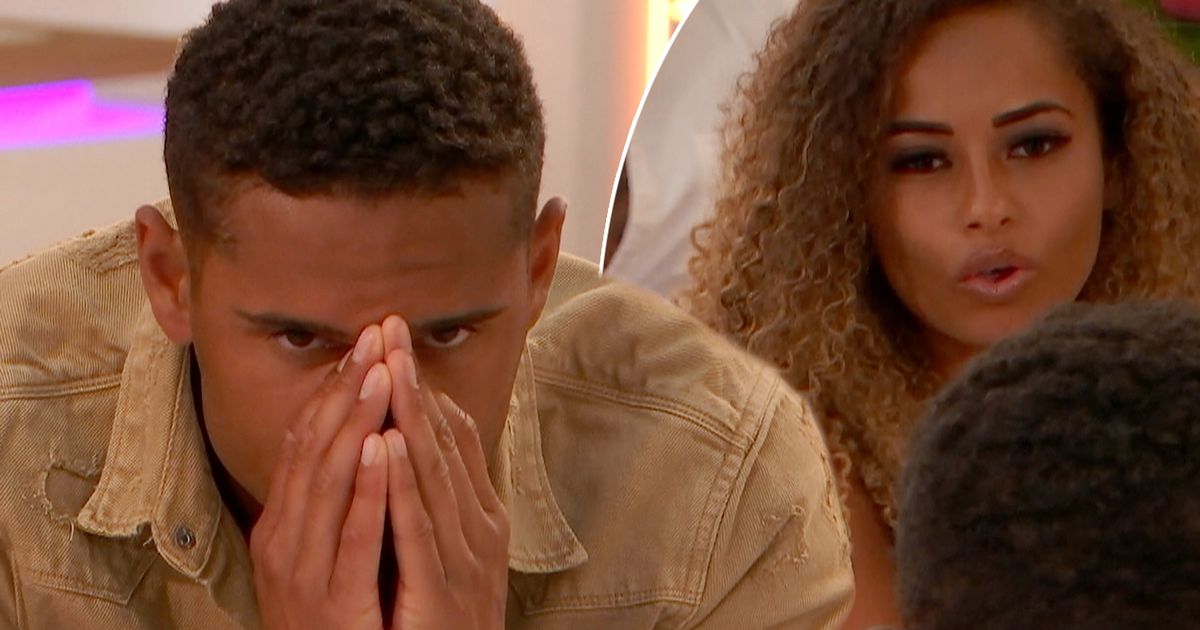 Despite no longer being in the villa, her exit has caused frictions with her former islanders.

Animosity quickly spreads through the villa on Tuesday night’s show, with the majority of the girls turning against Danny for his decision to couple up with model Arabella over original islander Yewande.

After a backlash for Yewande’s friends Amber Gill and Anna Vakili, Danny protests: “It’s just unfortunate how people can hold a grudge for me doing what’s best for myself.”

Amber Gill vents in the Beach Hut: “I just think people can talk all they like but actions speak louder than words and I think that Arabella and Danny are conducting themselves in such a bad way that I just feel like ‘what do I have in common with you?’ It just doesn’t sit right with me.”

Keen to confront the model on his actions, Amber pulls him over to the daybed, asking: “Is there a problem? Just checking, it just looks like there’s an issue.”

As Danny retreats from the group, Tom Walker hurries to give the Hull native some words of advice.

“Things move so fast in here and you’ve done you. Don’t think about other people’s personalities. You’ve done you. I think you’ve made the right decision.

Danny’s new partner Arabella, Anton Danyluk and Lucie Donlan are also quick to rally around Danny, with Anton explaining in the Beach Hut: “There is definitely a divide since Yewande left. I think people need to remember that these decisions aren’t easy to make.

“We’ve not made them out of nastiness for anyone, we’ve made these decisions which are best for us and people shouldn’t put so much pressure on it.”

But Anna decides to give her own perspective on the situation, saying: “Arabella’s been here for a couple of days and somehow she’s managed to worm her way into Danny. I feel like Yewande deserved better.”