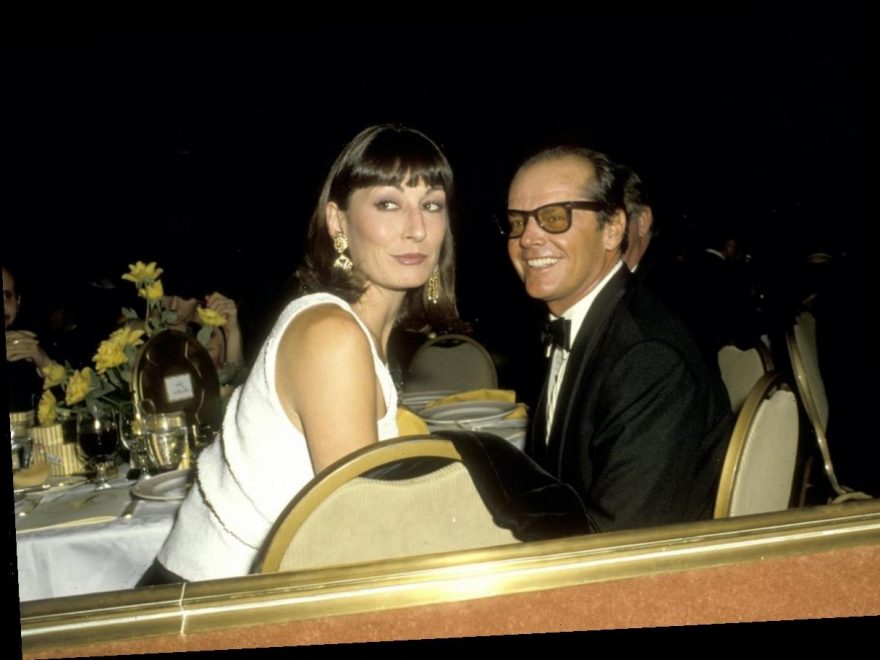 Jack Nicholson and Anjelica Huston shared one of the most glamorous relationships in Hollywood.

Nicholson frequently showered Huston with compliments and expensive jewelry for the whole world to see.

But all the diamonds and flattery in the world couldn’t take away from the number of affairs that Nicholson would have. And eventually, Huston became so fed up with his cheating that she decided to leave him.

How long were Jack Nicholson and Anjelica Huston in a relationship?

Nicholson and Huston dated on and off for 17 years. The two met at one of his house parties, where she arrived as a guest. In Huston’s recently published memoir, the actor recalls the moment she first laid eyes on Nicholson.

Once she saw that signature smile of his, she thought to herself, “Now there’s a man you can really fall in love with.”

That night, Nicholson spun Huston around the dance floor until the break of dawn. It was then that their tumultuous relationship began.

Jack Nicholson frequently cheated on Anjelica Huston with other women

Nicholson had a habit of jumping into bed with other women throughout his courtship with Huston. And the worst part? He held no guilt about the affairs. Whenever Huston would confront him about cheating, he would roll his eyes and act “bored to tears.”

But as it turns out, Huston had a right to be suspicious. While he was still with Huston, he ended up getting another woman pregnant. This was a pivotal moment for The Addams Family actor, who finally had enough.

She told Nicholson, “There’s only room for one of us women in this picture, and I am going to retire from it.”

She writes in her memoir,

“We hugged, and I felt the floor dropping out from under me, and some wave of forgiveness, and, finally, the hopelessness of a relationship that’s done, flopped, croaked, and over. The next day I announced the news to one of my chattier friends with the idea that everyone would be in the know by lunchtime.”

A few days later, Huston discovered one of Nicholson’s Playboy interviews where he went into detail about one of his affairs. (He described playfully spanking a woman with a ping pong paddle.)

She immediately called up Nicholson and asked where he was.

Without hesitation, she stormed into his office and attacked him.

“He was coming out of the bathroom when I attacked him,” she writes. “I don’t think I kicked him, but I beat him savagely about the head and shoulders. He was ducking and bending, and I was going at him like a prizefighter, raining a vast array of direct punches.”

“Finally, I was exhausted. We sat down, and I cried. Then, with renewed effort, I attacked him again. And all the while, I felt a strange underlying gratitude to him for allowing me to beat the living hell out of him. Later, in the days that followed, I talked to him on the phone, and he said, ‘Goddamn, Toots, you sure landed some blows on me. I’m bruised all over my body.’ And I said, ‘You’re welcome, Jack—you deserved it.’ And we laughed. It was tragic, really.”