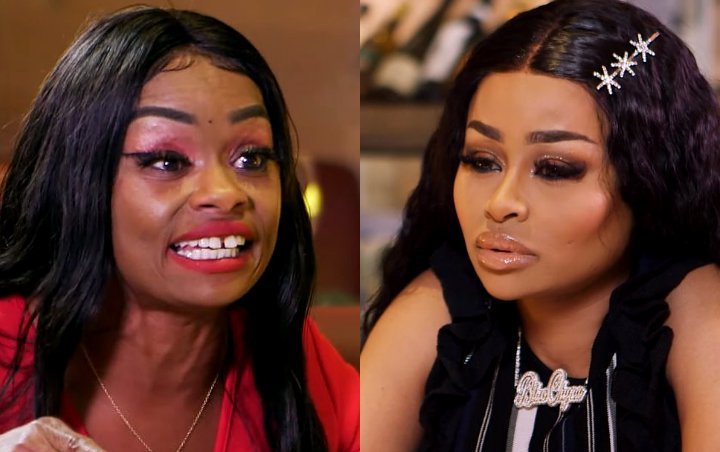 In an audio clip that has circulated online, Toni suggests that she has been trying to endure it all this time, until the former stripper does something that she can’t never forgive.

AceShowbiz -It’s not even been half a year since Tokyo Toni and Blac Chyna reconciled following years-long feud, but their beef is apparently back on. The former declared that she’s done trying to keep up with her daughter because she allegedly continued disrespecting her.

The Neighborhood Talk obtained an audio clip of Toni slamming Chyna. She could be heard saying, “The amount of disrespect that my daughter has given me, my family, my mother is absolutely ridiculous. Well, I personally ain’t trippin’ on her no more.” She added, “I’m, like, at my wit’s end. I don’t give a f**k no more.”

It appeared Toni had been trying to endure it, but all hell broke loose when Chyna did something that she could never forgive. “Now what did that last straw? After she called my mother by her first name,” she said.

Toni and Chyna first ended their longtime feud during the latter’s appearance on “The Wendy Williams Show”, on which she hoped her mother would accept her invitation to star on her reality show “The Real Blac Chyna“. Toni happily agreed to it, but in the premiere episode of the show, they were seen getting caught in a screaming fight.

While Chyna was trying to stay calm, Toni got in her face and yelled at the top of her lungs. The latter said Chyna was always disrespectful and disgusting, before threatening to beat her and called her daughter a “b***h” and a “whore.” She said at one point, “You put your hand in my face again, I’m going to strecth your a** across this motherf***ing kitchen. Keep your hand out of my face. Don’t touch me no more. You do it again…I’m gonna rock your world.”

Later in a confessional, Toni said, “I don’t care what your mother did to you. I don’t care if she sold your p***y to an army…you still better respect your mama.”