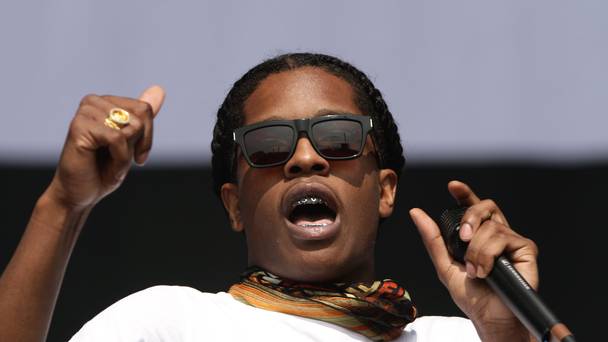 US President Donald Trump has lashed out at Sweden after a prosecutor charged rapper ASAP Rocky with assault over a fight in Stockholm last month.

Mr Trump said he was “very disappointed in Prime Minister Stefan Lofven,” whom he personally lobbied, “for being unable to act”.

Mr Trump also called on Sweden to “Treat Americans fairly!” and “Give ASAP Rocky his FREEDOM,” adding: “We do so much for Sweden but it doesn’t seem to work the other way around.”

He used the popular hashtag “#FreeRocky.”

Swedish prosecutor Daniel Suneson said he filed charges against the rapper and two others “having come to the conclusion that the events in question constitute a crime and despite claims of self-defence and provocation”.

The rapper is a platinum-selling, Grammy-nominated artist whose real name is Rakim Mayers.

He has been in custody since July 3 as authorities investigate a fight he was allegedly involved in on June 30 before appearing at a music festival.

The three suspects will remain in custody until trial.

The Stockholm District Court will set a date for the proceedings.

21 Female Comedians Who Are Killing It Right Now
Lifestyle

National Lottery: Urgent search after lucky ticket-holder wins £10,000 a month for 30 YEARS – could it be you? | The Sun