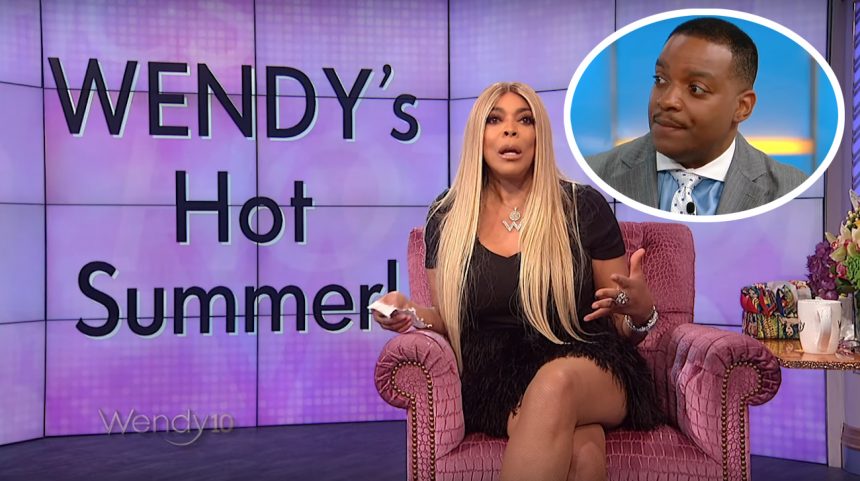 Wendy Williams‘ new man she’s “crazy about” has been revealed!

After clearing the air about her possible boyfriend, Marc Tomblin, during Monday’s show, Miz Williams is making way for the latest boo in her life!

Enter Dr. Darrin Porcher, a retired NYPD lieutenant, criminal justice professor, and regular radio/TV commentator, who is also apparently the object of Wendy’s affection! An insider close to the daytime TV host spilled toto DailyMail that she is “smitten” with him.

Sources claimed the two have been together already for a few weeks, and how he has even appeared on her show in the past, adding Porcher had his ties to her estranged husband Kevin Hunter:

“He’s also friends with her ex Kevin so it didn’t go down too well with him when he found out. Kevin Jr knows about him and is happy for his mom.”

Ch-ch-check him out (below):

However, when contacted by DailyMailTV, the 54-year-old doctor denied there was any romance brewing:

“I’m flattered, but that’s not the case. I was brought in to provide security for Wendy during her divorce, she wanted someone with an air of legitimacy. But that’s where it ends, I’m happily in a relationship right now.”

Wendy spilled her own tea on Monday morning’s show, suggesting that there was someone else in the picture, (and it seems that Darrin fits the bill) sharing with her audience (below):

“I’m not on the market anymore… I’m not in love, but there’s someone I’m crazy about! Listen, it’s not who you think, OK? Mother doesn’t deal with children. It just so happens, with my charm and whit, that I attract people of all ages. Twenty-seven-year-old boys, quite frankly, find me attractive. I get it, but when it comes time for the comfort of a man, I need sometime in their 50s too, and he’s got to work. And it helps that he’s a doctor. He’s been married. His kids are in their 20s, and yes he’s black. He’s brown-black. But I am not going to say one more word. You’re not going to blow this for me.”

“He’s from LA. He came to New York. He had never been to New York before. Skyscrapers and everything. I’m a hand holder. If we go out, I’m holding your hand.”