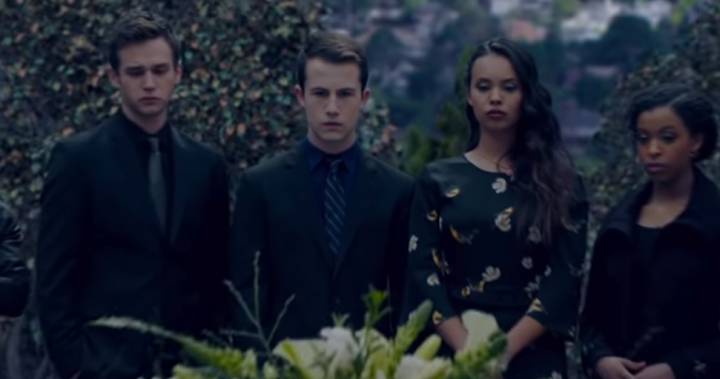 WARNING: This article contains explicit information related to suicide and mental health that may not be suitable for all readers. Discretion is advised.

This trailer also reveals a major spoiler. Do not watch if you haven’t seen the previous two seasons of 13 Reasons Why and plan to do so.

Nearly 15 months after the release of its second and most recent season, Netflix‘s 13 Reasons Why just revealed its first look at Season 3 in an all-new trailer.

The third instalment of the highly controversial series will focus on the death and possible murder of one of its former lead characters, Bryce Walker, who is portrayed by Justin Prentice.

To coincide with the trailer, the team behind the hit show launched a website called Whokilledbrycewalker.com. It’s accessible through both Android and Apple mobile devices.

Dylan Minnette returns to the forefront as Clay Jensen, along with Liberty High classmates Tony Padilla (Christian Navarro), Jessica Davis (Alisha Boe) and Alex Standall (Miles Heizer), among many others, as they deal with the repercussions of the dramatic Season 2 finale.

According to Variety, the upcoming 13 episodes will lead into the fourth and final season of the show, which is reportedly already in production.

In the trailer’s opening, sirens wail as Alex’s detective father works a case behind yellow tape.

An unnamed female voice narrates as the video cuts to mysterious clips of each of the show’s lead characters.

“Detective Standall,” she says. “Here’s the thing about the kids at Liberty High. They’re connected by their secrets. Connected and forever changed.

“The truth is, given the right circumstances, [or] the right motivation, anyone could have done this.”

The clip immediately cuts to an anxious-looking Clay before cutting again to Bryce’s funeral.

A title card then reads: “Who killed Bryce Walker?” before revealing the August release date.

The series drew praise and criticism when it debuted in 2017. The show included warnings about its graphic nature, and Netflix established a website of crisis helplines.

Netflix chairman and CEO Reed Hastings found himself defending the decision to renew the series for a third season in June 2018.

“It is controversial,” he said during a Netflix shareholders meeting. “But nobody has to watch it.”

Hastings said 13 Reasons Why is “engaging content” that “has been enormously popular and successful.”

The show drew criticism in its first season for its graphic depiction of a teenager’s suicide. The character, Hannah Baker, is still a prominent part of the show’s second season through flashbacks, which has also sparked criticism.

An American parental council also called for the streaming service to cancel the popular teenage drama after a young man was shown being violently raped in the Season 2 finale.

In the episode, Tyler (Devin Druid) is raped by a school bully with a mop handle after being viciously beaten in the bathroom. It’s then implied that he contemplates a school shooting massacre as revenge.

A scene from 13 Reasons Why.

Based on the events of that finale — in addition to other themes — the American censorship advocacy group Parents Television Council wanted the show removed from Netflix, saying it’s a real danger and presents morbid, dangerous ideas to teenagers.

13 Reasons Why Season 3 is scheduled to air on Netflix worldwide on Aug. 23.

If you or someone you know is in crisis and needs help, resources are available. In case of an emergency, please call 911 for immediate help.

The Canadian Association for Suicide Prevention, Depression Hurts and Kids Help Phone 1-800-668-6868  all offer ways of getting help if you or someone you know may be suffering from mental health issues.

—With files from Katie Scott