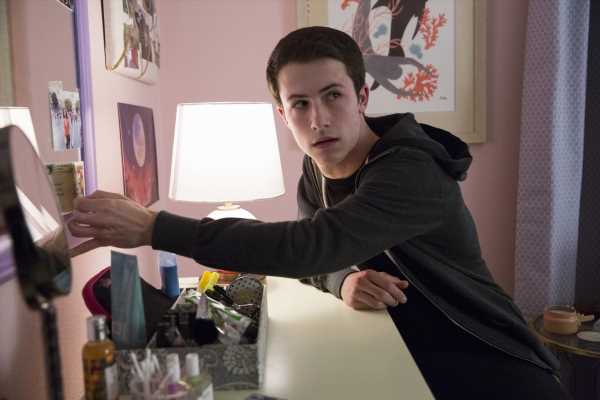 The announcement that 13 Reasons Why Season 3 is returning next month wasn’t the only big news Netflix dropped on Thursday, Aug. 1, in regards to the show. According to the streaming site, 13 Reasons Why will end with Season 4, and the final episodes could be coming soon.

On Thursday, Netflix dropped the 13 Reasons Why Season 3 trailer, which revealed a major character’s death. The show, which returns on Aug. 23, has moved far past Jay Asher’s book of the same name. The tapes have long been played, now, the show’s looking to solve the mystery of who killed Bryce Walker, the classmate who sexually assaulted both Hannah and Jessica. The sad truth, as the trailer notes, is anyone could have murdered Bryce, which is why everyone at Liberty High is now a suspect.

Along with news of 13 Reasons Why Season 3, it was revealed that Netflix had picked up the show for an additional season. Season 4 will be 13 Reasons Why‘s last and, according to Entertainment Weekly, it’s already in production. The final season will "feature the core cast’s graduation from Liberty High," giving fans a chance to say a proper goodbye to these teen characters, who have already been through so much. And from the looks of Season 3, it hasn’t gotten any easier since fans last saw them.

This upcoming new season will reportedly pick up eight months after the Season 2 finale, which showed Clay (Dylan Minnette) and Tony (Christian Navarro) just barely stopping Tyler (Devin Druid) from committing a school shooting at Spring Fling. Bryce has been found dead and the police are looking for his murderer. This means, they’re once again delving into the dark secrets of his Liberty High classmates. "The stakes are raised in this riveting third season of 13 Reasons Why," the Season 3 official synopsis states, "as the consequences of even the most well-intended actions can alter a life forever.”

This season will introduce a new character, Ani, played by Grace Saif, who is the narrator in the Season 3 trailer. According to EW, she will play an important role in telling this season’s story. And it’s a story, that according to Deadline, will not include suicide.

Last month, Netflix removed the graphic suicide scene from the series, citing "advice of medical experts" who felt the show had gone too far. The decision came after recent study published in the Journal of the American Academy of Child and Adolescent Psychiatry with support from the National Institutes of Health (NIH), found that a month after the series was released, there was a nearly 30% increase in suicides among teens in April 2017. A direct connection was not proven, but the study caused alarm among viewers, and it seems, some of the creatives over at Netflix.

As of right now, there is no premiere date or episode count for 13 Reason Why‘s final season. It’s also unclear of when Season 4 will take place. So fans will simply have to wait a little longer to say goodbye to 13 Reasons Why — but maybe not as long as they feared.