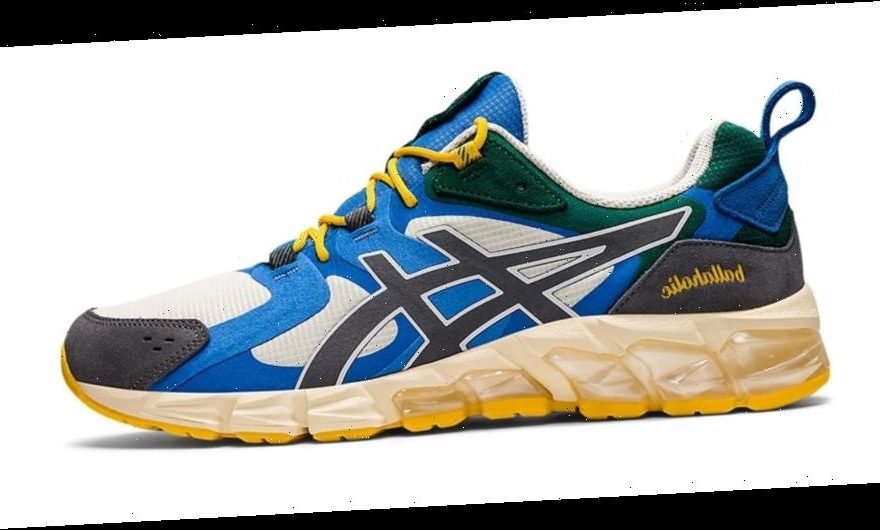 Blue and cream are the main tones used, with the former concentrated around the quarter, tongue and heel while the latter is used on the quarter, toebox and collar. A smoky dark gray makes its presence felt on the Tiger stripe, the mudguard and the heel clip, the last of which features a debossed yellow Ballaholic logo.

More yellow is present on the laces and outsole, with forest green being worked into the color scheme too via placement on the tongue, top eyestays and heel. Midsoles offer a cream tone to match the upper and, as indicated by the shoe’s name, feature a 50/50 cushioning setup that combines a GEL heel and midfoot with a FlyteFoam forefoot. Finishing touches of detail are served up by a tonal ASICS hit on the tongue, a faint basketball logo on the heel and co-branded insoles.

The Ballaholic x ASICS GEL-QUANTUM 180 released in Japan at the top of the month, but is set to make its US debut via the ASICS webstore on March 24. The MSRP is set at $150 USD.