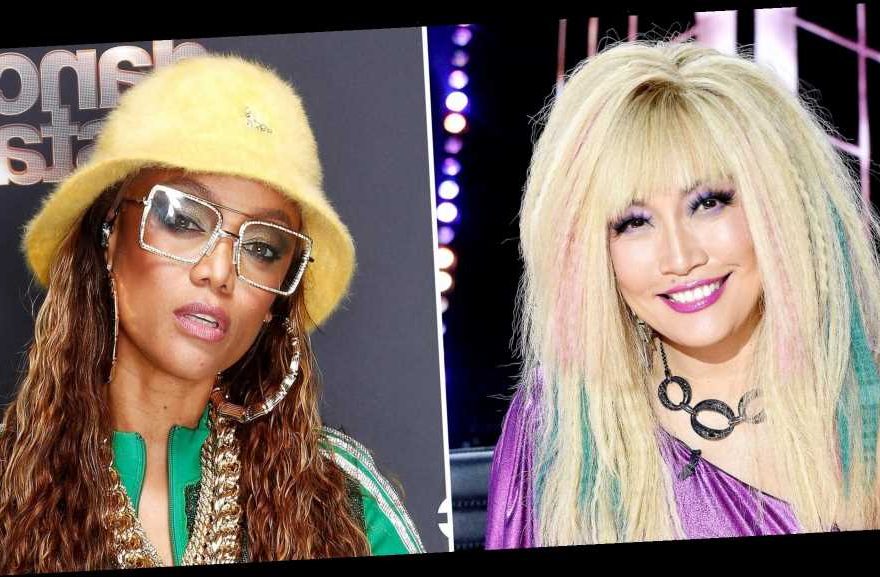 Supporting her host! Carrie Ann Inaba definitely feels the difference on Dancing With the Stars without longtime hosts Tom Bergeron and Erin Andrews, but that doesn’t mean she doesn’t have love for Tyra Banks.

“I miss Tom and Erin … because we’re like family. I don’t get to see them every week. But I do think Tyra’s brought an amazing energy. I mean, it’s been controversial, yes — let’s just say it — it has been,” the judge, 52, told Us Weekly after the Monday, October 12, episode. “But what I think is that she has an excitement to her that is sort of hard to put words to. That’s what makes people want to tune in. She’s so passionate about what she does, and I’m loving that she’s bringing this fashion game to the show.”

In July, the DWTS family — including Bergeron, 65, and Andrews, 42, — were shocked by the news that ABC would not be bringing back the hosts. Bergeron has hosted the dance competition series since its 2005 debut and Andrews joined in 2014. One day after ABC announced it, they shared that Banks, 46, would be stepping in.

The In Living Color alum also told Us that the reality show is a “huge” undertaking, which the supermodel has effortlessly taken on.

“It is not easy for any of us, and I think that she’s stepped in and she’s filled the shoes and she’s done an amazing job and taken it in her own direction,” Inaba continued, before noting that she can relate to replacing a favorite on TV.

In 2019, she stepped in for The Talk host Julie Chen, who left the show amid misconduct allegations made against her husband, Les Moonves.

Couple Alert! Every ‘DWTS’ Pro and Celeb Who Found Lasting Love on the Show

“That’s probably why I have so much compassion for what Tyra’s going through because I joined The Talk during a very tumultuous time,” the Hawaii native explained. “She was so gracious in the way that she allowed me to step into her shoes and she said, ‘I would love to see you there my Asian sister.’ Even at the beginning of the season at The Talk, Julie sent me roses as a good luck and best wishes and I love her so much because she’s just an amazing woman. And listen, this business is what it is. It’s fickle and we all know it. All of us that are in this, we all know our time is limited wherever we are, so we may as well just have fun where we’re at and do the best that you can and support each other. So I support Tyra 100 percent.”

Dancing With the Stars airs on ABC Mondays at 8 p.m. ET.