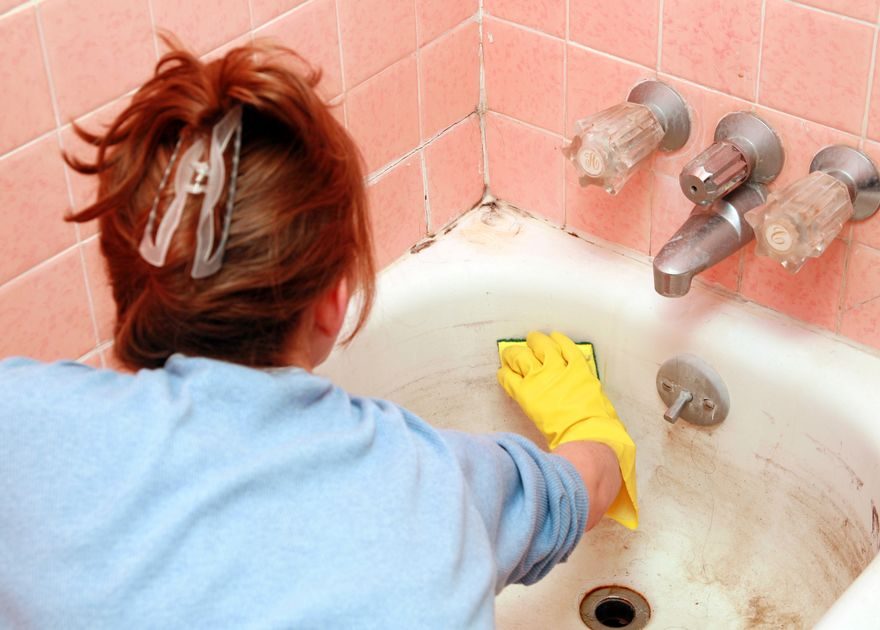 More and more of us are learning to love cleaning thanks to Mrs Hinch and other social media stars who have somehow made dish cloths and disinfectant cool.

But mopping, sweeping and dusting can all have a negative effect on our health. And, in some cases, cleaning can even make us ill.

We spoke to cleaning expert Ralitsa Prodanova from home cleaning firm Fantastic Services about the top 10 mistakes you could be making around your home and the best way to keep your pad spick and span.

Nobody wants their house to get mouldy, but scrubbing spores can be extremely hazardous.

Ralitsa says: “Black mould, caused by damp, is unsightly and it's tempting to try and scrub it away. But doing so could cause respiratory problems – and even hallucinations.

“Black mould that grows on damp walls can often be highly toxic. These living, organic moulds can send spores into the air – which spread like a virus.”

The most common type of mould can cause respiratory problems, skin inflammation, tiredness and nausea. Whereas moulds such as “rye ergot” can even cause hallucinations.

“The most effective way of combatting mould is to pour bleach into a spraying bottle, before covering mouldy areas and letting the bleach get to work for 30 minutes. Open all windows to allow any toxic fumes to escape and wipe and rinse the area.”

From dumbbells to yoga mats, many people have some form of fitness equipment lying around at home. But how often do they get thoroughly scrubbed?

Ralitsa, says: “There have been lots of studies into the bugs that lurk on workout equipment. And, often, gym equipment carries more germs than toilets – including those which can cause boils, eczma, acne and rosacea – aw well as the dreaded superbug, MRSA.

“Gym equipment might get missing in your cleaning routine but it needs to be wiped and disinfected regularly.”

When you're using multiple cleaning products you need to be careful not to mix them.

Ralitsa, says: “Household cleaning chemicals are often hazardous. But they become even more dangerous when mixed.

“The key thing to watch out for is mixing bleach with other substances. Bleach and any ammonia-based cleaners is a no-no, as it can potentially create a toxic gas that could even prove deadly in some circumstances. Meanwhile, bleach and vinegar can also release a gas that can attack your airways.”

Forget everything your mother told you, as making your bed can actually be bad for your health.

Ralista, explains: “You should actually stop making your bed in the morning, as soon as you wake up. Instead, you should throw the duvet off the bed and let your mattress breathe.

“Dust mites love warmth and humidity, which is why they love your bed.

“The problem is that their microscopic faeces can trigger reactions, including asthma and eczema , as well as sneezing, a runny nose, red eyes, itching, tightness in the chest and shortness of breath.

“But if you leave your bed unmade every morning – exposing your bed to cold air – the miles will simply dehydrate and die.

“Then it's just a case of washing bedding weekly in hot temperatures while frequently dusting and vacuuming, too.”

Not cleaning the vacuum

Most of us only empty our hoovers when they are full. But it needs to be done on a regular basis.

Ralitsa explains: “The brushes and the insides of vacuums essentially act as a mobile germ factory.

“Bacteria and germs are festering and breeding on the inside, multiplying rapidly. And, there has been research to suggest that 15 per cent of all vacuum cleaners actually harbour the bug, E. coli.

“I'd advise homeowners to empty their vacuum on a much more regular basis and to give it a good wipe and disinfection after every use, too.”

Forgetting to seal the deal

It's incredibly close to all our food – but the fridge seal is often overlooked in the cleaning process.

Ralitsa says: “Fridge door seals typically have lots of folds and crevices, where it pushes against the sides of the unit in order to form a tight seal. But these crevices are food residue traps and bugs can sit there, undetected, for years.

“It can also trap mould, which gets released every time you close and open the door and which can lead to allergies.”

Not throwing the towel in

Tea towels often get used multiple times before they're tossed into the washing machine. But you should actually be changing them every single day.

Ralitsa says: “Tea towels are often moist and warm from previous use – allowing for bacteria to multiply rapidly.

“I'd recommend you either replace them every day with clean, dry ones. Or wash them at the end of each day, so they are ready for use again the next morning.”

And Ralitsa suggests performing the same routine for our oven gloves too.

Putting the lid down

Your bathroom might be sparkling after a good clean, but you'll instantly undo all your hard work if you leave the lid of your toilet up when you flush.

“Every time you flush your toilet, poo particles are flung into the air,” says Ralitsa. “These bio-aerosols can be extremely harmful – and the airborne water droplets are often contaminated with viruses and bacteria.”