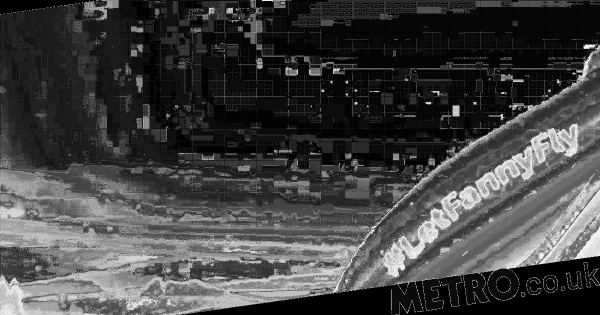 Edinburgh City Council and Edinburgh Fringe Festival organisers have come under fire for claims they banned the use of a vagina illustration and vagina blimp in the Scottish city.

Elvie, a women’s health and wellness brand, intended to host an educational pop-up at the festival to highlight female incontinence problems.

This included a booth which featured a large illustration of female genitals, accompanied by the phrase ‘The P*ssing Booth’, to be set up on the Royal Mile – one of the main streets of Edinburgh – outside St Giles’ Cathedral.

However, founder and CEO of the brand, Tania Boler, claims festival organisers banned the use of the illustration. This was followed by a decision from the city council to then ban the use of a 19ft vagina blimp that Elvie planned to fly in the same spot.

Elvie has now started a petition urging the council to #LetFannyFly and the blimp is currently flying on a farm just outside the city.

‘At this year’s Fringe Festival we’d planned a campaign involving an educational pop-up, billboards, and a blimp in the shape of a vagina,’ Tania tells Metro.co.uk.

‘As one of the most open-minded arts festivals in the world, we assumed that the Fringe would be comfortable, but we were proved wrong and were told that any use of vaginas on the Royal Mile was “not suitable”.’

Tania added: ‘Incontinence is an issue that affects 1 in 3 women. If this was another health condition, it would be considered an epidemic and the subject of activism across the country and the world.

‘But because wetting yourself is seen as a taboo, people don’t talk about it and women feel a sense of embarrassment and fear judgement.

‘As a result, research shows that three quarters (72%) of women never seek treatment.

‘The time for brushing this issue under the rug is dead, we have shout about from the rooftops if we want to see real change.’

The petition, which was launched two days ago, has so far been signed by 1,000 people.

‘Our beautifully crafted and loveable 19ft blimp, Fanny, is currently grounded and lonely in a field just outside Edinburgh,’ it reads.

‘Join us in petitioning the Council to lift the ban and allow Fanny to fly and fulfil her destiny.

‘You can help us get Fanny soaring today by signing this petition and using the hashtag #LetFannyFly to spread the word.

‘Show her that we are not ashamed of female body parts or talking about women’s health issues, least of all at the largest and most celebrated arts festivals in the world.’

Metro.co.uk approached Edinburgh Fringe Festival for a comment and received a statement that claims the Fringe Society offered alternative spaces to Elvie, but a compromise has yet to be made.

‘The Fringe Society have been liaising with a third party agency over the past few months regarding a space for Elvie on the High St and at no point have we banned them from participating,’ the statement reads.

‘The space in question is located right next to St Giles Cathedral and – alongside colleagues in City of Edinburgh Council – we have to consider the interests of multiple stakeholders when considering what activity can take place in that location.

‘We have been supportive of Elvie’s initiative from the outset, and have offered their agency multiple alternatives (both in terms of separate sites across the Fringe and different ways of organising their stand on the High St), but sadly have not been able to reach an agreement with them to date.

‘The Society remains open to discussions with Elvie to try and find a way forward that suits both parties.’

Metro.co.uk has also approached the Edinburgh City Council and this article will be updated once a reply has been received.