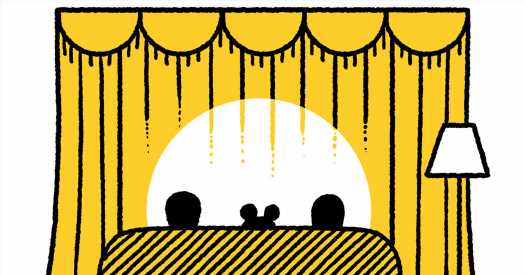 Even a year as extravagantly Grinch-like as 2020 can’t quash holiday shows entirely. Rather than succumbing to despair and too much eggnog, theater companies have instead turned to performance capture, audio drama, livestream, green screen, shadow puppets and virtual reality to deliver festal entertainment. So let heaven and nature sing, unbothered by Zoom time delays. Here are a few suggestions to enjoy virtually.

Pantomime? Oh yes, it is!

The English tradition of pantomime — with its fractured fairy tales, its playful cross-casting, its audience call-and-response — has never really caught on in America. But this year, several companies have made these comedies available internationally. In England, the Belgrade Theater’s Iain Lauchlan has created a version of “Jack and the Beanstalk,” which includes a good fairy from Britain’s National Health Service and a cow that measures at least six feet, so that the two actors inside can appropriately distance (belgrade.co.uk, through Dec. 31).

Meanwhile, the Nottingham Playhouse will stage a version of “Cinderella” with the ball open to all (nottinghamplayhouse.co.uk, from Dec. 19). Sleeping Trees have prepared an antic panto mashup, “The Legend of Moby Dick Whittington” (thesleepingtrees.co.uk, through Dec. 31). Scotland’s Pace Theater Company offer free performances of “Lost in Pantoland” (pacetheatre.com, from Dec. 19). The National Theater of Scotland’s “Rapunzel: A Hairy Tale Adventure” draws parallels between a certain tower-trapped princess and the experience of lockdown (nationaltheatrescotland.com, from Dec. 22). Also in Brit, Perth Theater spreads Southern hemisphere joy with “Oh Yes We Are! A Quest for Long Lost Light and Laughter” (horsecross.co.uk, through Dec. 24).

Actual caroling is frowned upon this year (singing really sends those viral particles flying) and “A Christmas Carol” is also a dubious in-person proposition in most places. But the actor Jefferson Mays and the director Michael Arden have filmed “A Christmas Carol” — with Mays playing all the roles, even a potato. The Times critic Jesse Green described the show as “an opportunity to make what was already a classic story feel new, while also making it feel as if it should matter forever.” (achristmascarollive.com, on demand through Jan. 3.)

If a one-man “Carol” strikes you as mere humbug, try the relative luxury of Jack Thorne’s “A Christmas Carol” at the Old Vic, directed by Matthew Warchus. (A version played on Broadway two winters ago.) In this production, livestreamed from an empty theater, Andrew Lincoln stars as Scrooge. Thirteen other actors assist in his transformation (oldvictheatre.com, through Dec. 24). Or consider the wizardry of Manual Cinema, which tells the tale with hundreds of paper puppets and silhouettes (manuelcinema,com, through Dec. 20). Or close your eyes as the ghosts of Christmas past, present and future appear via audio in “A Christmas Carol on Air” from the American Conservatory Theater, which takes the theater’s beloved holiday production and adapts it for radio (act-sf.org, on demand through Dec. 31).

This season, many companies have retrofitted familiar tales to better reflect the themes of an unfamiliar year, offering comfort or its opposite. Let’s start with what a story like “Twas the Night Before Christmas” leaves out. Do you really think it’s jolly Saint Nick who sorts out how to distribute all the presents? As a gentle corrective, North London’s Little Angel Theater, offers a free online puppet show, “Mother Christmas,” in which Mrs. Claus organizes the package delivery (available on YouTube). Prefer a darker vision of the Christmas story? Try “Krampusnacht,” a live immersive virtual reality experience that promises to reveal horror beneath that red suit (krampusnachtvr.com, through Dec. 27).

The Christmas-industrial complex is mighty, but for those looking for some Hanukkah counterprogramming, Untitled Theater Company has reworked its children’s theater show “Playing Dreidel with Judah Maccabee” for remote performance. Via Skype, Zoom or phone, an actor will connect with a young person in your household for a time-traveling, dreidel-playing adventure (untitledtheater.com, through Dec. 20).